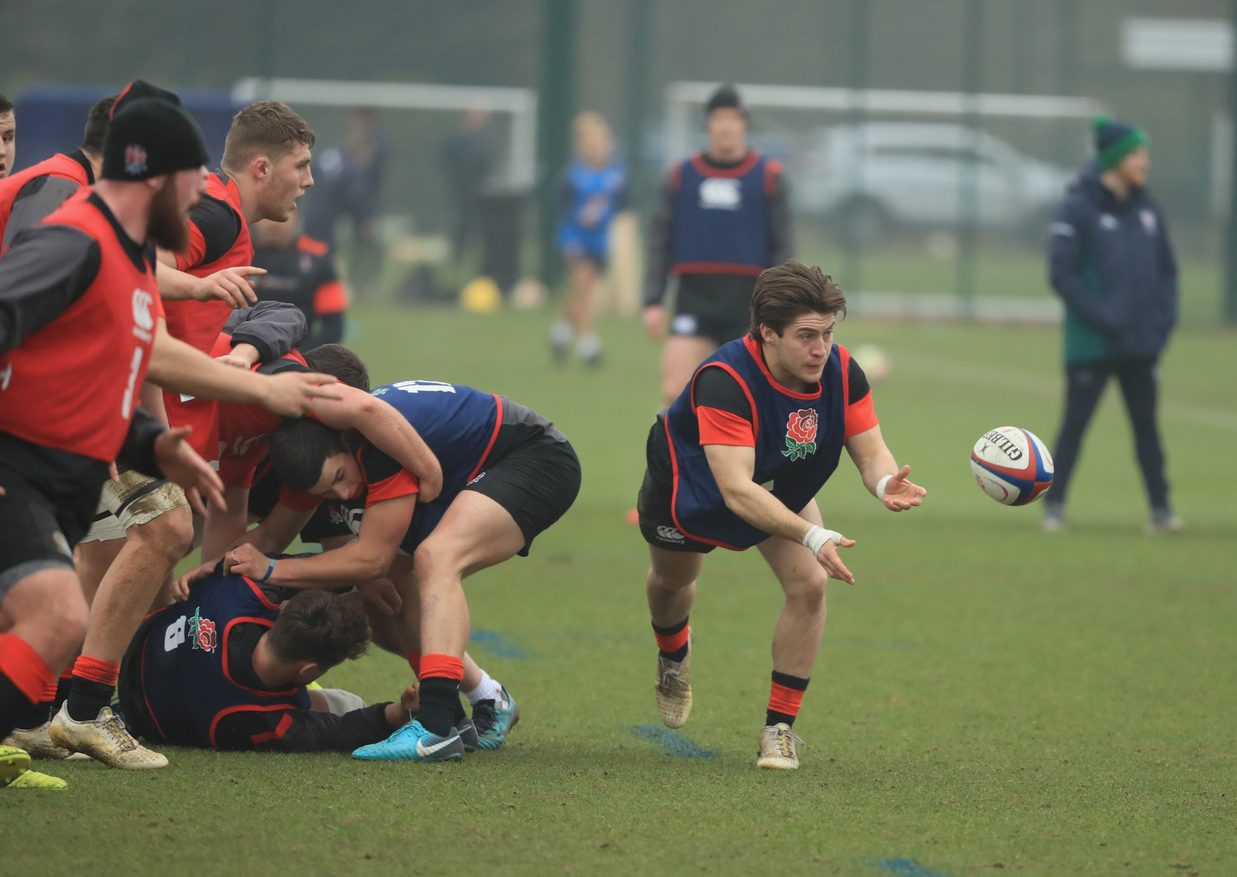 London Irish academy graduates Rory Brand and Josh Basham represented England Under-20s on Friday night as they were narrowly defeated 24-17 by Scotland Under-20s in their third match of the U20 Six Nations.

Scrum-half Brand was the architect for England’s second score, his superb cross-field kick collected by Tom Seabrook for the score.

The hosts had scored the first try of the match through Ewan Johnson, while Ross Thompson added the extras but England led 17-7 at the break through converted tries from Tom Hardwick and Seabrook, while Hardwick also sent over an earlier penalty.

Scotland fought back in an impressive second half with two tries from Finlay Richardson and a penalty try to earn their first win of the tournament and inflict a first defeat on England.

It was a first 40 that England dominated and despite being camped inside Scotland’s half for the opening 10 minutes, it was not until Hardwick’s penalty on 11 minutes that an impression was made on the scoreboard.

Scotland went in front after Johnson bundled over from close range and Thompson’s conversion took the score to 7-3.

Seabrook was one of three debutants starting at under-20 level for the first time, along with Lawrence and Cadan Murley, taking England's total for the tournament to 20.

Jordan Olowofela was sin binned 10 minutes into the second half and from the resulting penalty lineout Richardson bundled over for 12-17.

Scotland were then awarded a penalty try after a maul was illegally brought down in the corner as they took a 19-17 lead with 15 minutes remaining.

Beck Cutting also came on for his England debut and soon after Scotland had a bonus-point try with Richardson intercepting loose lineout ball to go over for his second.

Sean Reffell was also introduced to win his debut as Scotland held on for victory.

England Under-20 head coach Steve Bates said: “It’s disappointing because we created a lot of opportunities and didn't finish enough in the first half, we had the wind at our backs and we didn't capitalise on it and didn't turn that territorial advantage into points.

“I think the players have to understand that in international rugby you have to take opportunities and look after the ball, we made too many mistakes, maybe lost our cool a little bit and forced the game a little bit more than we should have.

“For a lot of these guys that would have been the first time they have been in that position but they will learn from that and the real test is to pick themselves up for France.”