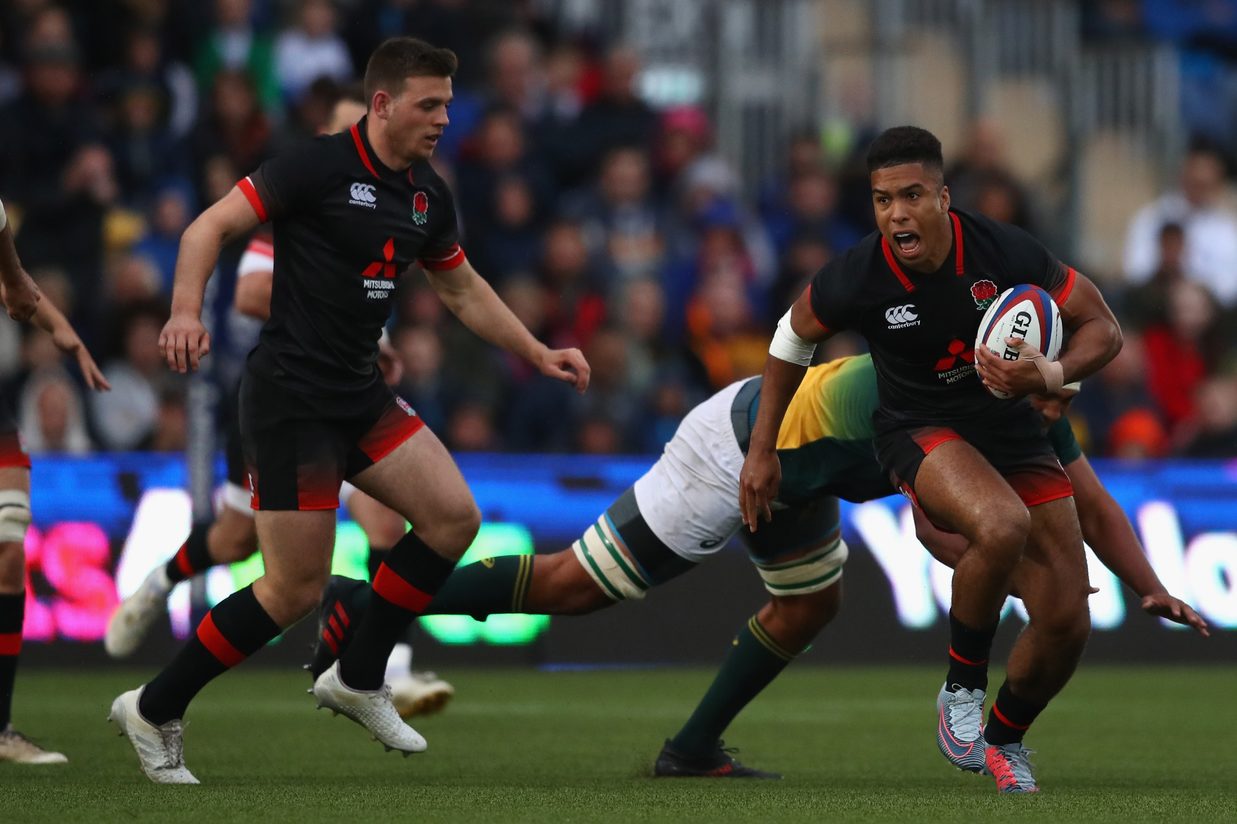 Loader, who was one of three Exiles involved for England U20s during a 26-12 defeat, bounced off a series of Springbok defenders on his way to crossing in the corner. Result aside, the England fledglings had an extremely competitive hit-out ahead of this summer’ World Rugby U20 Championship.

England trailed 14-7 at the break with South Africa scoring converted tries through David Kriel and Rewan Kruger, while Loader went over in response with James Grayson kicking the extras.

Tries from Junior Springbok duo Rewan Kruger and Rikus Pretorius either side of Henry Walker’s try sealed victory for the visitors.

The fixture was arranged as preparation ahead of the World Rugby U20 Championship in France (30 May – 17 June) in which England meet Argentina in Narbonne (30 May, 5.30 KO BST), Italy (3 June, 3.30 KO BST) in Perpignan and Scotland (7 June, 8pm KO BST) in Pool B at Beziers' Stade de la Méditerranée.

Narbonne and Perpignan will host the semi-finals and ranking play-offs on 12 June, with Béziers hosting all finals day matches on 17 June across two pitches.

Head coach Steve Bates said: “It’s always disappointing to lose an international but we knew it was going to be a chance for us to try different combinations, give players a first taste of U20 rugby and we have to take those things into consideration as well as the positives from the fixture. We know what we have to work on.

“Fair play to South Africa, they were very physical, they played well in the first half and drove the lineout well, but when at half-time we solved that problem we gave a good account of ourselves. They scored a late intercept try so we have to be too careful not to judge things solely on the scoreline.

“This will be far more useful for us than having a 50-point victory over lesser opposition. This will stand us in good stead heading into the World Rugby U20 Championship and will also be useful for us to refer back to when we go to France.”