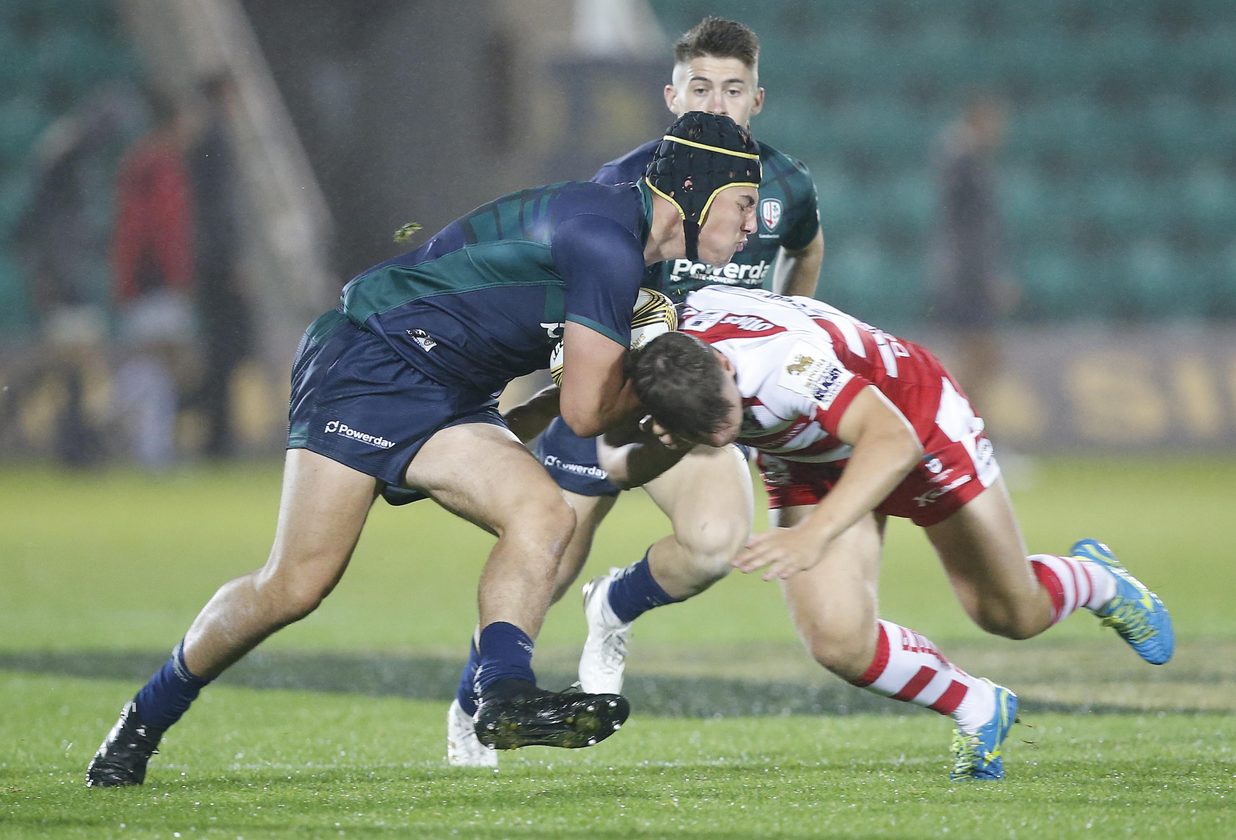 Ollie Hassell-Collins and Josh Basham got themselves on the scoresheet for England Under-18s as they defeated South Africa Schools 52-22 in the final game of their summer tour.

England led 19-0 at the break through tries from Hassell-Collins, Basham and Sam Moore.

South Africa scored second-half tries through Muller du Plessis (2) and Henco Martins as well as seven points from the boot of Qamani Kota.

After South Africa missed two early penalties England looked to have opened the scoring with Arron Reed collecting Cameron Redpath’s cross kick to dot down in the corner. However, it was disallowed for an earlier knock on.

Soon after though, England did cross with Hassell-Collins diving over in the corner after England did well to create an overlap on the left wing.

Tom Seabrook prevented a certain try with a last-ditch tackle and a penalty soon after inside England's 22m saw the pressure averted.

From the resulting line-out England broke up field and after several phases Basham burst through for the second try of the game which Redpath converted.

Captain Moore scored a third England try which Redpath converted for 19-0 in what were the last points of the half.

South Africa were back in the game with a try after the break after du Plessis jinked his way down the left wing and over in the corner.

A second try followed shortly after with Martins crossing and Kota's conversion took the score to 19-12.

Kota sent over a penalty for 19-15 but England had a fourth try through Rigby who barged over from close range and Redpath's conversion extended the lead further.

A fifth try followed moments later after Willis was the beneficiary of some fine offloading in contact by his team mates.

Du Plessis had a second try scything through for South Africa's third try which Kota converted taking the score to 31-22.

However, England settled matters with Murley darting through and Wilkinson's conversion extended the lead further.

Spink and David scored late on, which Wilkinson converted taking the final score to 52-22.