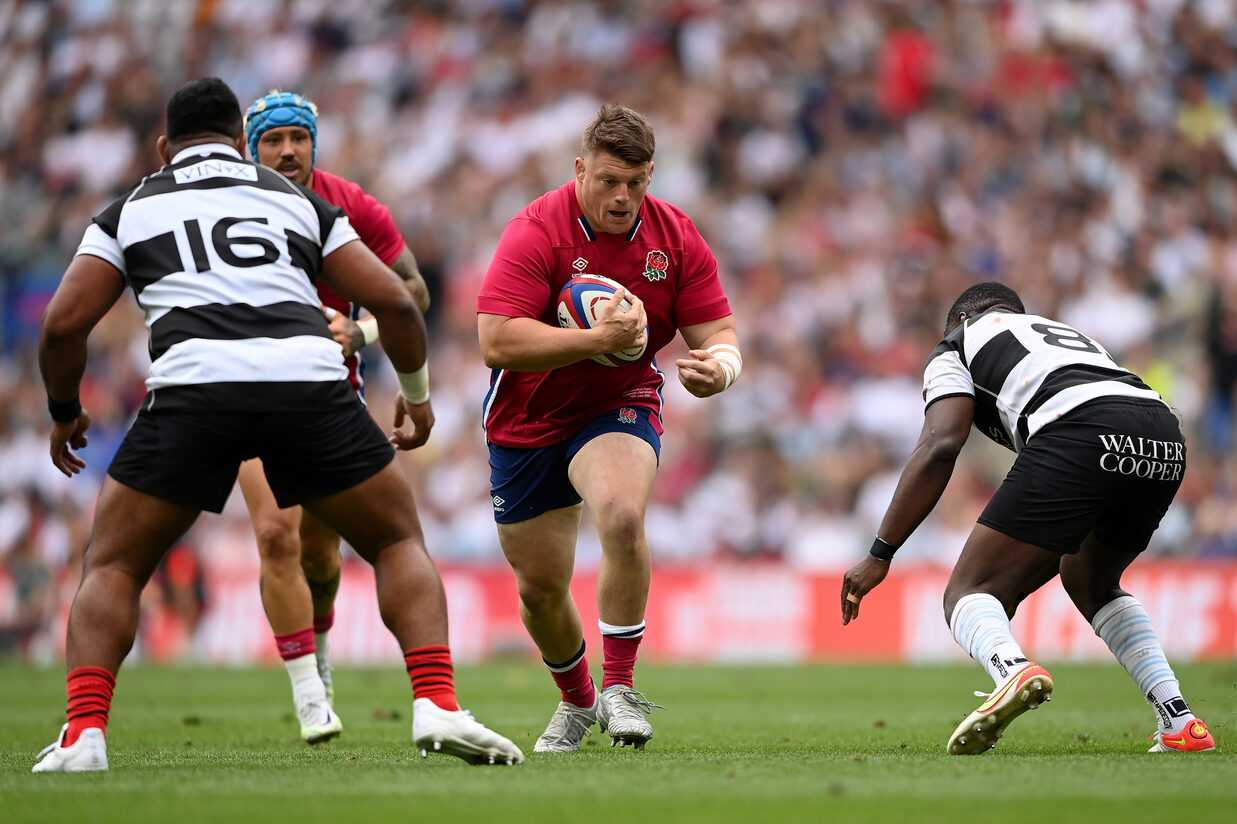 Will Goodrick-Clarke was welcomed into the international fold for the first time on Sunday when England hosted Fabien Galthié’s Barbarians side at Twickenham Stadium.

The 26-year-old was named as one of Eddie Jones’ finishers on the day, taking to the pitch on the 61st minute to replace Harlequins tighthead prop Will Collier in the 52-21 defeat for the home side.

In what was his novel appearance for his nation, Goodrick-Clarke will nonetheless have to wait for his first official cap for England with the game marked as an uncapped test in south-west London.

Goodrick-Clarke averaged six metres per carry, completed one pass and executed two tackles in the last 20 minutes against the invitational outfit.

The first test of the summer for England saw their visitors cancel out Marcus Smith’s opening penalty with two tries, the first of which was awarded by referee after Jonny May’s deliberate knock-on before captain Charles Ollivon crossed early on in the second quarter.

Former Exile Joe Cokanasiga built on another Smith penalty to bring England to within three, but not even Will Skelton’s dismissal could stop a firing Baa Baas side as Clermont Auvergne’s Damian Penaud dotted down before half time.

It took Baptiste Couilloud six minutes to resume scoring for the French-dominant 23, with departing lock George Kruis leaving his mark on the game by adding the extras, before May redeemed himself with a well-worked try.

The touring squad for England’s three-fixture series against Australia is set to be announced this week before the opening test against the Wallabies on 2nd July in Perth (ko 10.55am BST).