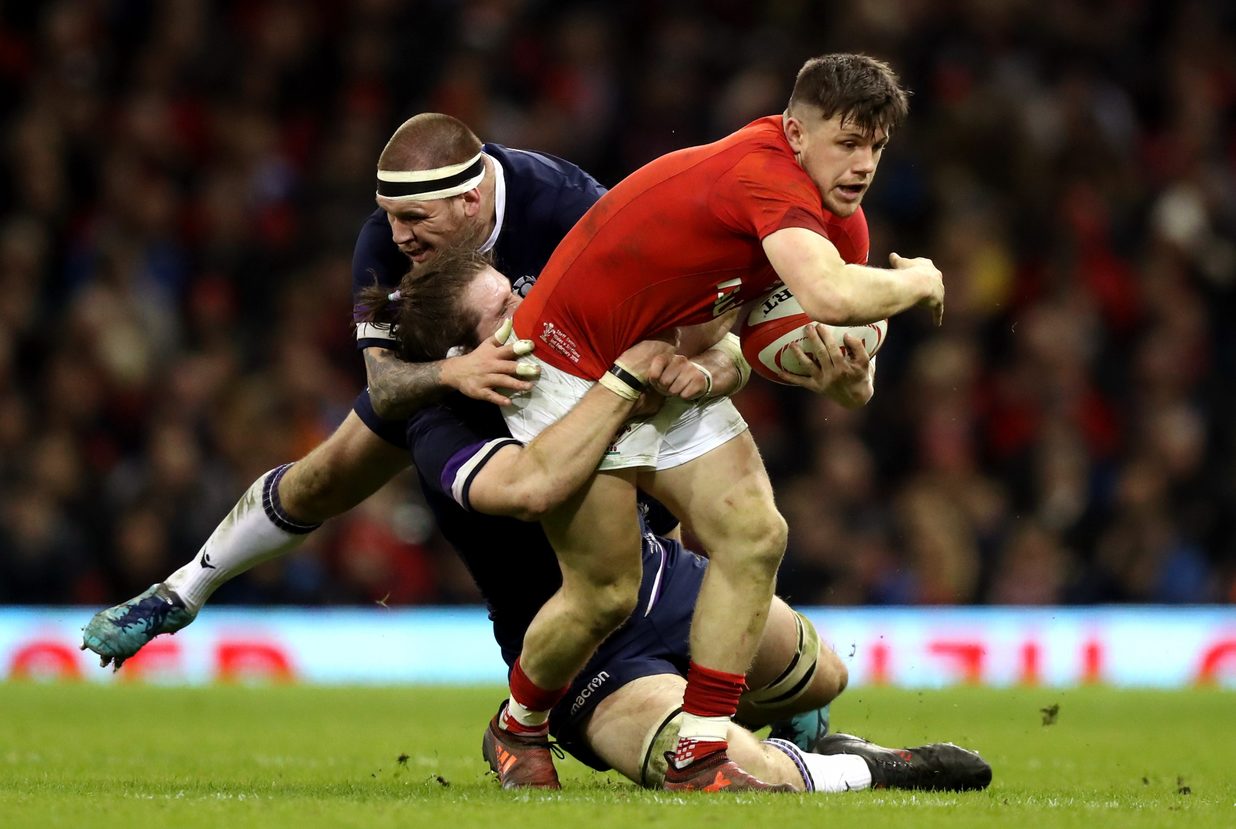 London Irish had five players on international duty at the weekend as both the U20 Six Nations and the NatWest Six Nations got underway.

Tom Parton, Ben Loader, Rory Brand and Josh Basham all played their part in England Under-20s’ 27-17 victory over Italy on Friday, while loosehead prop Gordon Reid took to the field for Scotland against Wales at the Principality Stadium the following day.

Parton and Loader crossed for a try apiece, the former scoring a scintillating solo effort on 51 minutes to mark his 20th birthday in style.

Meanwhile Reid, who joined the Exiles last summer, was awarded his 28th Scotland cap during a 34-7 defeat to Wales in Cardiff. Starting the game in the front row alongside Stuart McInally and Jon Welsh, the former Glasgow Warrior gave a good account of himself despite tasting defeat on the opening weekend of the NatWest Six Nations.

“It’s great to see a number of our players gaining international recognition and it is testament to all of their hard work this season,” said London Irish director of rugby Nick Kennedy.

“Everyone at the club is immensely proud of our four academy graduates who represented England Under 20s and they each have a bright future ahead of them.

“I thought Gordon scrummaged well for Scotland at Cardiff and I’m sure he will be keen to build on this display.”