INTERNATIONAL WATCH: Exiles trio get off to winning start with England 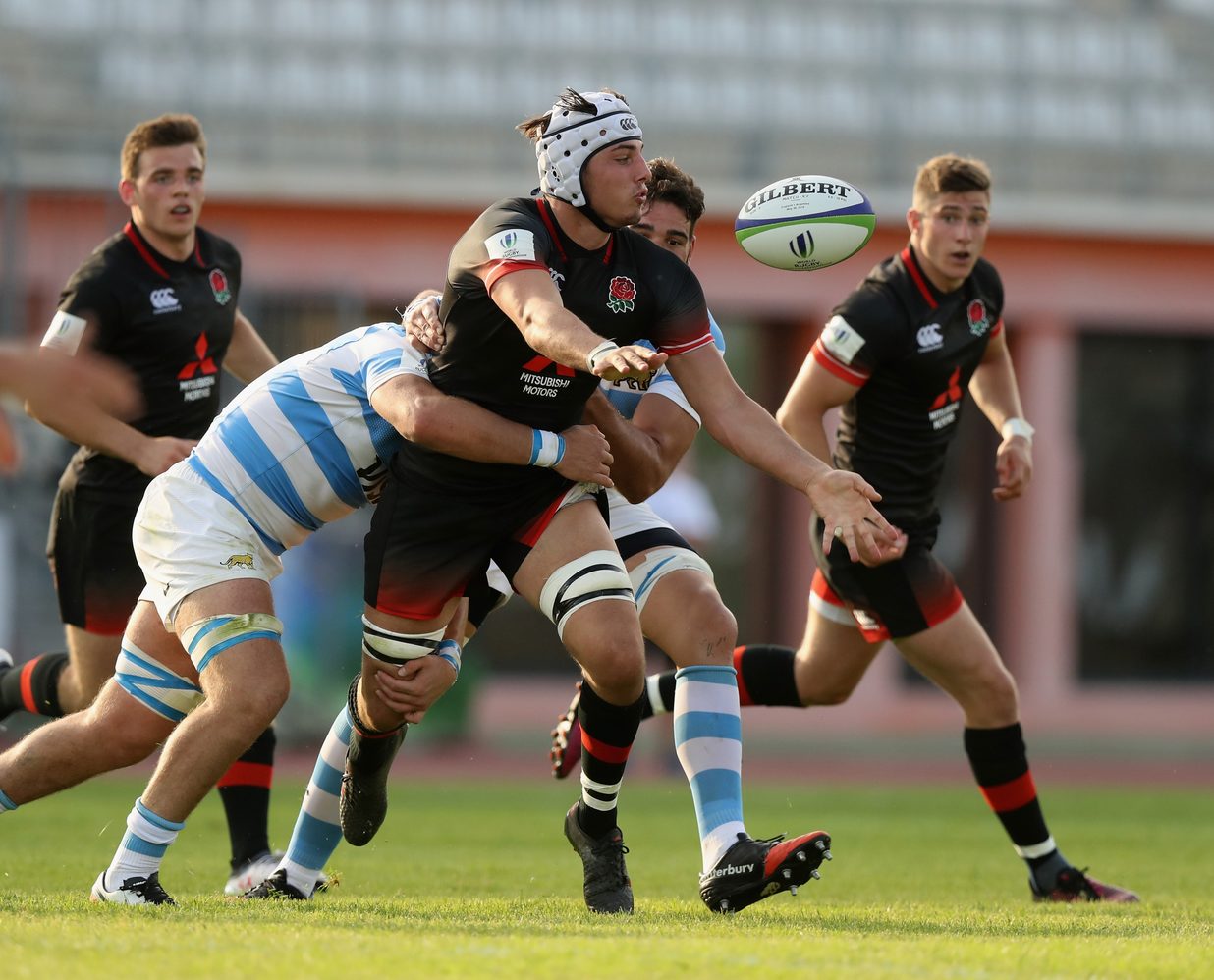 London Irish’s Tom Parton, Josh Basham and Rory Brand played their part in yesterday’s 39-18 victory over Argentina in the opening fixture of the World Rugby U20 Championship in France.

Full-back Parton and back-row Basham both started the contest, while scrum-half Brand came off the bench in the latter stages.

Argentina had responded with tries via Santiago Chocobares and Bautista Pedemonte as well as five points from the boot of Juan Bautista Daireaux.

Second-half tries from Walker and Marcus Smith, both converted, as well as Tom Hardwick's penalty helped seal victory for England with Joaquín de la Vega Mendía kicking Argentina's only points of the half.

They will next play Italy in Perpignan on Sunday before ending their Pool B fixtures against Scotland in Beziers.

Argentina scored the first points of the game, latching onto a spilled ball in midfield and Chocobares had a clear run to the posts with Daireaux sending over the extras.

England were straight back in the game, as Olowofela wriggled over and Grayson converted.

Daireaux kicked a penalty for 10-7 but Walker bundled over off the back of a collapsed maul for a second converted England try.

Gabriel Ibitoye was introduced midway through the half for Ali Crossdale as soon after Argentina had a second try with Pedemonte barrelling his way to the line from 5m out for 15-14.

A powerful maul and neat hands from England’s three-quarters put Olowofela in space for a second try as well as a third for Steve Bates’ side and a 19-15 half-time lead.

A Grayson penalty shortly after the break stretched the advantage and minutes later Walker charged over for a second try and the bonus point score.

Mendía's penalty reduced the deficit to 11 points before Hardwick's long-range effort restored the lead to 14. A late Argentine yellow card was capitalised on by England as Olowofela surged deep into Argentina territory before lifting an offload into the path of replacement Smith - who duly crossed the whitewash.

Head coach Steve Bates said: “There were some really good bits in there, we scored some good tries, we scrummaged well, we got the ball from the lineout and scrum regularly, so all in all we’ll look back on that and say that’s not a bad start to the tournament.

“There is plenty for us to work on but that’s a tough start, a physical start, so we’ve got to be careful with our recovery now and move forward.

“I think it is really important in this competition that you’re not chasing points all the time so winning, particularly the first game, is massive and it’s very important to start with that."