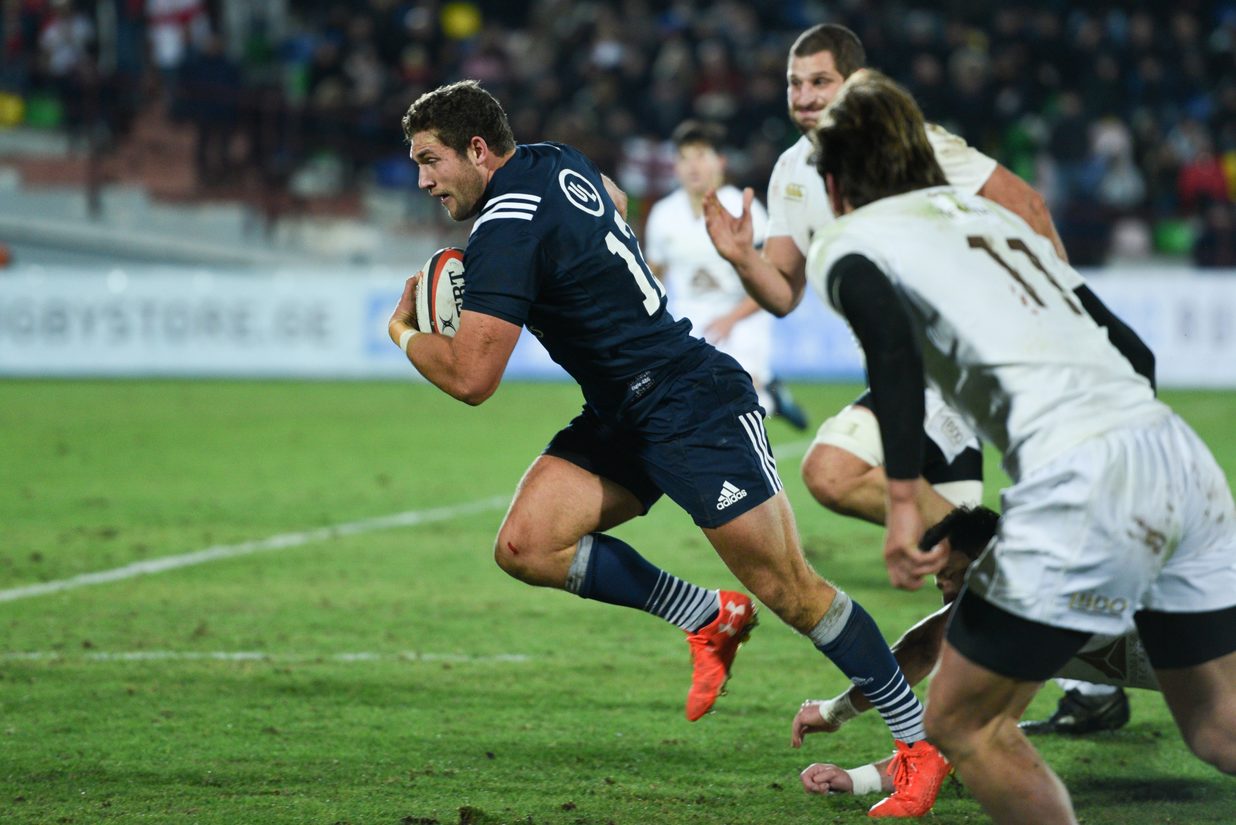 Bryce Campbell and the USA Eagles got their Emirates Airline Summer Series underway in style with an emphatic 62-13 victory over Russia in Denver. The Indianapolis-born centre has recently expressed his delight after inking a deal with London Irish, and the 23-year-old played the full 80 minutes of his country’s nine-try triumph on Saturday.

Former Exiles head coach Gary Gold, who spearheads USA’s management team, said: “The boys made some really good decisions and followed that up with some really good execution. Going into half-time with five tries under our belt was pleasing, with all of them coming from the strategy and plan that we put in place.”

USA’s next fixture is against Scotland in Houston this Saturday, before rounding off their summer campaign against rivals Canada.

Meanwhile Manu Samoan international hooker Motu Matu’u, who is also one of six recruits to have made the move to Irish, went head to head with Exiles and Fiji tighthead Manasa Saulo during a pulsating encounter in the opening round of the Pacific Nations Cup at ANZ Stadium. Fiji secured an impressive win, running in four tries in the process.

Samoa are preparing for a home and away Rugby World Cup 2019 play-off against the winner of next weekend’s European qualifier between Germany and Portugal, but had few answers as the hosts built a 24-3 lead early in the second period.

Titimaea Tafua’s side did rally in the final quarter, but Fiji were able to hold on to claim a 24-22 win which puts them in the box seat heading into the second and final round of games on 16 June.

Hosts Fiji take on Georgia next Saturday in what will effectively be a title decider after the European side beat Tonga 16-15 in the day’s opening contest.

It means Georgia head into that match with the chance to finish their first Pacific Nations Cup campaign on top of the pile.