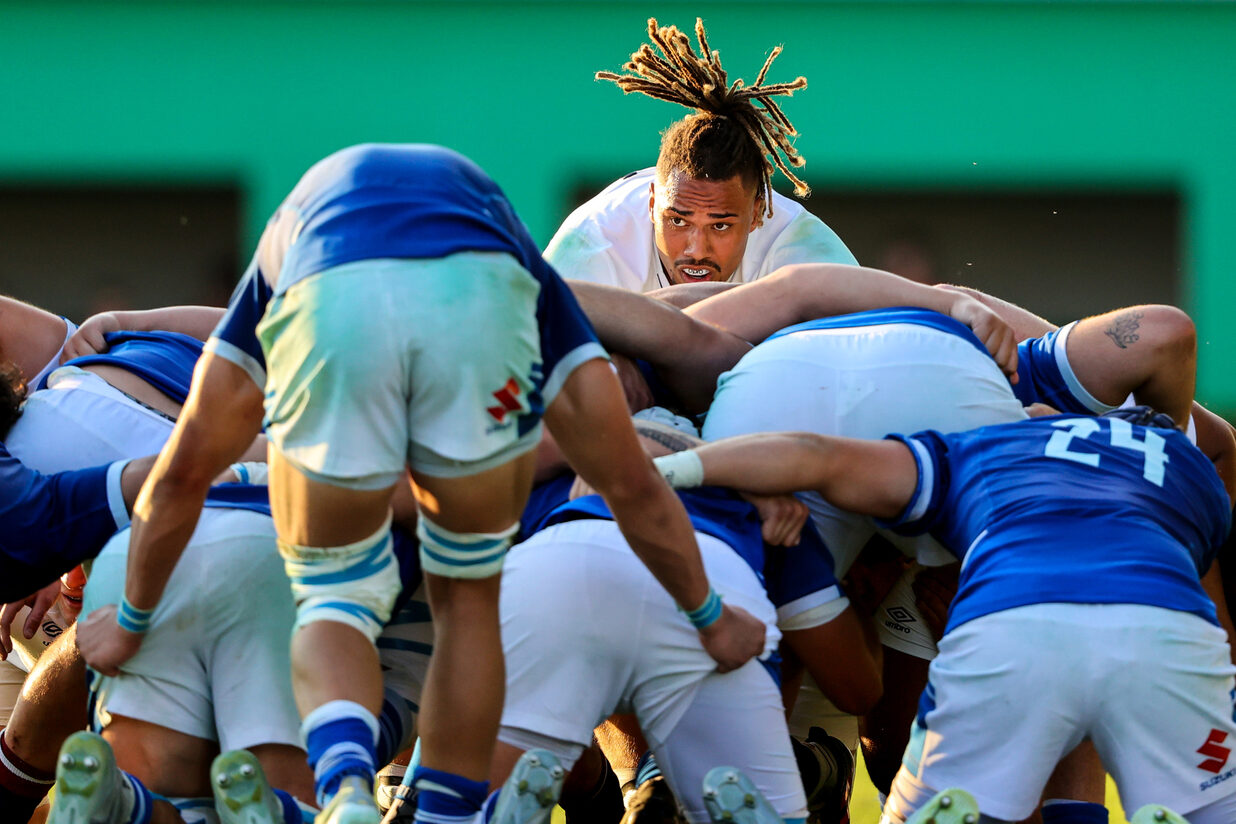 As the July summer tests concluded, ten of London Irish’s international representatives were named amongst their international squads.

Alan Dickens’ England under-20s completed their billing of fixtures in Italy whilst competing in the inaugural Under 20 Six Nations Summer Series, rounding off the tournament against the hosts in the play-off round last Tuesday (12th).

Four Exiles; Lucas Brooke, Chandler Cunningham-South, Alexander Harmes and Mikey Summerfield, were all included in the final matchday squad for the competition.

The Red Roses came unstuck in the final cross-pool encounter against Massimo Brunello’s men, finishing up 38-31 at the Stadio Comunale di Monigo, Treviso.

Teneggi sent over another place kick before Lorenzo Pani bagged a drop goal, but Team of the tournament candidate and captain Emeka Ilione and substitute Tom Lockett scored to reduce the 16-point deficit before Giovanni Sante bisected the posts to wrap up a double over England in 2022 following on from a 6-0 win in the 2022 Under 20 Six Nations.

Starter Brooke made one tackle and averaged five metres in each of his two carries, but his evening came to a premature end due to injury and was replaced by Clubmate Cunningham-South on 57 minutes.

Cunningham-South had a typically powering performance, making the second-most metres of any England player on the day (49), made five passes (including an offload) and seven tackles (joint-highest amongst England replacements).

Summerfield replaced Jevaughn Warren on 45 minutes and passed twice and made three tackles, whilst Harmes earned his second under-20 cap in the final minute, making a tackle.

Fiji couldn’t overcome rivals Samoa in the final round of Pacific Nations Cup fixtures at Churchill Park, with Api Ratuniyarawa playing out the first hour of the game.

Seilala Lam peeled off the back of a lineout to kickstart a Manu Somoa revival after the break, with Ratuniyarawa then replaced by Club Athlétique Brive Corrèze Limousin’s Kitione Kamikamica.

Rodney Iona nudged over a three-pointer to take the visitors to within a score before Lam powered over for his second converted to try to bring the scores to 23-20 and win Seilala Mapusua’s side their fourth Pacific Nations Cup.

One of four series deciders between northern and southern hemisphere unions saw Australia host England at Sydney Cricket Ground, with apprentice players Will Joseph and Henry Arundell named as replacements once more for the former.

Tom Wright opened the scoring for the Wallabies with a flowing try off the back off a lineout and Noah Lolesio’s boot aided in a 10-3 scoreline, but Freddie Steward’s late try in the first half brought England back in to it.

Owen Farrell helped his side to lead 11-10 at the interval and fly-half Marcus Smith raced away to dot down in proximity to the uprights as England staved off a late Folau Fainga'a try to finish 21-17.

Whilst Joseph was an unused replacement, Arundell was brought on for his third cap for his country, replacing Tommy Freeman as Eddie Jones’ side saw out the result out to win the Ella-Mobbs Trophy and notch only their second-ever series win against Australia as tourists.

Three Argentinian Exiles were involved in the final test decider of the weekend as Michael Cheika’s Argentina overcame Scotland in the final minute of action at the Estadio Único Madre de Ciudades, concluding at 34-31.

Ewan Ashman and Duhan van der Merwe registered braces with a try in each half for the forward and back, but it was a slender margin of a mere point that the tourists could take into the break after a Santiago Carreras try and eight points from Emiliano Boffelli.

Gregor Townsend’s men let go of a 15-point advantage in the second stanza nonetheless, Nahuel Tetaz Chaparro and Gonzalo Bertranou setting up a grandstand finish before Edinburgh Rugby’s Boffelli condemned many of his teammates to a heartbreaking, series-defining loss with a converted try in the corner with the clock in the red.

Juan Martín González and Lucio Cinti, the latter of whom made his first appearance in the series, were also involved off the bench; González playing out the final 12 minutes and making three tackles whilst Cinti played 31 minutes after taking the place of Bautista Delguy.

Congratulations to all of our international representatives over the last month!