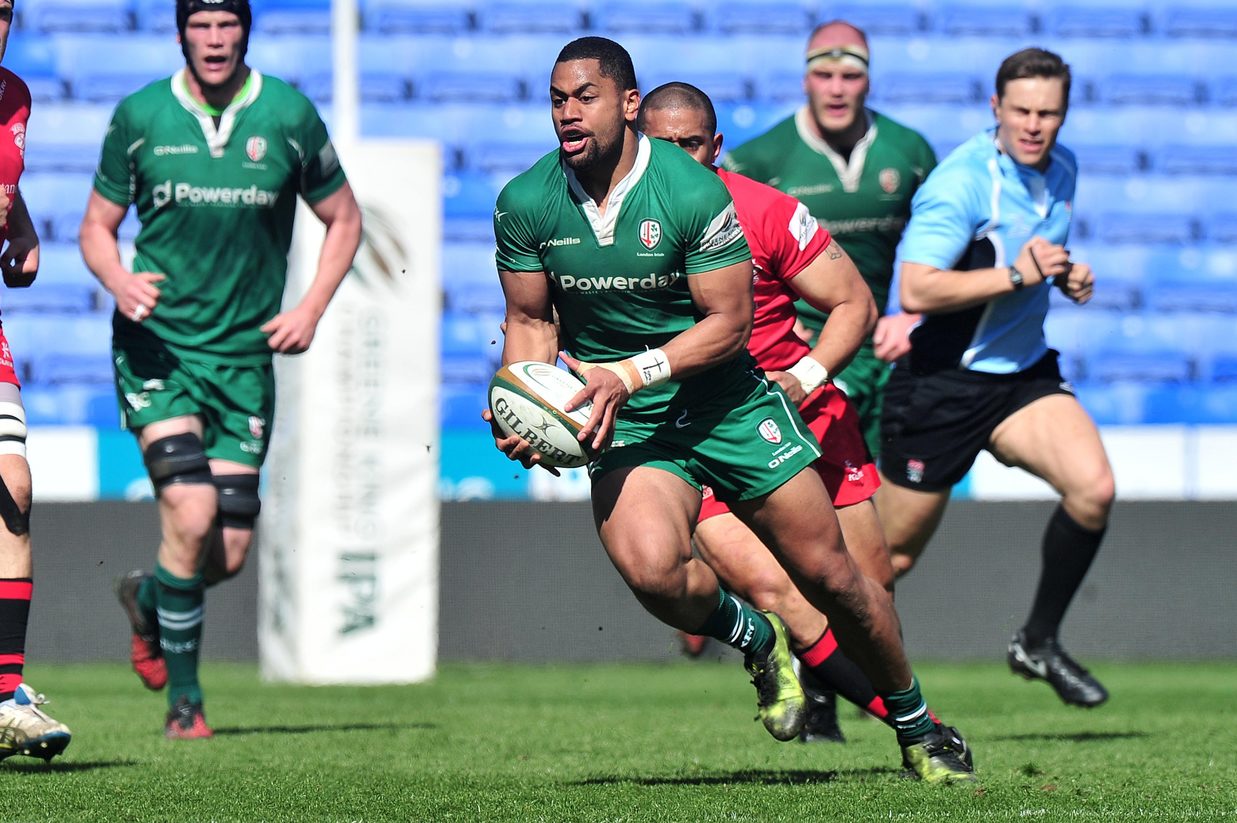 London Irish winger Joe Cokanasiga has been named in Eddie Jones’ 31-man England squad for the two-Test tour to Argentina in June.

Cokanasiga, 19, who was part of the England Under-20s side that was crowned U20 Six Nations Champions, has scored five tries in 11 appearances for the Exiles this season.

The squad will assemble at The Lensbury on Sunday 28 May to begin their preparations for the two-Test tour which sees England play at Estadio San Juan del Bicentenario, San Juan on Saturday 10 June and Estadio Brigadier General Estanislao Lopez, Sante Fe, on Saturday 17 June.

Jones has made a number of enforced changes to the coaching set-up to compensate for Steve Borthwick’s absence on the British & Irish Lions tour to New Zealand. Jones will take responsibility of the forwards, supported by Scrum Coach Neal Hatley. Defence Coach Paul Gustard adds the line-out and kick-off to his coaching remit and Glen Ella, who previously toured with England in Australia in 2016, will link-up with the squad in Argentina to assist Jones with the attack. The former Wallaby will be supported by Skills Coach Rory Teague.

“We have picked the best squad we have available and we are looking forward to going to Argentina and winning 2-0,” said England Head Coach Jones.

“The squad have a great opportunity to represent their country and win for England. There are a few new faces in the set-up so every training session and team meeting will count.

“The Pumas are a physically aggressive side and they have become very good at playing unstructured rugby; we need to make sure we control the structural part of the game and our defence will play an absolutely crucial role.

“Dylan Hartley will lead the side again having captained the team excellently during the RBS 6 Nations and will be supported by vice-captains Mike Brown, Danny Care and George Ford.”