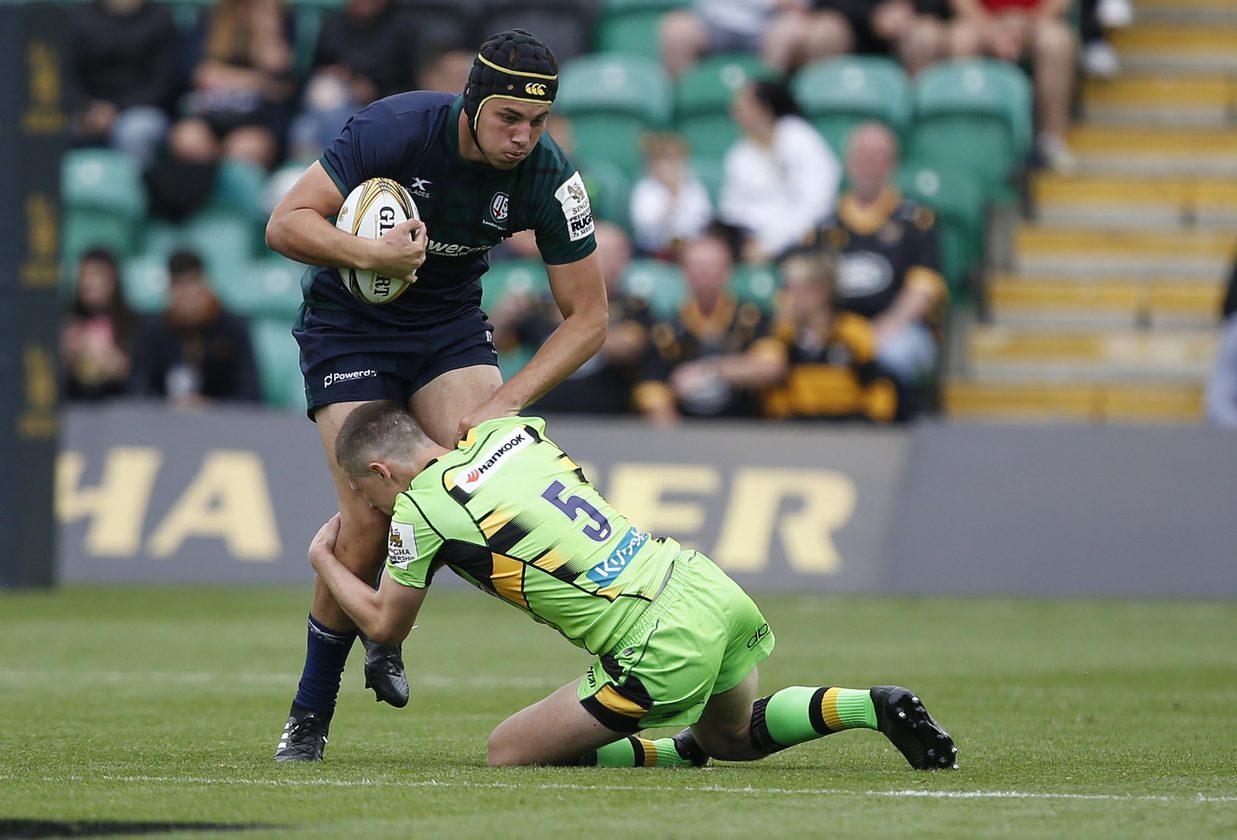 Josh Basham has paid tribute to the London Irish Academy as he gets set to represent England Under-18s against Wales in their second game of the summer development tour in South Africa today (kick-off 1.15pm BST).

Second row Basham and fellow club teammate Ollie Hassell-Collins have been named in the starting line-up for this afternoon’s contest and will be looking to help England to two wins out of two.

“London Irish have played a massive role in my development and have got me to where I am now,” said Basham, who featured for the Exiles during the Singha Premiership Rugby 7s.

“Academy coaches Patrick O’Grady and Richard Pryor as well as Declan Danaher have invested considerable time in helping grow as a rugby player.”

Looking ahead at today’s dual with Wales, Basham said: “I’m really excited and I’ve played against them once before, so we know it’s going to be a tough challenge for us but one which we are relishing.

“They pose a big physical threat in a number of areas and they are well-drilled, well-structured and well-organised.”