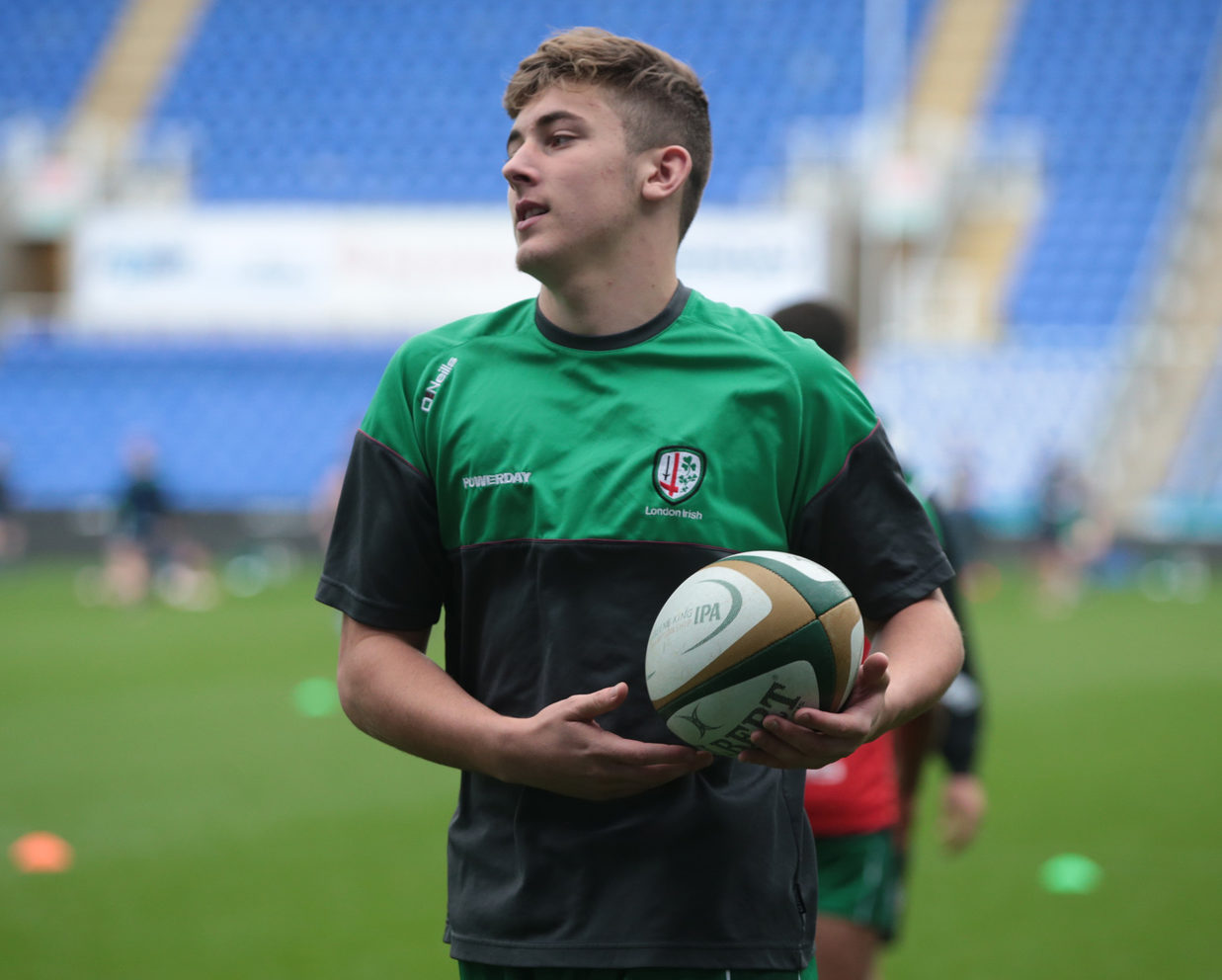 Promising back row Jack Cooke continued his development on the international scene this weekend, playing 80 minutes for Ireland Under-19s as they overcame Japan 50-31 at Donnybrook on Saturday.

Former St Paul’s pupil Cooke, 19, played a key role in the eight-try triumph and will be keen to put his hand up for selection in this weekend’s British and Irish Cup Semi-final.

Meanwhile, England Under-18 duo Ben Loader and Josh Basham tasted a 29-19 defeat against Wales at Ebbw Vale on Sunday.

Wales fought back from 12-10 down at the break to secure victory thanks to scores from Dewi Cross, Harri Morgan and a penalty try.

Academy Manager Patrick O’Grady said: “It’s great to see our Academy lads gaining exposure to international rugby and this will further enhance their experience as they look to progress as rugby players.

“Their selection for their respective countries is testament to the work they have put in both on and off the field.”

London Irish’s next home game is the British & Irish Cup Semi-final against Jersey Reds at 2pm this Sunday 2 April followed by the last regular home league game against Rotherham Titans at 3pm on 8 April. Tickets are available from 0118 968 1016 or click here to purchase online.