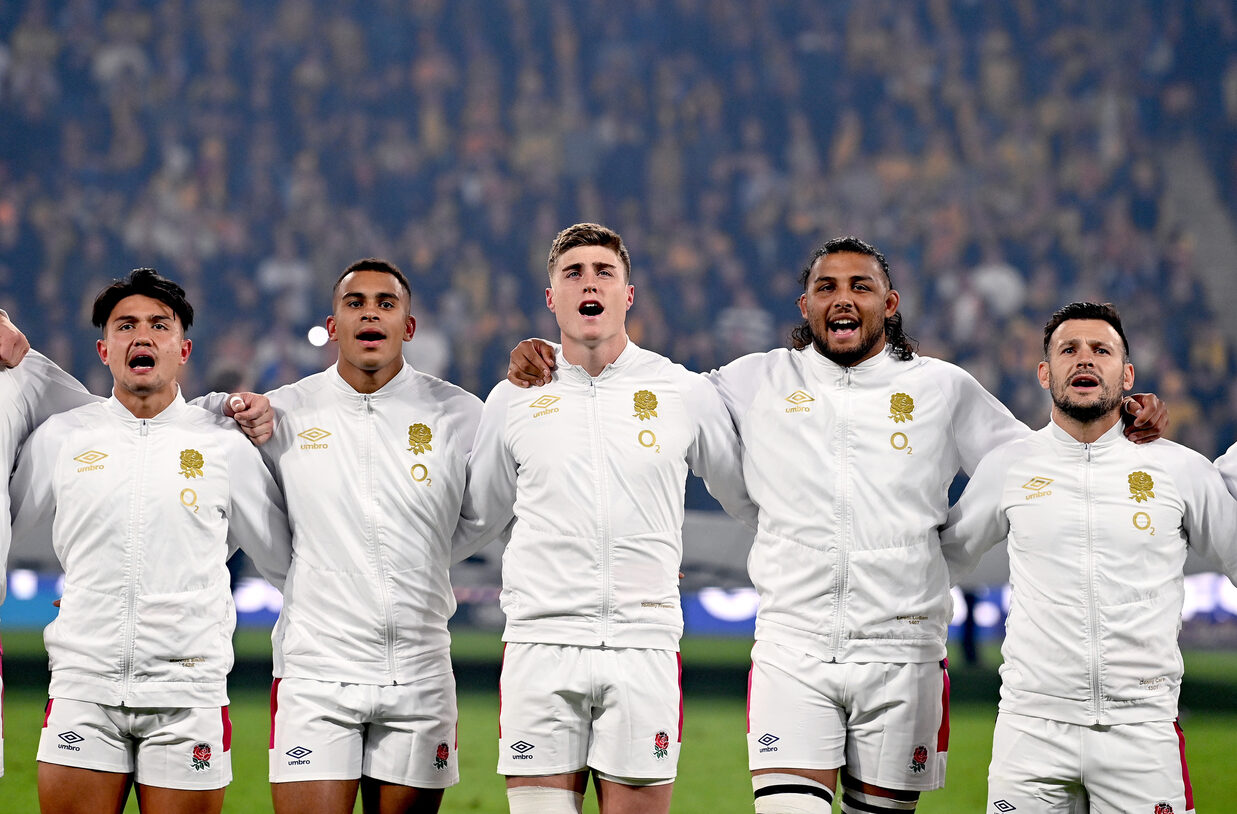 In a fulfilling moment for the Club, 13 London Irish players contributed to their respective national sides’ efforts over the past week across the globe.

England under-20s completed their pool stage fixtures in the Under 20 Six Nations Summer Series last Tuesday (5th), finishing in second place in Pool A despite a narrow 37-36 defeat to Ireland under-20s.

For the first time in the tournament, all four of Irish’s England representatives took to the field; with Alexander Harmes earning his debut off the left wing whilst Lucas Brooke, Chandler Cunningham-South and Mikey Summerfield came off the bench.

Harmes made his debut one to remember, scoring one of his side’s three first half tries in the opening five minutes whilst also averaging over 10 metres in each of his five carries.

The winger made two passes, three tackles with one registered as dominant, as the remainder of the Exiles representatives impressed as finishers.

Both Cunningham-South and Summerfield completed the final forty minutes, with the prop also notching a first try for the union at under-20 level accompanied by four tackles.

Irish’s back-row forward averaged just under six metres per carry, broke one tackle and made six, and also won a turnover.

Brooke was brought on the hour, gaining 20 metres from five carries, making a pass and completing all three of his tackles as the boys ready themselves to face Italy under-20s this Tuesday (12th) in a final cross-pool fixture.

Api Ratuniyarawa scored a second half try in a loss to Australia A in the second round of the Pacific Nations Cup, with the Flying Fijians unable to back up their opening 36-0 win over Tonga.

The irrepressible lock gave a glimpse into what he can offer to the Exiles next term with a powerful carry over the whitewash despite the best efforts of three Australia A defenders.

The tight game saw the hosts trail by a mere two points at 15-13, but Ratuniyarawa’s five-pointer was sandwiched between two tries from Filipo Daugunu and Jeremy Williams as Fiji prepare to take on former Exile Seilala Mapusua’s Samoa in round three.

Eddie Jones’ England side responded well to the challenge set out by their Antipodean counterparts Australia in the second test in Brisbane by winning 25-17.

The Roses were aided by a complement of not one, but two Exiles on the replacements bench in debutant Will Joseph and Henry Arundell.

Arundell tasted 11 minutes of gametime at the Suncorp Stadium, with Joseph brought on for a novel senior appearance for his country to make two metres from one carry and executing a tackle.

The tourists raced into a comfortable 19-0 lead before the break after a Billy Vunipola converted try and four penalties from Owen Farrell, yet Taniela Tupou raised attention with a late score in the opening forty.

Samu Kerevi crossed and Noah Lolesio reduced the deficit to five points, but Farrell remained calm to slot a sixth converted place kick on the day to set up a mouth-watering decider next Saturday (16th) in Sydney.

Facundo Gigena played the opening 46 minutes of Argentina XV’s encounter against Portugal in Lisbon, with the visitors needing a strong second stanza to overcome the hosts.

Irish’s prop forward was replaced by Ignacio Calles of Section Paloise shortly after the beginning of the second half whereby Portugal held the lead at 32-21.

An excellent display of character from Ignacio Fernández Lobbe’s team saw them overturn the scoreline with four tries courtesy of Mateo Carreras, Bautista Bernasconi, Lucas Mensa and Nicolás D’Amorim to complete their short summer tour of Europe with a 52-35 win.

Four London Irish players were involved at the Estadio Padre Ernesto Martearena when Argentina lost 29-6 to Scotland in the second test of the July series in Salta.

Ben White played the opening 54 minutes of the game and had a far-reaching influence on proceedings in his first Scotland start; assisting Mark Bennett’s try, bringing Gregor Townsend’s team to the line before Matt Fagerson touched down with the recycled ball, as well as making the second-most passes of any player on the field (43) and 7 tackles (joint second-most of any Scottish back in the game).

Kyle Rowe impressed in his first appearance for the Scotland senior team off the bench, immediately winning a jackal turnover for his side before half time after replacing Northampton Saint Rory Hutchinson.

Juan Martín González completed a successive full 80 minutes for his country and had another busy evening once more, gaining 38 metres with ball in hand (second-most of any Puma) and having the joint second-highest tackle count on the Argentine side with 15.

Another of Irish’s top try scorers in Agustín Creevy entered the fray at 54 minutes and came close to notching a try of his own, but was disallowed due to no clear grounding.

The veteran had a notable influence in driving his team forward after earning his first international cap since 2019 last weekend, gaining the third most metres of any forward employed by Michael Cheika on the day with 24, alongside three tackles and passes each.

Danilo Fischetti, Irish’s new loosehead accession, started once more for Kieran Crowley’s Italy side but was unable to influence the result with Georgia taking their first win against Tier One opposition in Batumi.

The Lelos opened the first half with one of a converted and unconverted score through Alexander Todua and Tedo Abzhandadze, with Italy’s response from Tommaso Menoncello soon muted by another from Abzhandadze.

The second period saw Tommaso Allan add two converted penalties to complete his 14-point haul, but it wasn’t enough as Georgia battled to a 28-19 win with more points off the boot from Abzhandadze and Gela Aprasidze.