In-depth insight with Declan Danaher ahead of Harlequins test

“The one that stuck with me was my first year and not even playing, having only been professional for six months.

“Conor O’Shea, Justin Bishop and Kieron Dawson were playing, Dick Best was coaching, and we beat them at the Stoop, and you could just see what it meant to that group.

“I always remember Dick Best’s half-time speech to the lads, and not only remembering how they played, but then also the enjoyment of going there and getting the win.”

Looking back to almost 23 years ago, Declan Danaher, Assistant Coach at London Irish, reminisces on his first win as a senior Exile at the Twickenham Stoop as a travelling side in 2000.

On that day, Dick Best’s Exiles established a 25-point swing, finishing 39-14, against their closest rivals via a Conor O’Shea brace and more tries from Jake Boer, Richard Kirke and Ben Whetstone.

Danaher, who adopted the game of rugby at a more belated age than his contemporaries, tells of the learning process it took to comprehend the south-west London rivalry up to his first Stoop derby.

“I didn’t really have a strong understanding of the Club and what it meant to people, and then also the natural rivalry of us and Quins.

“I joined a really tight-knit group of lads who had played here since they were minis, guys like Rob Hoadley and Kevin Barrett, they helped me understand what it was to support London Irish and made it clear to me then of who our big rivals were.

“I took in the gravity of the fixture, and also the enjoyment they took from wins and the banter that came with it in this neck of the woods, as I had lived in north London previously.

“A lot of those boys who grew up around Teddington, Ascot and Sunbury way went to school with and worked with guys that sat in either of the two camps.” 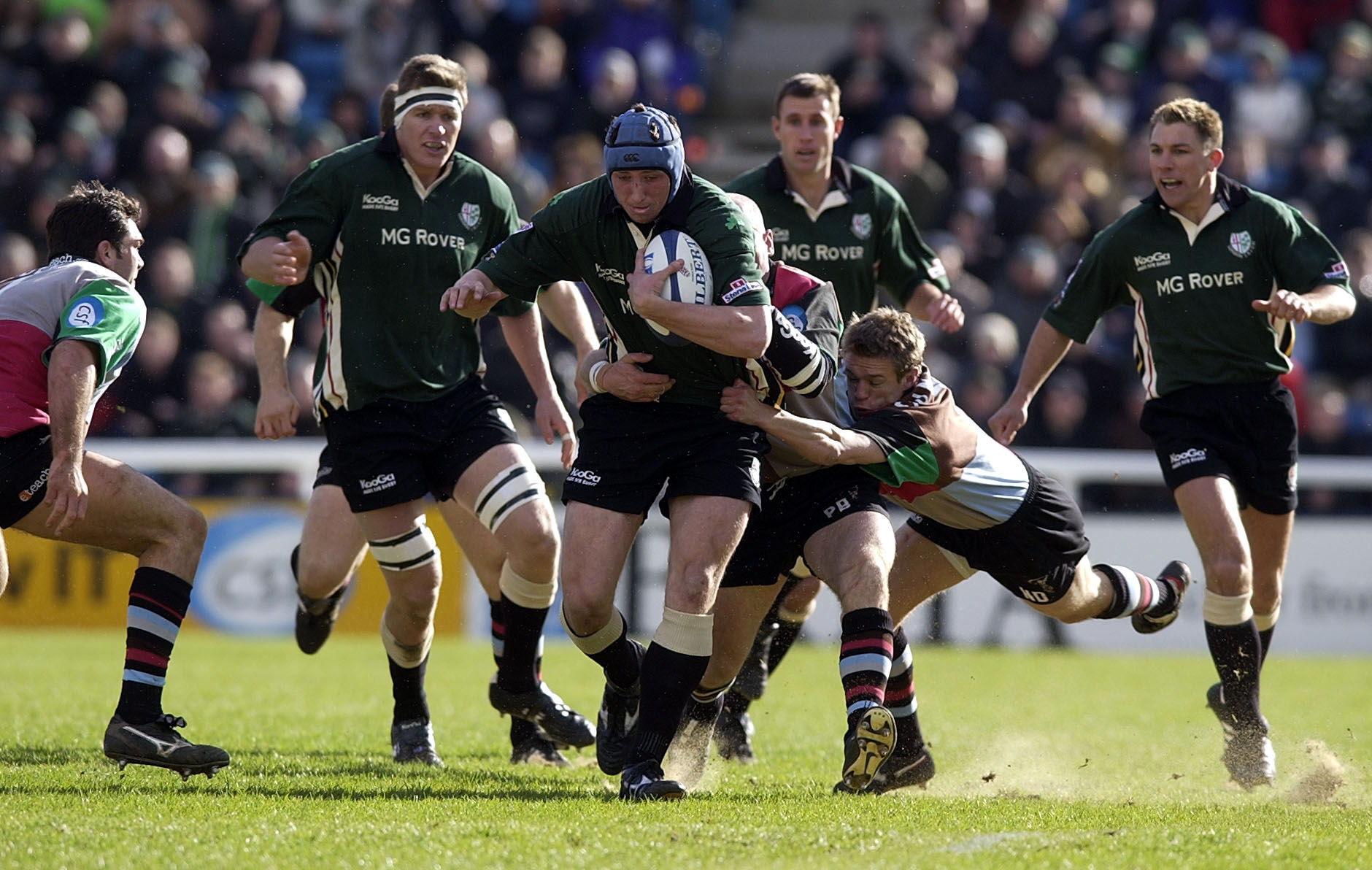 As a relationship with Irish now charts over a quarter of a century, the anxiousness heading into a derby gameweek is something the coach now takes into his stride.

That doesn’t mean the passion most associated Danaher and the teams he played a part in reaching the Powergen Cup and Premiership final appearances in the noughties has dissipated.

With the Club and the former back-row forward sticking by each other down through the years, Danaher tells of what the contest against the Famous Quarters holds within him today.

“Week to week as a coach, you try to keep a check on your emotion compared to when you played and keep a clear head, it’s very different and you do want that balance.

“It’s a great fixture that has hosted some great games over the years, and I have said to the guys at Quins that I do have a massive amount of respect for what they’ve done ever since they have won their first Premiership.

“Be it the style of play, but also in how they’re naturally adapting and changing – they’re not standing still anymore, and they have shifted how they are going about their business.

“It’s fantastic that we are back in London now and, it’s not just about one-off fixtures, I think we as a Club have to take ourselves to the level of what Quins are doing week in, week out in terms of growth.

“There is probably a bit of being the underdog for us this week, which isn’t a bad thing, and I think the fact that we are both in London now gives it the proper derby feel to the fixture.” 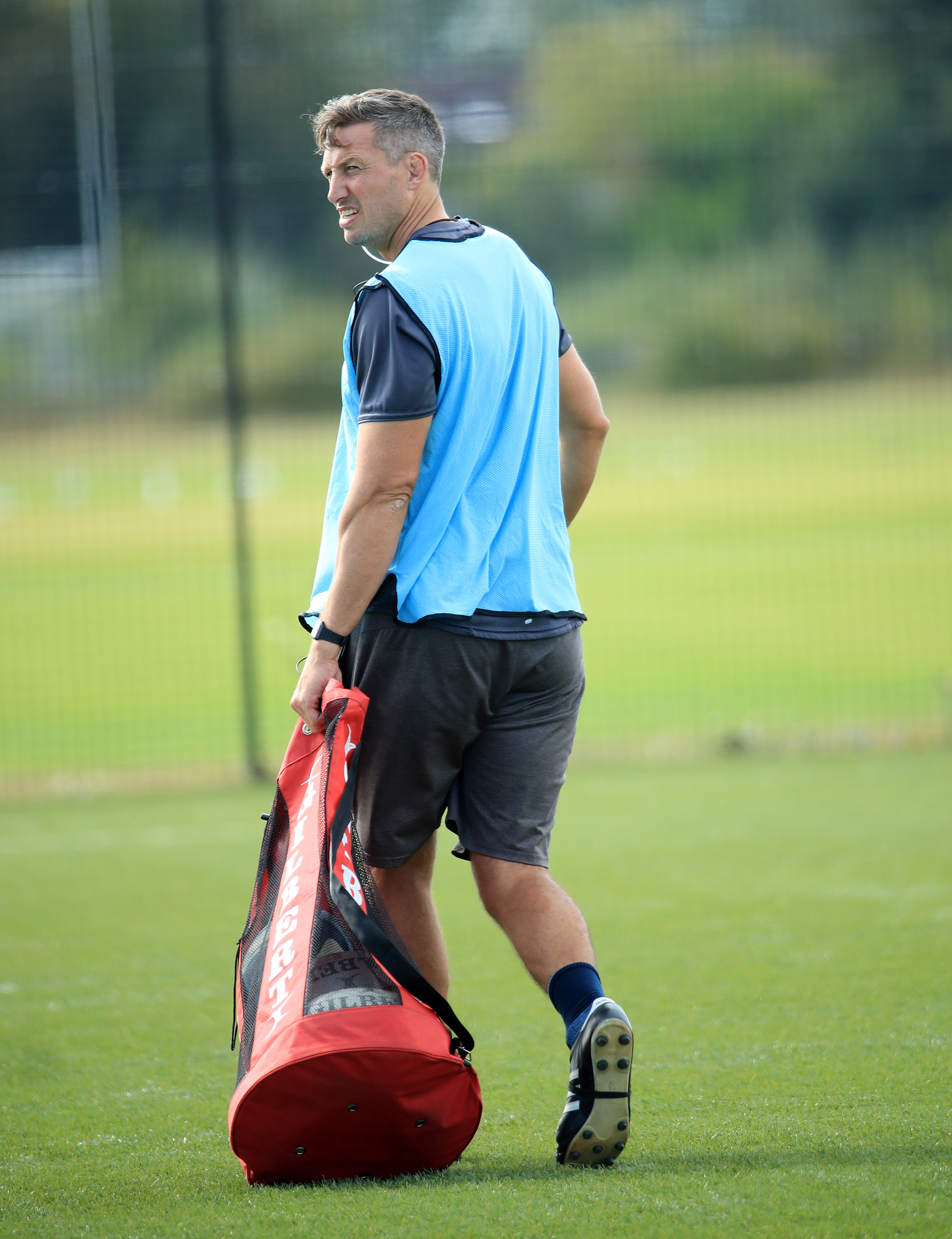 A sense of the rivalry between the Clubs, who once shared Saturday’s ground during the 1999/00 season, becoming amplified in recent times has captured the imagination of Premiership supporters and courted more attention outside of the capital.

The aforementioned geographical switches, style of play, and competitive fixtures have all been touted as possible explanations to such a vibrancy in matches like this weekends, but the coach cites the exciting personnel in each camp as to why the meetings have gone up a few notches.

Danaher explained: “You have a lot of young lads who want to go out there and perform, a lot of them are of a similar age like Cadan Murley to Ben Loader, Ollie Hassell-Collins and Tom Parton, and guys like Will Evans in the back-row a similar age to Josh Basham.

“You get that natural competition from those guys, and then there are the veterans like Danny [Care], Joe [Marler] who have been around for a long time.

“We have our contemporaries too, like Gussy [Agustín Creevy] who would be playing against those guys on the international stage.

“There are a lot of natural rivalries, that competitiveness brings the best out of people and going up against a very good team, you want to go out and perform.

“It’s a sign of respect for them, but also we have to not only raise our game but bring that consistency to put ourselves in with a chance to go toe-to-toe with them come the end of the season.” 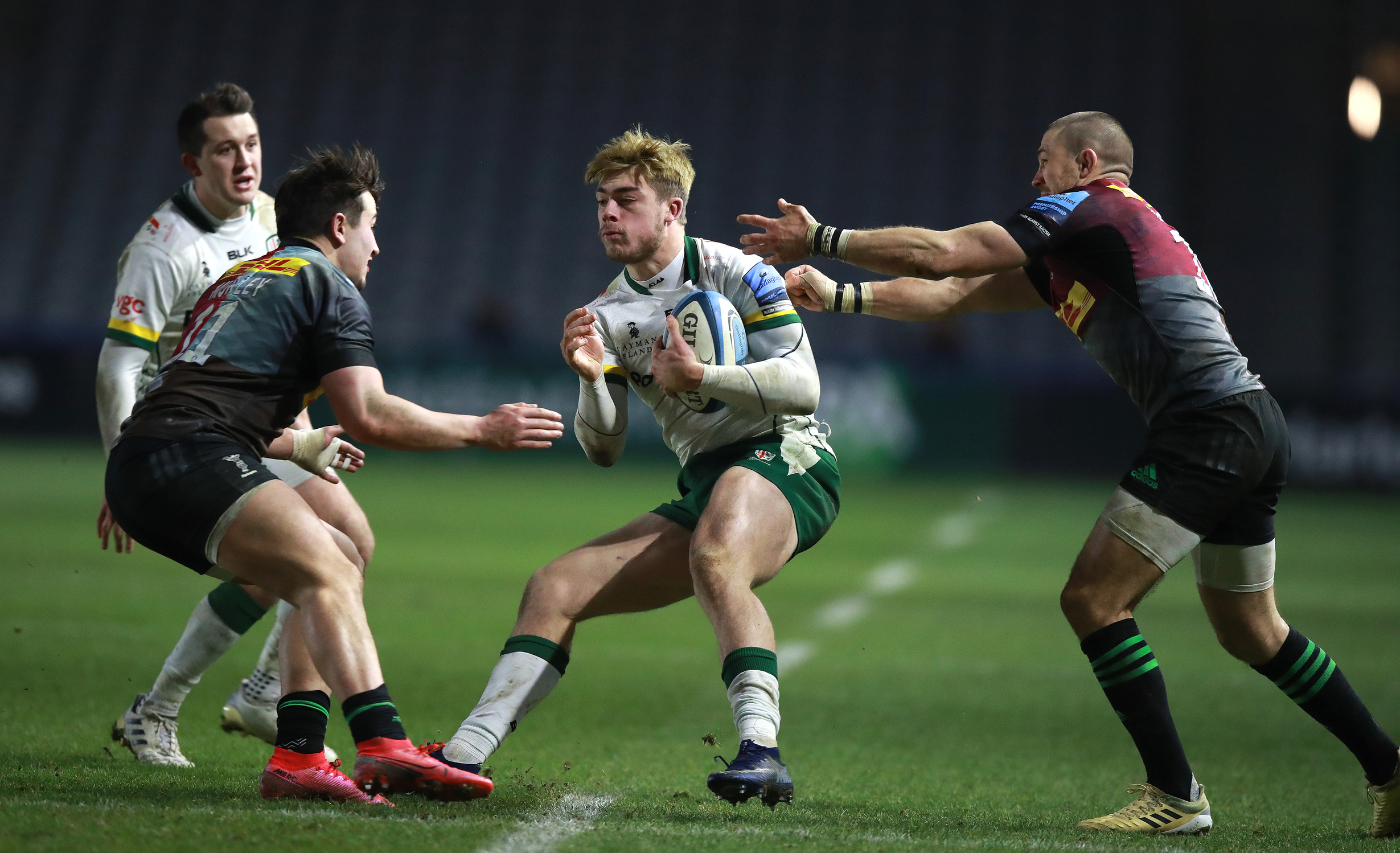 A few years below the senior set-up, Irish have great form against the Twickenham outfit with wins at the ACE, under-17s and under-18s levels, all on top of an Academy-dominated squad in the Premiership Rugby Cup win in Round 1.

“What it shows is that we have got a very, very good youth system coming through, and with our senior group they want to go out and put their mark on it,” Danaher states, and off the back of some tough league form, he analyses the senior team’s match-up on Saturday.

“The massively pleasing thing is the defensive performance put in at the end of that first half against Gloucester, it shows the work we have put in in that respect, and somewhere where we have really grown in the past couple of weeks.

“The thing that is going to be important this weekend is that ability to execute under pressure, and as well as that pressure, we’re acutely aware of the threat Quins possess particularly around the breakdown area with the likes of Will Evans and Jack Kenningham.

“We need to continue our defensive growth, our attack is in a good place with our try-scoring, and we just need to have the ability to move the ball out into space we can expose quicker, perhaps more ruthless with that.

“It will be a battle up front with a good scrum that they established with Adam Jones, it is something they pride themselves on and will be a big day there, and at the lineout as well.

“They had an absolutely massive result last week and are playing incredibly well, matching Sale’s physicality and I enjoyed their energy - we have to be ready to match that and be ready to play our game, which we will continue to stress.” 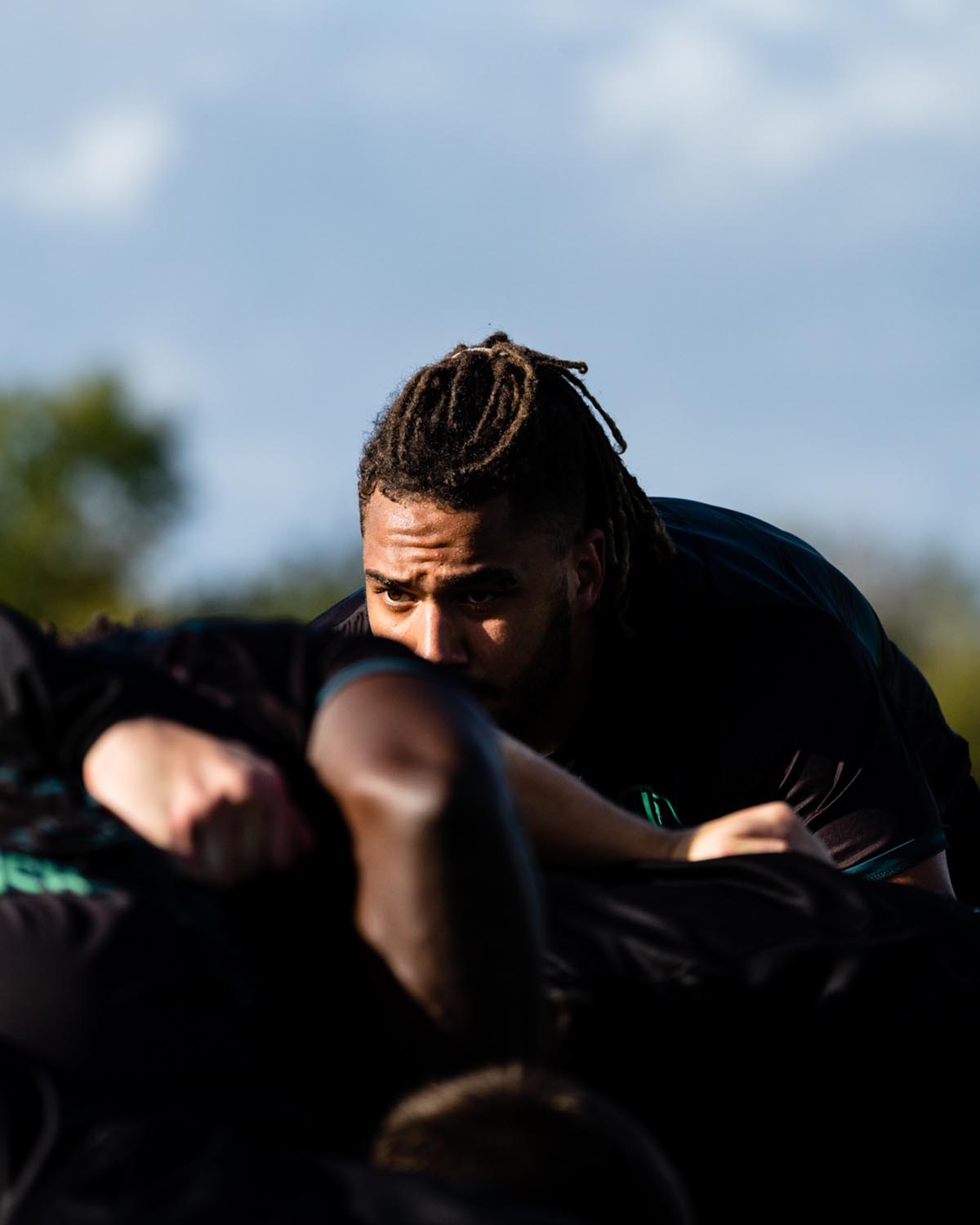 With the impetus evident for a first team eager to right the wrongs of previous Premiership results, the possibility of replicating last season’s 22-19 away triumph against Tabai Matson’s men offers no greater incentive.

Such a stirring prospect, Danaher tells, seldom needs reiteration from the coaching staff at the Hazelwood Centre, for the London Irish players are acutely aware of the magnitude of the occasion.

“The fire has to come from the players, I’ve had my day playing against Quins and they all know what it means to pull on that jersey, particularly in a gameweek like this.

“We have players that are hurting from the performances they have put in from the last few weeks, that alone would be enough to fuel their motivation.

“On the back of the losses against Gloucester and Sale, we have seen a shift in terms of us getting gradually improving.

“There are a couple of elements of our game that didn’t click when they needed to, so we need to go out there and put on a performance that if Quins want to beat us, they are going to have to have worked incredibly hard and smart.

“A lot of the younger lads grasp the rivalry and will endeavour to do well against some of their friends, but also natural competitors in their respective positions internationally or otherwise.”

On what the meaning of Saturday’s meeting of the west London competitors holds in 2022, a grounded perspective is required to appreciate the occasion.

“With everything that is going on within the Premiership, these are the types of games we enjoy and savour.

“Unfortunately, recent events have shown that big derbies might not be there one day, but what a great thing to have here and participate in.

“It has been nip and tuck in recent years, perhaps swinging more in favour of Quins traditionally, but that’s the way that I would think of it now – what a privilege to go out and play your part in a proper London derby and go at it on Saturday.”