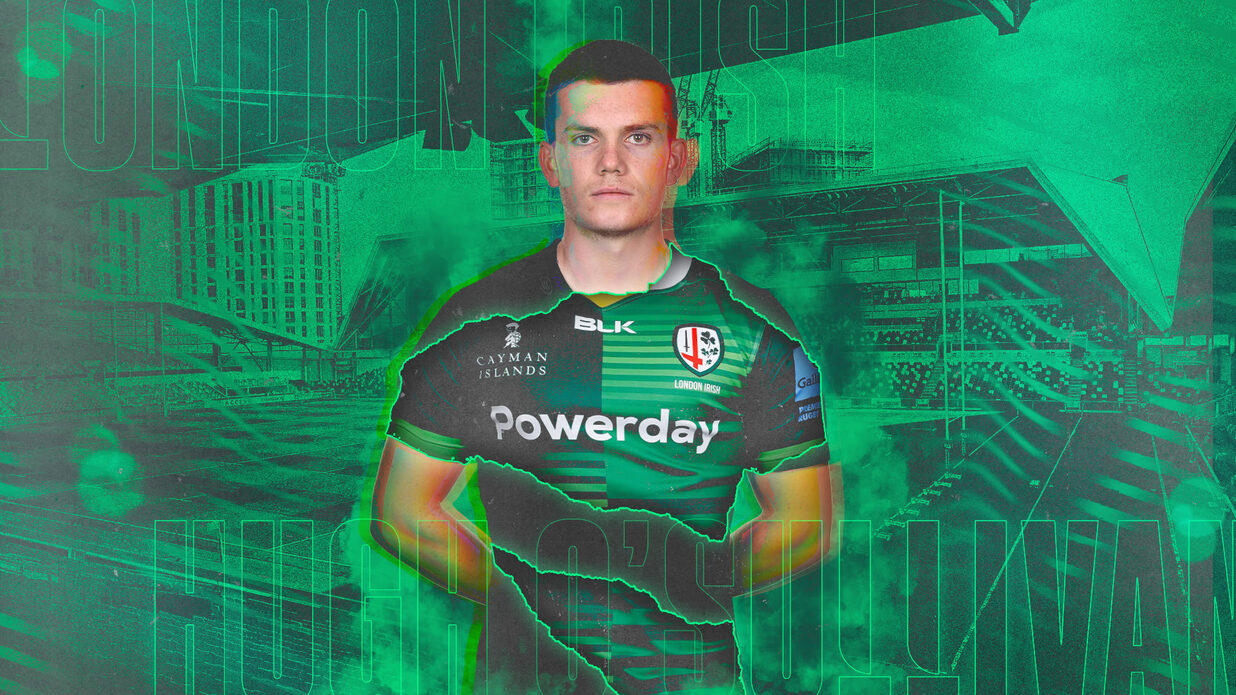 Scrum-half Hugh O’Sullivan has today swapped the blue of Leinster Rugby for the green of London Irish by agreeing a move to the Exiles.

Hugh is a two-time Leinster School’s Senior Cup winner with Belvedere College and progressed through the Leinster Rugby Academy before making his decision to move over to England with London Irish.

Talking ahead of the announcement, O’Sullivan portrayed his excitement about joining his new Club, commenting: “I am delighted to have signed on with London Irish.

“I’m really excited to begin working under the likes of Declan Kidney and Les Kiss, and I’m looking forward to contributing to the squad effort as best I can. It will also be an excellent opportunity to develop my game while playing in the competitive league that is the Premiership.

“I can’t wait to get going in pre-season and to link up with my new teammates. I’m eagerly awaiting what will hopefully be a successful season for the Club.”

“Hugh will add great competition in the scrum-half position and will be joining an already hungry group of players vying for the starting 9 jersey” said Declan Kidney, Director of Rugby.

“He has picked up some good experience in Ireland with Leinster, and we look forward to seeing his progress continue with us at London Irish.”

Click here to secure your Season Ticket for the 2021/22 campaign.