HOSKINS: THIS IS A REALLY KEY WINDOW 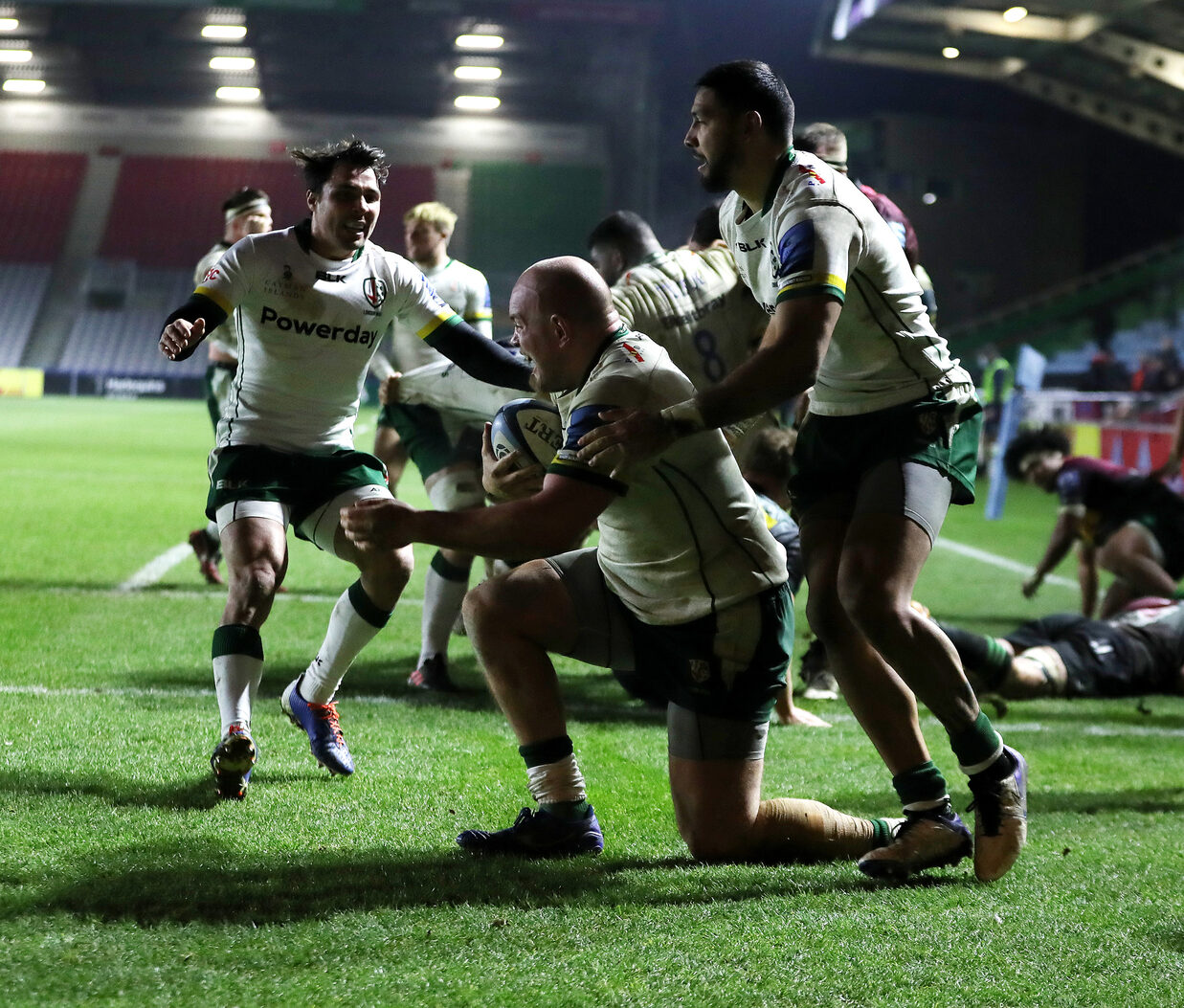 After seeing back-to-back European fixtures against Pau (a) and Agen (h) cancelled, Irish are making the most of the extended break as preparations begin in earnest for a clash with high-flying Newcastle Falcons at the Brentford Community Stadium on Sunday 31 January.

Speaking ahead of another week at Hazelwood, Hoskins said: “We've kind of learned to adapt on the fly this season.

“We're just lucky to be able to be able to come to work and do our jobs – it's not something we take for granted; we know we're in a fortunate position.”

He added: “We've kind of seen this short break as a blessing.

“Having had two weeks off over Christmas, when we weren't able to train because the training facility was closed, we're now using this period to play catch-up a little bit.

“We're training hard – we had some tough sessions last week and I'm sure it'll be the same this week too.

“There's a balance to the work we're doing – we're able to really work to our maximal output, but then have the relevant rest to try and ensure we recover well enough.

“There's a really busy schedule when we return to play at the end of the month, so this is a really key window for us to make sure we're ready for the games ahead.”

Prior to the break, Hoskins reached a memorable personal milestone, having earned his 100th cap in our outstanding comeback at Harlequins.

The 27 year-old – having impressed throughout – came up with the crucial last-gasp try, as honours ended even at the end of a pulsating London derby at The Stoop.

It’s a day he’ll remember for the rest of his life.

“It was a really special moment for me,” he reflected.

“I'm still quite emotional when I look back on it to be honest.

“It's probably the proudest moment of my career so far – but it was tinged with the sadness of not having my family here with me, owing to COVID.

“They would have loved to have been in the stands supporting me and the boys, but it wasn't to be.

“It's a massive personal milestone for me – something I'll never forget.”

He added: “Three points on the road was pleasing – on another day we could've got the victory too.

“The boys showed great fight and desire to get something from the game – of course there's still areas we know we can improve on, and that's what we're focusing on during this break.”

Second-placed Newcastle Falcons are next up for Declan Kidney’s side – and Hoskins is well-aware of the threat posed by the early-season high-fliers!

“Newcastle are flying at the moment, there’s no getting away from that,” he said.

“They're a really hard-working team and the way they've started the season is all credit to them.

“I don't think anyone really expected this from them, coming out of the Championship and having not played in months owing to the first lockdown, so it's testament to them.

“We're under no illusions that it'll be a tough game – we'll have to bring our A game and that's what we plan to do, and that's why the preparation over these next two weeks is so important.”