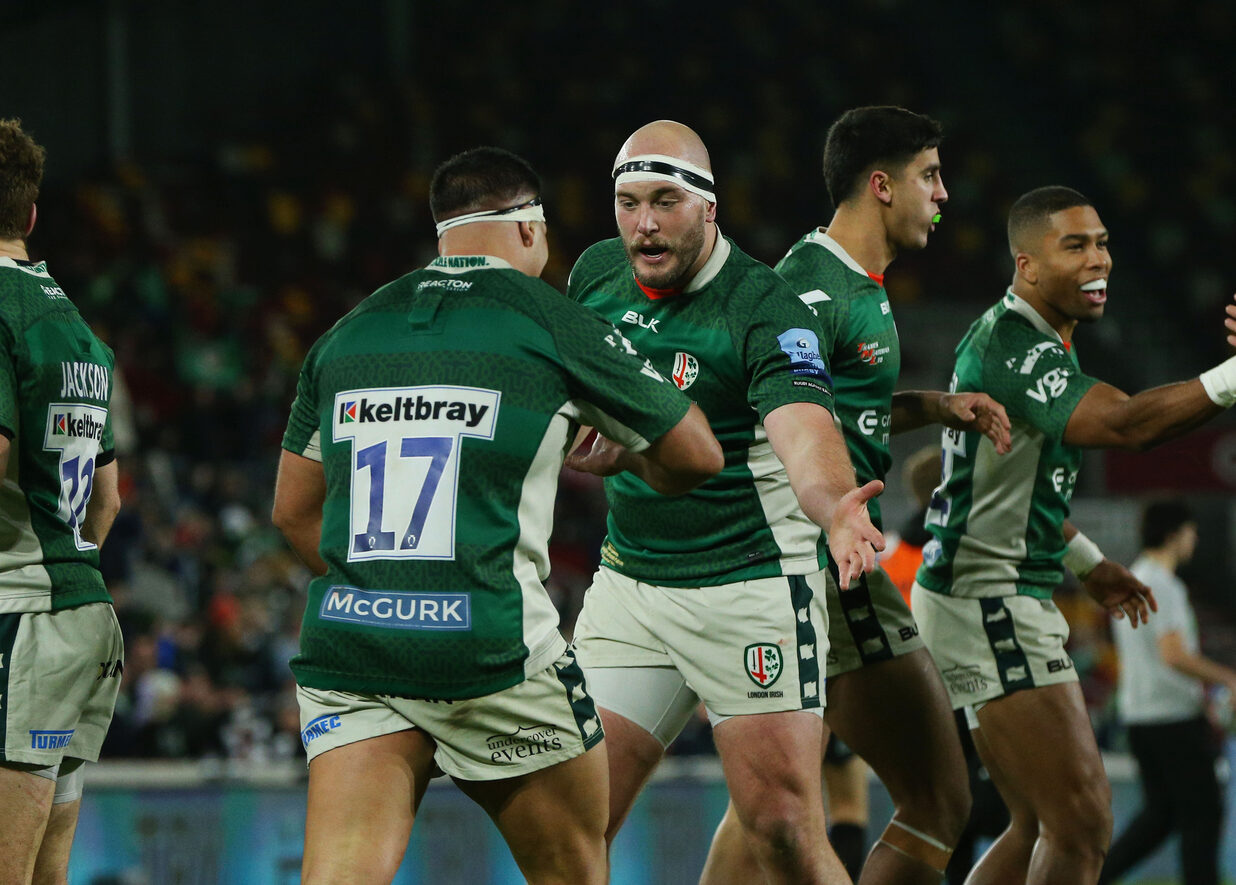 London Irish prop Oliver Hoskins has said that the recent 29-20 victory over Saracens in the Gallagher Premiership is “good validation” for the work put in by the squad in recent weeks.

In Round 13, the Exiles put an end to a run of nine league wins managed by their London rivals at the Gtech Community Stadium.

The triumph also established back-to-back wins for Irish in the league, who will hope to keep the momentum rolling in difficult conditions at Kingsholm Stadium this Saturday.

“The win made Christmas all the more sweeter,” Hoskins gleefully stated, who described the gravity of the four points that lifted the team to ninth in the league rungs over the festive period.

“It was massive, the story of our season has been playing in really close games and not getting the result we wanted.

“To be in a tight game with the odds stacked against us from the beginning and finish the job in clutch moments was really big for us – it was a bit of a confidence boost.

“We had been playing some good rugby all year and have been putting together good patches, to get that win against a previously unbeaten side is good validation for what has been going on behind-the-scenes for quite a long while.

“We appreciate it’s one game and despite the table being tight, we are not where we want to be, but it lays a good foundation going into a new year.” 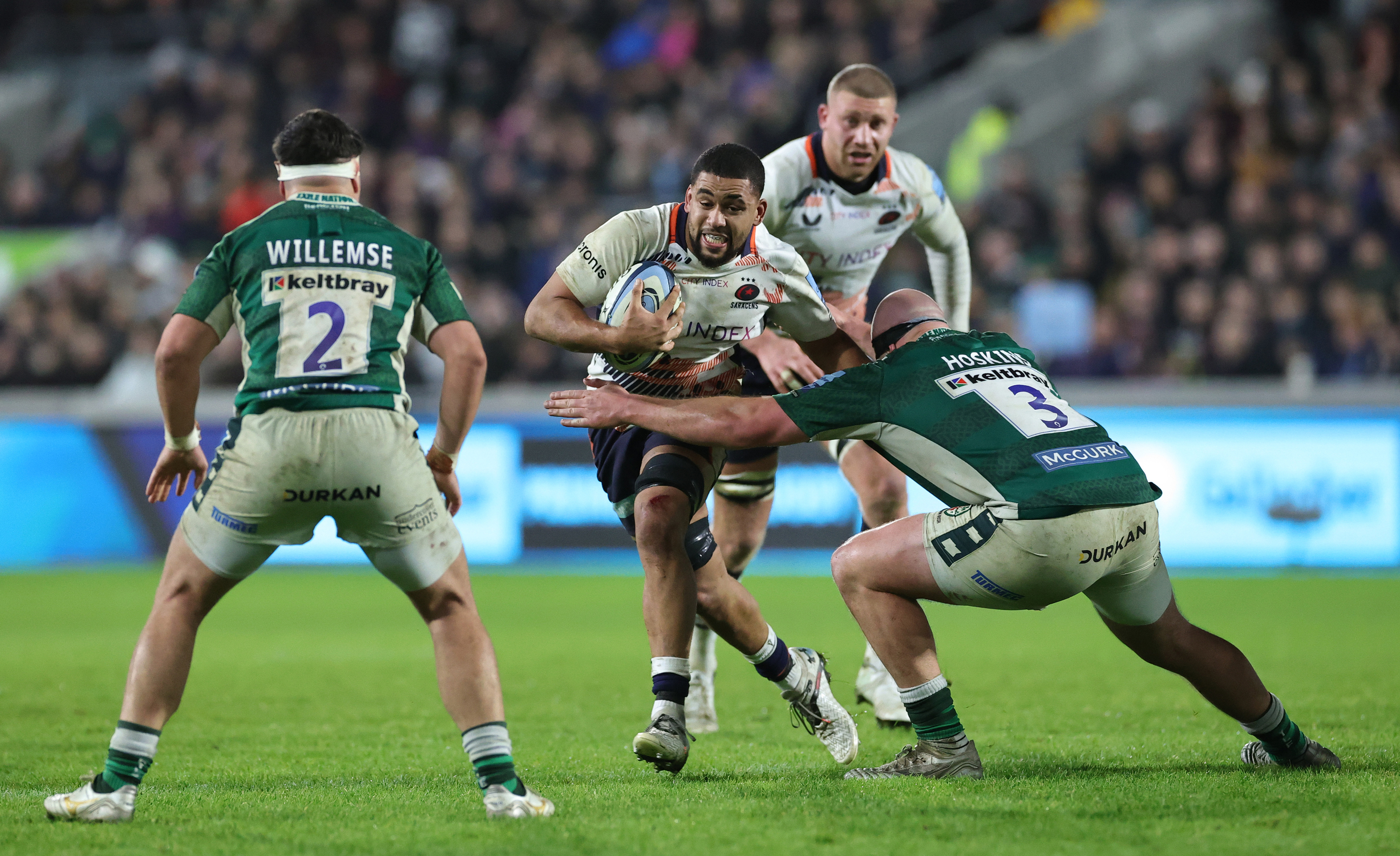 Going down to 12 men against Sarries left it all to do for the west Londoners, but accurate kicking, excellent defence and a last-gasp score from Chandler Cunningham-South meant the home side came out on top.

It wasn’t the first time Irish defied the odds in Declan Kidney’s tenure, with comebacks and dogged displays characteristic of the side through wins, defeats and draws.

The Australian international revealed how such a defiant team spirit has been procured over recent seasons.

“I think going through adversity has really helped,” he explained.

“Since I have been here, we have been up and down between leagues, we’ve had personnel changes and have been written off by people.

“More players have been added to that core group that have played and gone through a lot, they have complemented how we really want to play.

“That galvanises us when things weren’t going right, we can have honest conversations with one another and we know that things will turn, should we stick to our principles and give the energy that the Irish jersey deserves.

“The only thing you can control in sports is your performance, so we have been focusing on the performance in the process rather than results that has kept us level-headed.

“We’ve looked at the wider picture of where we are standing and the reality of what the first half of the season has been for us, the table is super close and it would take just a few games to go our way and you never know where you’re going to be.

“However, our sole focus is on Gloucester this week, and the only way to progress is putting in consistent performances.”

Such energy and approach will be required against George Skivington’s men in the West Country, who sit five points and four places ahead of the Boys in Green in the Gallagher Premiership.

Like Gloucester, Irish have lost only once at home in the Premiership this term with the reverse inflicted by Saturday’s hosts back in October at the Gtech.

Whilst Hoskins admits exacting revenge will be a focus, “harnessing” the vibrancy shown on and off the ball against Saracens will remain paramount ahead of a Kingsholm visit. 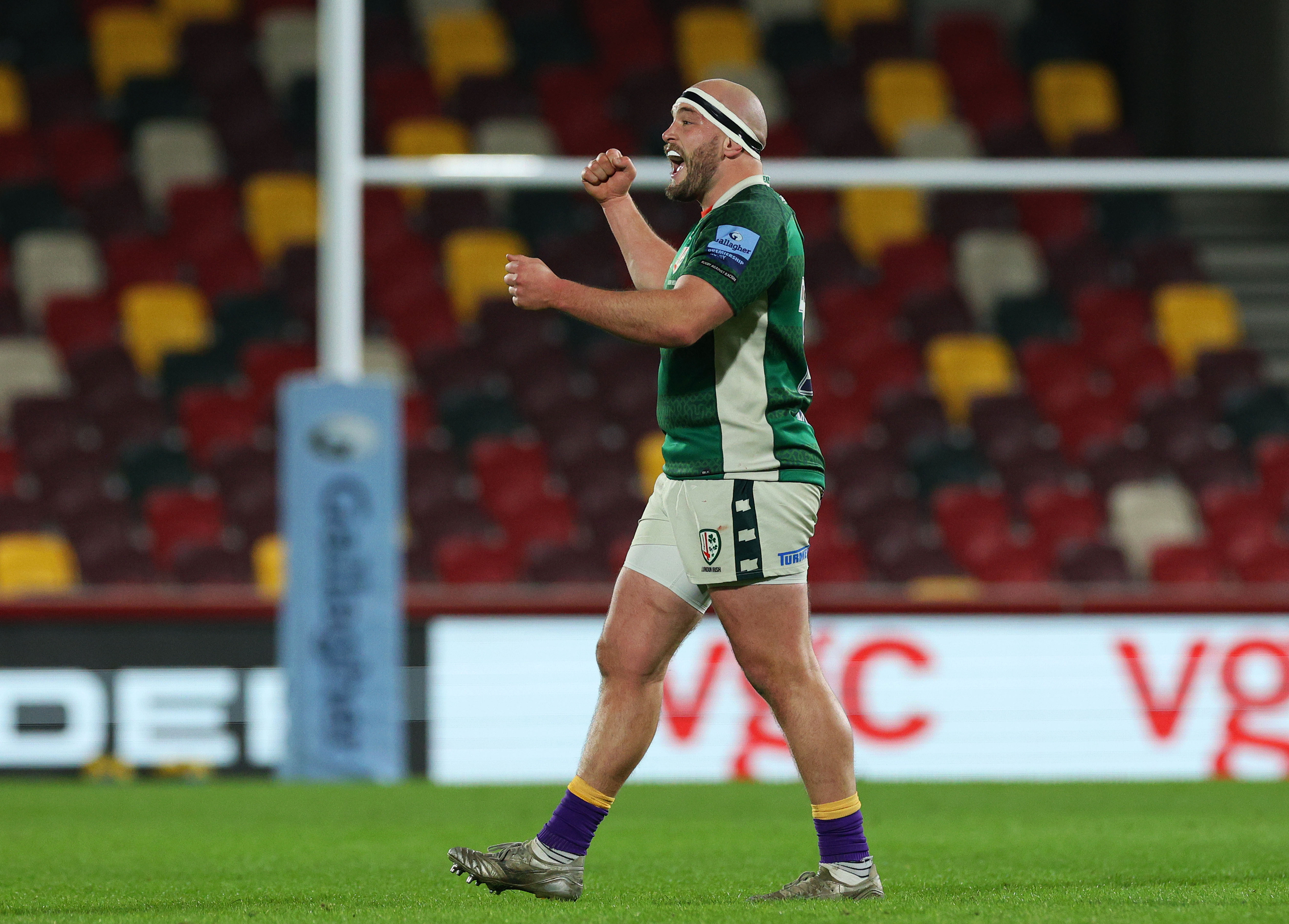 “Any time you go to Kingsholm it’s hard not to get up for it, they always have a busy ground and a very passionate fanbase that creates a hostile environment.

“We were upset that we lost that home game against them this year, our only home loss in the Premiership, so we’re very motivated to get the job done on New Year’s Eve.

“We need to harness what we had last Friday night, we were really quite stoic and had a good mindset in those pivotal moments as well as having that intensity and coolness under pressure that has probably escaped us earlier on in the season.

“You never want a team to do the double on you, so with the form we have had recently and the way the group is feeling, a result is a definite possibility if we give the same effort we had against Saracens.”

The Cherry and Whites’ combative, physical approach will present a challenge to Hoskins and co, a prospect the Irish centurion is acutely aware of.

He explained: “They’re a very structured team and have an expansive style to them, but a lot of their game is based around territory and pressure through the set-piece.

“We’re expecting to receive a lot of box kicks, so we have to be really clinical in the way we handle that.

“Conversely, if we give away too many penalties in midfield, then they have a very good attacking maul.

“I played under George Skivington for a while and it’s something he puts a lot of pride in, and Gloucester have bought into that identity.

“It’s going to have to be a really disciplined performance, not only around penalties but also sticking to our plan especially around protecting our back three around box kicks.”