Hoskins ready for 'special' Sunday at the BCS! 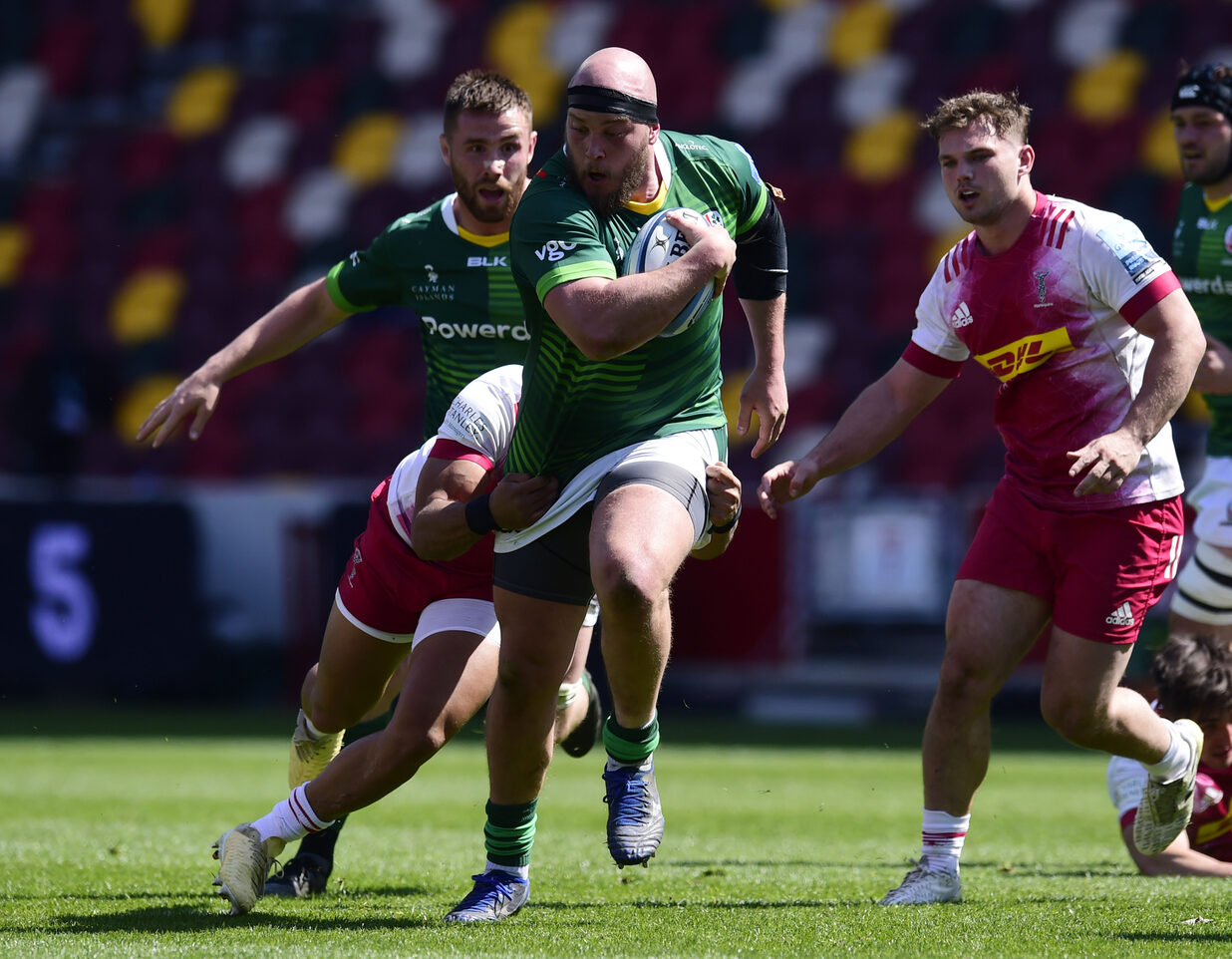 Ollie Hoskins is anticipating a ‘special’ occasion this Sunday, as London Irish prepare for the visit of Alex Sanderson’s Sale Sharks in Round 2 of the Gallagher Premiership.

The Exiles are aiming to bounce back from last Saturday's 36-24 defeat to Worcester Warriors at Sixways, a game in which the Australian prop bagged a brace of tries in his second half cameo.

Hoskins declares that he and his teammates are buoyed by the prospect of returning to the Brentford Community Stadium for the first time this season.

“Everyone is really excited about being back home,” he said.

“Last year, we got to enjoy the amazing surface and the amazing stadium, without any crowd there for most of the year.

“In the two times that we did, we had 4,000 people each time and it felt like 20,000 people with the way the stadium is built and how the fans are right on top of the field.

“I remember when I ran out against Wasps, and there were 4,000 people there and it just gave me goosebumps - I had to let out this weird scream to compensate for the excitement I was feeling!

“If we get a good crowd in on Sunday, running out to that cauldron of noise is going to be something really, really special.”

The return of the Exile Nation, also means the return of players’ friends and families, and Hoskins can’t wait to play in front of his own ‘army’ of supporters once again.

“I have a small legion of ‘Oliver’s Army’ coming to cheer me on, around 23 people who have requested tickets which is really nice,” he said.

“Obviously with Brentford being just around the corner, I have a lot of friends situated in this area of London and them being so accessible to the ground is a real benefit, knowing I’ve got support in the stands, obviously with my family not being here.” 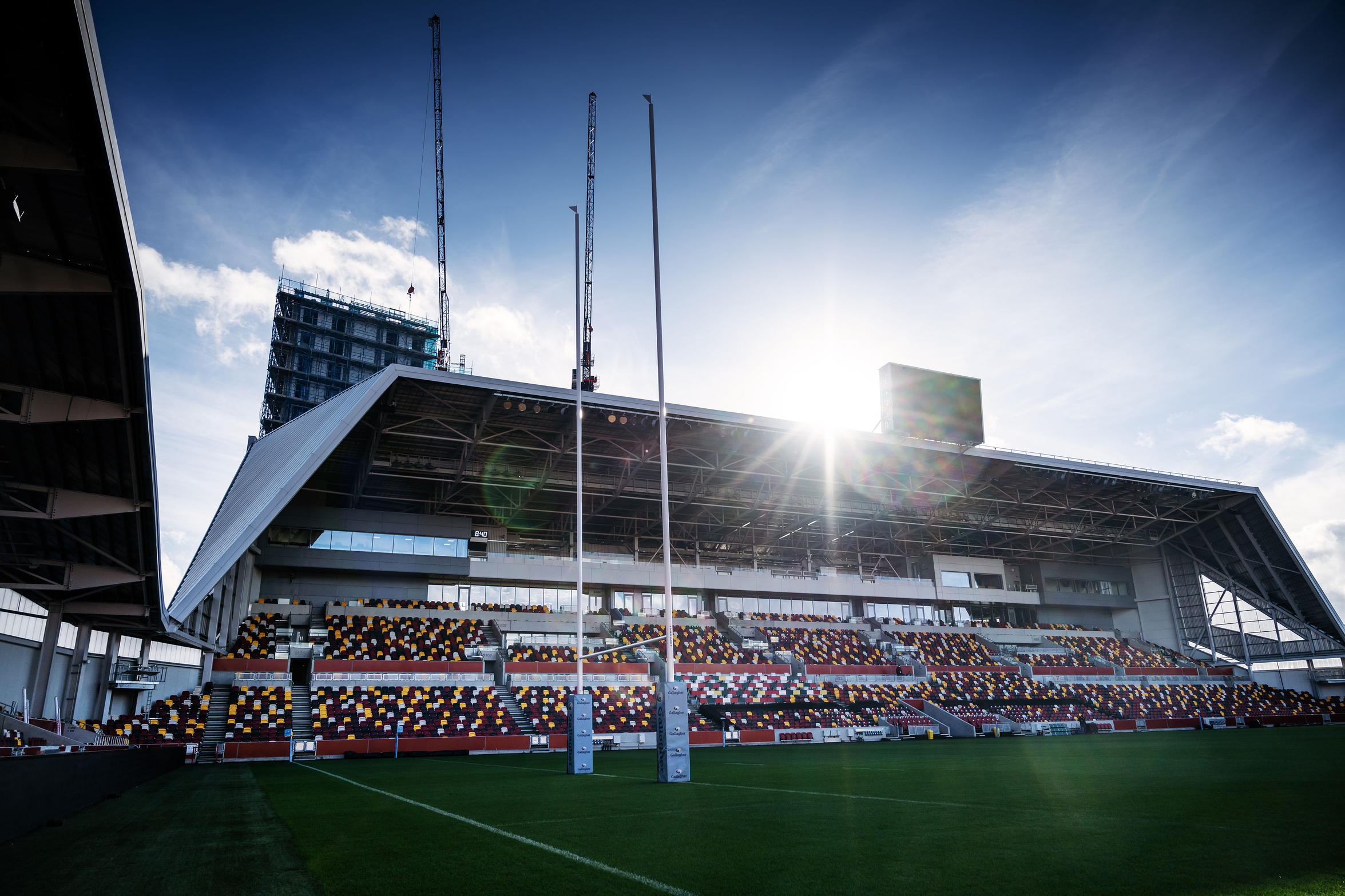 Centurion Hoskins is keen for Irish to bounce back from last Saturday’s defeat at Worcester, revealing the extent of the work going on behind-the-scenes this week in the wake of a tough opening result at Sixways.

“Training has been really good this week,” he said.

“We came in on Tuesday and reviewed the Worcester game. We saw what we did wrong and can improve on - and then moved straight onto Sale, previewing them and discussing our tactics and plays for this week.

“Day two was the intense day - we really ripped into each other and had a nice physical, fast session and put what we learned on Tuesday into practice.

“We’re feeling good - ready to rip in on Sunday.”

Ahead of the match-up this weekend, Hoskins admits that Sale ‘presents a challenge’, but is one that he is confident Irish are capable of overcoming.

“It's pretty well-known, league-wide, that Sale pride themselves on their physicality and they want to come ‘route one’ and challenge you up the guts,” said Hoskins.

“We’re under no illusions how physical it’s going to be and the fact that we’re going to have to front up for the full 80 minutes. Fronting up physically is the number one priority.

“They are a good side, they made the play-offs last year and with a good win last week, they showed that they can play for the full 80, while winning it late.

“We need to make sure we are on our game from minute one to minute 80, be ready for the physical battle and make sure our set-piece is humming because if they get physical dominance, it could be a long day for us.

“If we can match them, or even get on top of them there then we can express ourselves in the way we like to play and get the ball moving around and have a good day at the office.

“We are looking at playing an exciting brand of rugby, especially going back home in front of a big crowd.

“We want to be able to match them physically and then express ourselves in the way we like to play rugby.”

Tickets for the Round 2 clash at the Brentford Community Stadium are still available. To purchase, click HERE