Heartbreak for Irish as Grenoble snatch victory at the Death 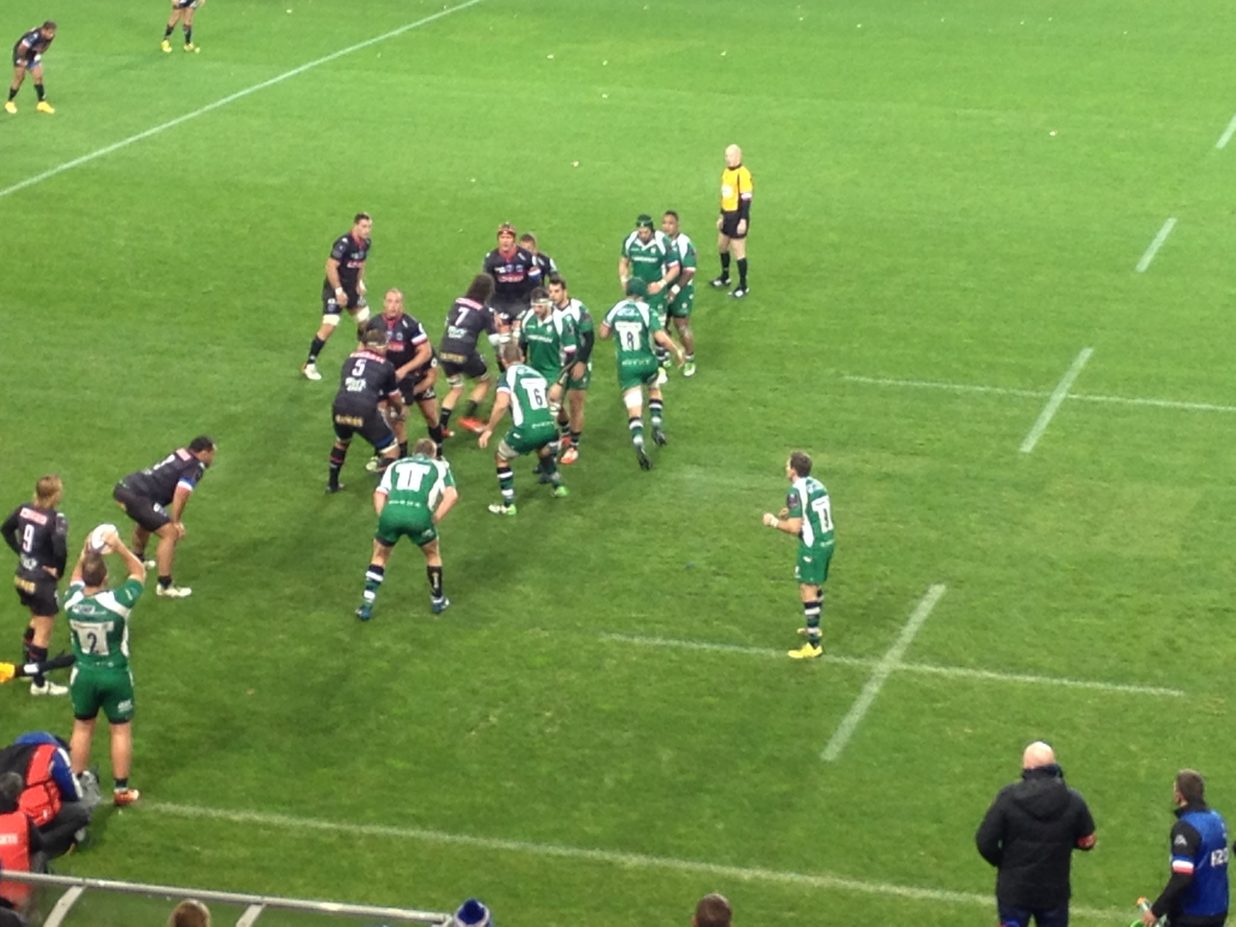 London Irish were denied a draw in Grenoble this evening by a last gasp Clement Gelin try to snatch his side a 27-20 victory.

The Exiles had a line out with 30 seconds remaining and the ball was overthrown and landed fortuitously in the hands of Gelin who ran in from 40 metres to score. Moments earlier the Exiles could have claimed victory themselves, but Alex Lewington was tackled just short of the line to be denied.

London Irish travelled to the Stage Des Alps to face Grenoble in round two of the Challenge Cup after last weekend's opening round victory against Agen.

Tom Coventry made two changes to the starting XV with Jebb Sinclair and Luke Narraway coming into the back row for Rob McCusker and Tom Guest. World Cup winner Ben Franks and Samoa captain Ofisa Treviranus were named as replacements.

The Top 14 side got off to a flying start with two tries in the opening 11 minutes. First to cross was hooker Arnaud Heguy. After a battle of tactical kicking, Grenoble full back Gio Aplon exploited a gap in the Irish defence to sprint clear before offloading out of the tackle to the supporting Heguy who dived over the line. Fly half Gillies Bosch added the extras to give the hosts a 7-0 lead.

Four minutes later Fabien Alexandre scored the French outfits second try and it came after patient attacking play. The ball was carried and recycled numerous times before Alexandre dived over adjacent to the posts. Bosch successfully added the conversion and suddenly it was 14-0.

Young centre Johnny Williams continued on from where he left off last week with another try to bring his side back into the match. The score came off a first phase play, with the forward pack initially providing a solid set piece. the ball was moved to Chris Noakes who dropped off a short pass to Williams who busted through the tackle to score. Noakes added the extras to make it 14-7.

Irish might have had a second try just after 20 minutes, had there not been for a knock on earlier on in the build up. Instead Grenoble edged further clear with a penalty goal from fly half Bosch.

Credit to the Exiles, they perserevered and were rewarded on the stroke of half time with their second try of the evening. Jebb Sinlcair powered over for his second try of the season. Gerard Ellis and Darren Allinson both made good yards in the lead up to allow Sinclair to score. Theo Brophy-Clews, who was a replacement for Chris Noakes on 30 minutes, added the extras to make it 17-14 at the break.

Brophy-Clews levelled the scores on 44 minutes before giving his side the lead for the first time in the match on 49 minutes. In between Ben Franks came on to make his debut in place of Halani Aulika.

The remainder of the match saw Grenoble have plenty of possession, but they were shut out by resilient Irish defence. Alex Lewington broke clear from his own 22 to almost score what might have been the match winning try, but he was dragged down five metres short by the ever reliable Gio Aplon.

With 30 seconds remaining and the scores level the match looked destined to be a draw, however Gelin reacted quickest to the line-out and sprinted clear to win the match.  Christophe Loustalot added the conversion to make the final score 27-20.

London Irish return to Aviva Premiership action next weekend when they face Wasps in the London Double header at Twickenham.