Hearn Gearing Up For Chiefs Test 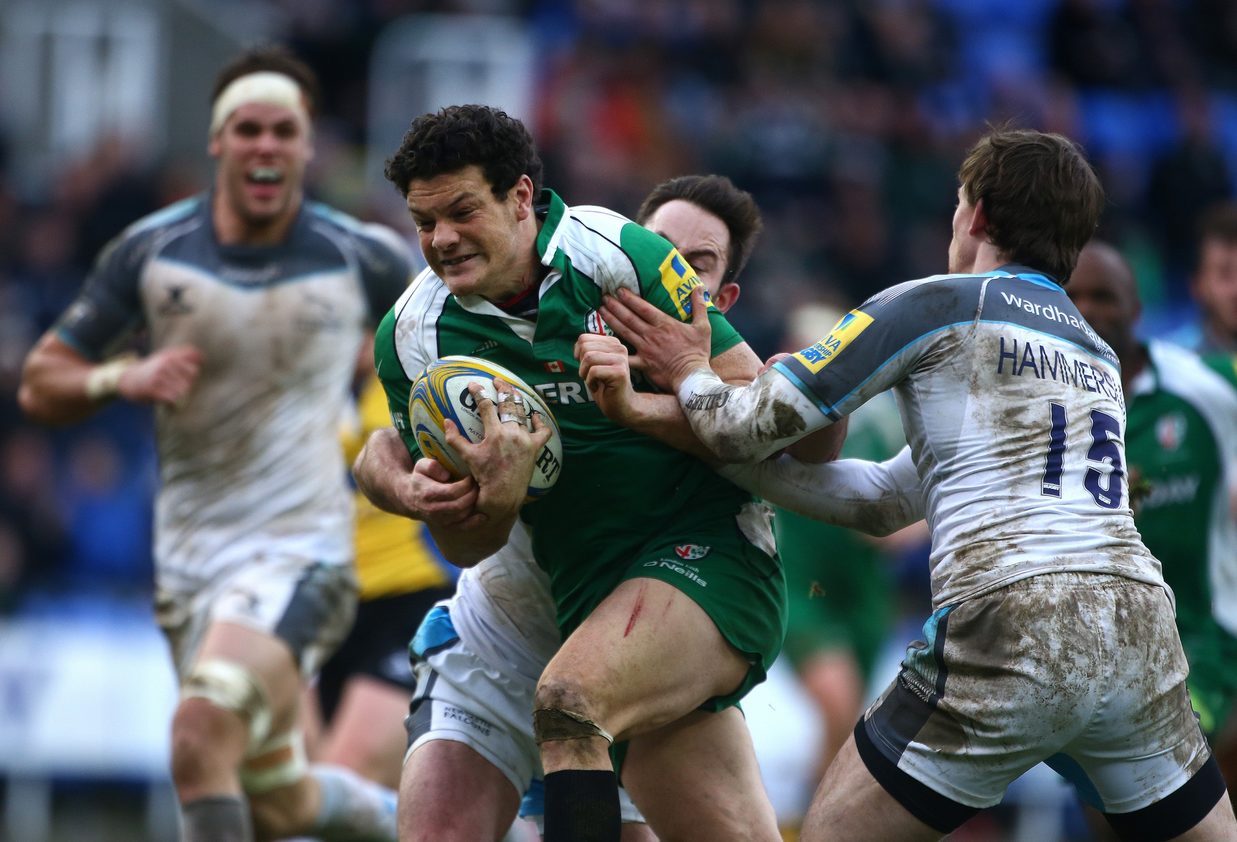 Ciaran Hearn is relishing the prospect of locking horns with Exeter Chiefs in the Aviva Premiership this Sunday (kick-off 3pm).

The Canadian international, 29, who penned a fresh deal with the Exiles earlier this month, insists his side must show a clinical edge if they are to triumph against an in form Chiefs.

"It's about making the right calls at the right time, and taking advantage of our opportunities when they arrive," said the versatile back, who is capped 49-times by Canada.

Irish face a Chiefs outfit looking to arrest a slide of two consecutive defeats against Saracens and Sale Sharks respectively. The men from Devon sit second in the table and harbour bold ambitions of securing a top four berth come the end of the campaign.

Hearn is well aware of the threats they pose, saying: "They are a great side and they are playing really well at the moment, despite losing their last two fixtures.

"They have had a few injuries lately as well as players away on international duty so that won't have helped them, but they will still undoubtedly be a tough team to go up against.

"Exeter like to play a fun style of rugby and they like to move the ball around, so it's not going to be easy. They have a number of players with key attributes and we will have to be fully prepared and fix our mistakes from last week.

"Ultimately, we need to know our individual roles, and if we do that we can be a match for any team on our day."

An ever-present for Canada during last year's World Cup, Hearn was named in the Tier Two team of the tournament following a string of impressive outings, before earning a move to the Exiles.

"It's good to play games week in, week out against some of the very best players in the world," said Hearn.

"That's what you relish as an athlete, to play against the best in the world and always challenge yourself every week.

"There are a great bunch of guys here at the Club, and they have welcomed me with open arms – it's good to have another Canadian guy here too which helps.

"Everyone gets along really well, and everyone wants to play for one another which is exactly what you want," he added.

Match tickets for this Aviva Premiership fixture on Sunday 21st February (3pm kick-off) are on sale from only £22 for adults and £1 for juniors. This fixture will also be the Junior Exiles 'Kids Takeover' Day with plenty of added extras for all members of the family to enjoy. Click here to purchase your tickets now or call 0118 968 1016.