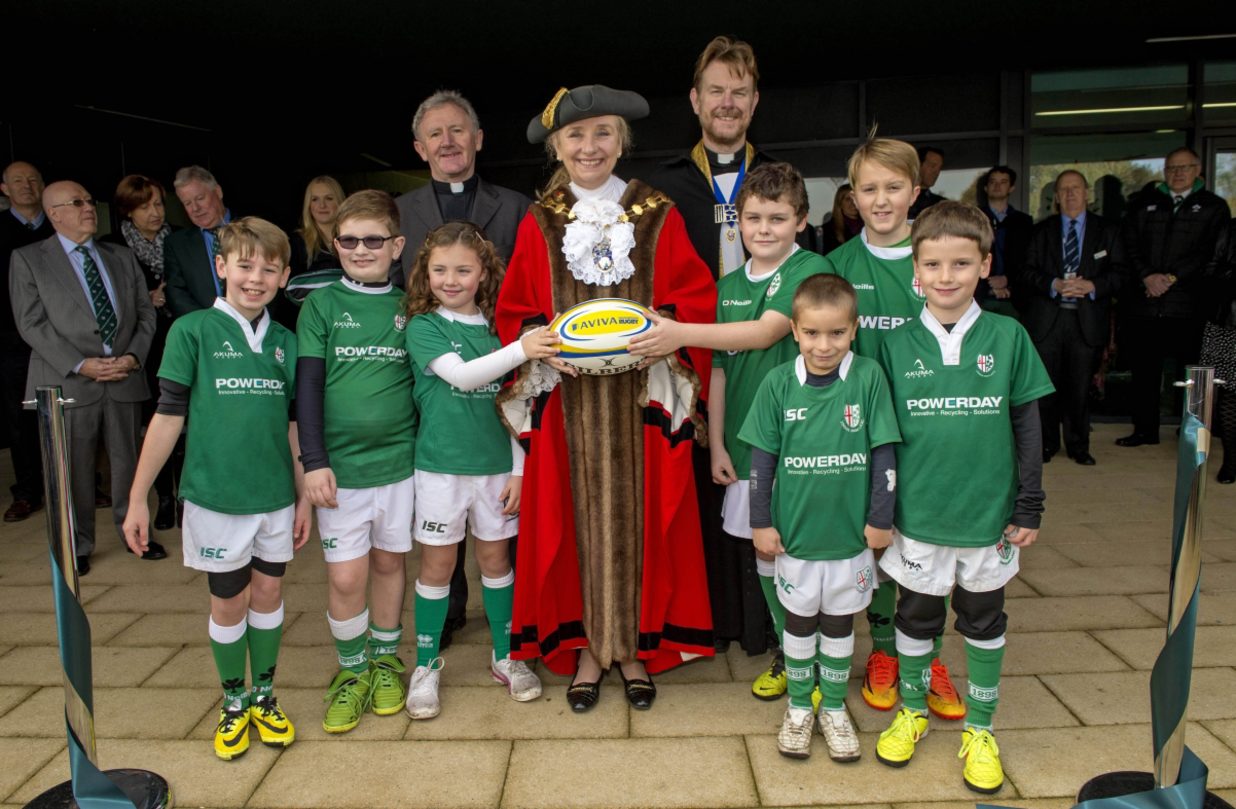 The event, which was attended by local councillors and dignitaries as well of members of both the professional and amateur Club, saw a rugby relay which symbolised the moving of the spirit from the old Avenue Training ground over to Hazelwood.

London Irish captain, George Skivington, was one of 23 players from both the Amateur and Professional Clubs involved in a rugby relay from the Avenue to Hazelwood. The relay culminated in George and U6 player Lars Esse handing the ball over to the Mayor of Spelthorne, Councillor Suzy P Webb who cut the ribbon to officially open Hazelwood.

London Irish ended a 79 year association with The Avenue training ground in July this year and the Club said farewell to the Avenue on Saturday morning with a short service with the families of some of those that had their loved ones ashes scattered at the former spiritual home.

The opening concluded with a service and unveiling of a bench in the Hazelwood Memorial Garden to commemorate those that had their ashes scattered at The Avenue. This was kindly donated by the London Irish Supporters Club.

London Irish Executive Chairman, David FitzGerald, who is also Chairman of the London Irish Amateurs Club, said: “The Avenue was a special place to London Irish for many years. We are hopeful now of making Hazelwood the same quality of location and home for London Irish men and women as well as the entire local community of Sunbury and Spelthorne for the next 80 years and beyond.”