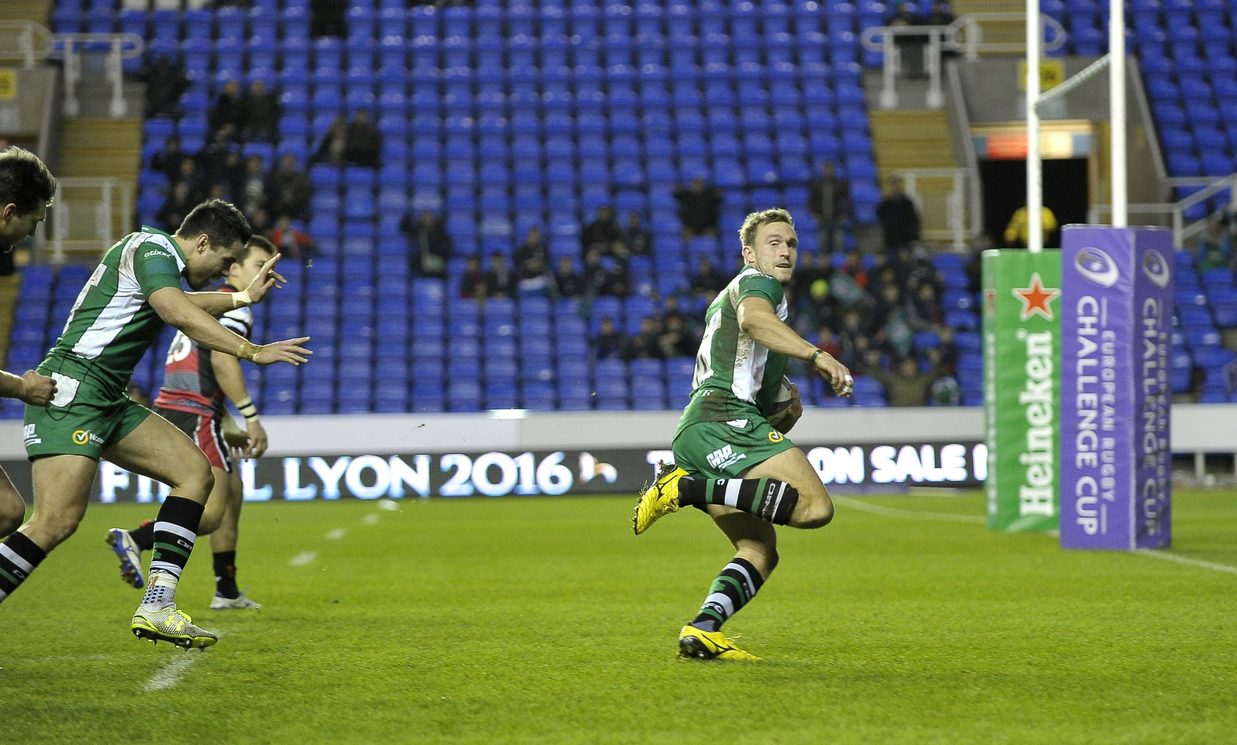 London Irish back Andrew Fenby is hoping to build on his man of the match performance last week, in Friday night’s game against Edinburgh at Murrayfield in the European Rugby Challenge Cup.

Fenby scored a hat-trick on his first start since the opening weekend defeat to Leicester Tigers, in last weekend’s 38-6 victory over Edinburgh at the Madejski Stadium, bringing his total up to 26 tries for the Club in 51 appearances.

It was the perfect return for the Welshman and he praised the team performance, saying: “It’s obviously been a frustrating couple of months. To get my opportunity to play and top it off with a hat-trick in a great team performance and pick up a great win against Edinburgh meant it couldn’t have gone much better.”

Looking ahead to the trip up to Murrayfield, it is expected that there will be changes to the Edinburgh team, with some first team players returning and Fenby warns his teammates not to get complacent, saying: “They’ll be at home, putting a few familiar faces back in the starting line up so it won’t be easy. They’re going to be fired up after the result last week and looking to prove a point so it is going to be a tough fixture and we’d be foolish to go in thinking otherwise.”

The performance of the former Scarlet earned him a lot of praise from supporters and he said that the time away from the action has been difficult: “Of course it’s been incredibly frustrating, like everyone here, and like any professional sportsman, you want to be playing week in week out and we’re all competitive at heart so you want to be out on that pitch representing the club and when you’re not involved it’s just frustrating to watch.

“You just have to accept it, stay positive, keep working on your game, wait and then take your opportunity when it comes along.”

One player who has done just that is Johnny Williams, the centre has had an almost meteoric rise to the starting line-up, scoring five tries in four appearances and Fenby says the 19-year-old has taken his chance well: “It was probably our best team performance of the season, we looked dangerous throughout the game, Alex Lewington scored a good try and Johnny got one again, he’s in phenomenal form, he’s stepped up and is looking brilliant, a great prospect for us in the future.”

London Irish are still yet to win a league game this season but have two wins from three in the Challenge Cup, with a win on Friday the Exiles would be in pole position to qualify from the pool and Fenby believes the results in Europe will help the team improve in the league, saying: “We have to build, it’s all about momentum. We have to back up that performance against Edinburgh with another good performance this weekend and hopefully take that good form back into the league.”

The next league outing for London Irish is on Boxing Day against Northampton Saints, a team that Irish haven’t beaten since 6th October 2013 in a 39-17 win at Madejski Stadium. But with previous results over the years Fenby is sure that they can get a result, saying: “Over the last couple of seasons I’ve been here, we’ve shown that on our day we can beat anyone.

“We’ve had some great results in previous seasons, such as Leicester and Saracens away and couple that with the fact it’s a home game, we can beat anyone at Madejski Stadium. So we’ll be going into it expecting to win and get that result.”