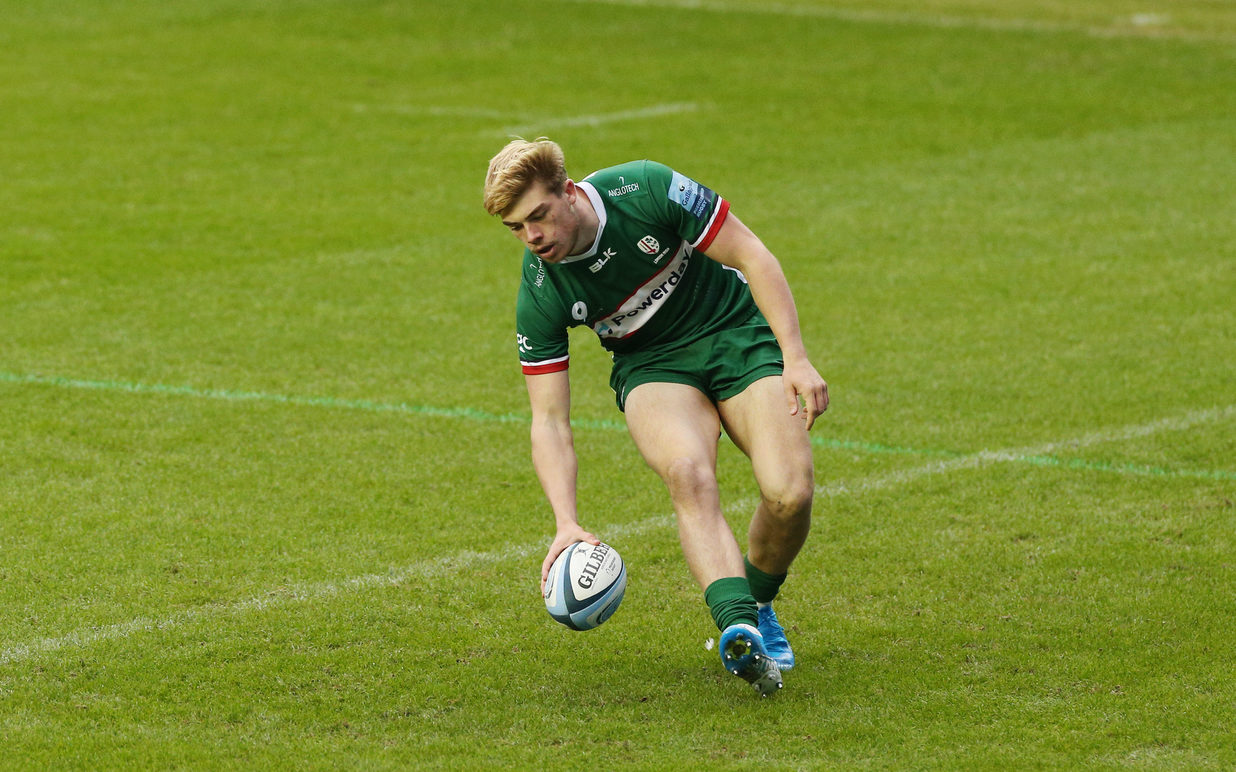 The winger scored two tries in each half in a man-of-the-match performance to propel the Exiles further up the Gallagher Premiership table.

Irish made a solid start to the game enjoying good minutes in the visitor’s 22. Gloucester repelled the early Exiles attack well and took the lead against the run of play after 10 minutes with a Billy Twelvetrees penalty goal.

Irish struck back within three minutes, Ollie Hassell Collins running in his fourth Premiership try of the season after great work from Nick Phipps at the base of the scrum. Stephen Myler drew in the last defender to allow Hassell-Collins to stroll over the line.

The winger was over for his second of the afternoon five minutes later. Terrence Hepetema took Irish within a metre of the try line with a great line from a well-worked Irish line-out. When the ball was recycled, Hassell-Collins showed great strength to power past opposite number Louis Rees-Zammit and score in the corner. Irish led 10-3.

The match ebbed and flowed for the remainder of the first half, but neither side could accumulate any points and at half-time Irish led 10-3.

Ollie Hassell-Collins was in the thick of the action again shortly after the restart and when Gloucester went for the adventurous long pass, the young Irish winger intercepted and ran 50 metres for his hat-trick try. Myler’s conversion stretched the Exiles lead to 17-3.

The momentum then began to swing in favour of the Cherry and Whites, Charlie Chapman, on debut at scrum-half, sniped and caught the Irish defence napping to score with 30 minutes to go. Twelvetrees conversion reduced the deficit to 17-10 with half an hour left in the contest.

Six minutes later Ollie Thorley squeezed in at the corner in a try identical to a Hassell-Collins effort in the first half to narrow the Irish lead to two points.

Irish needed to respond, and they did just that with a bonus-point score. Motu Matu’u got a brilliant offload away out of the tackle to Terrence Hepetema. The centre sprinted clear before drawing the last defender and passing to Hassell-Collins who dotted down his fourth try of the afternoon. Myler’s conversion made it 24-15.

Louis Rees Zammit went over for Gloucester third try with eight minutes to go to set up a tense finale, with Irish leading by four points.

Gloucester had possession in the Irish half in the last minute, but when Curtis Rona got his hands on the ball to turn it over Matt Rogerson booted the ball out to give Irish all five points.

Wasps visit the Madejski Stadium next Sunday 1 March fresh off thumping Saracens at the Ricoh Arena, so it should make for a great match. Tickets can be purchased by clicking here.