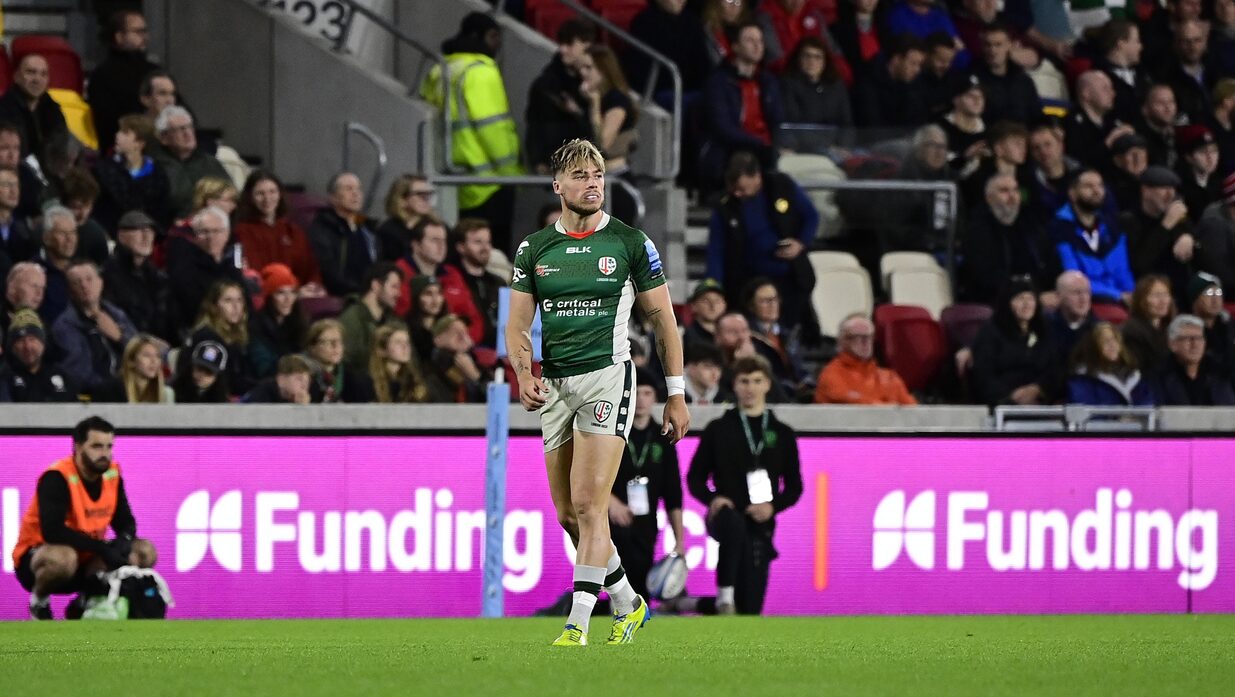 London Irish wing Ollie Hassell-Collins has stated the significance of his side’s upcoming schedule over the festive period, domestically and on the continent.

The 23-year-old spoke as the Exiles’ ‘Restart’ representative for the Rugby Players’ Association ahead of the Gallagher Premiership Restart round this weekend, with Irish taking on Newcastle Falcons at the Gtech Community Stadium.

The fixture comes after a month-long absence from home games for the west Londoners, a welcoming prospect after a tricky run of form away from home in between appearances in Brentford.

Hassell-Collins has taken the positives out of recent run-outs for London Irish, no more so than last weekend’s visit to Leicester Tigers, but has said the requirement for a swing in fortunes can’t be understated.

“It’s not just that game where we have come really close, there were matches like against Quins and Gloucester as well,” he commented.

“We’re playing great rugby and I love being out on the pitch with the boys, but of course it has been frustrating, and we know what we need to do.

“It’s about finding that consistency and tipping the scoreboard our side.

“Welford Road is an unbelievable stadium to go to and it is very hostile, we gave them a little bit too much in the first half and made it hard for ourselves but we can take those two points away from a tricky fixture against the champions.” 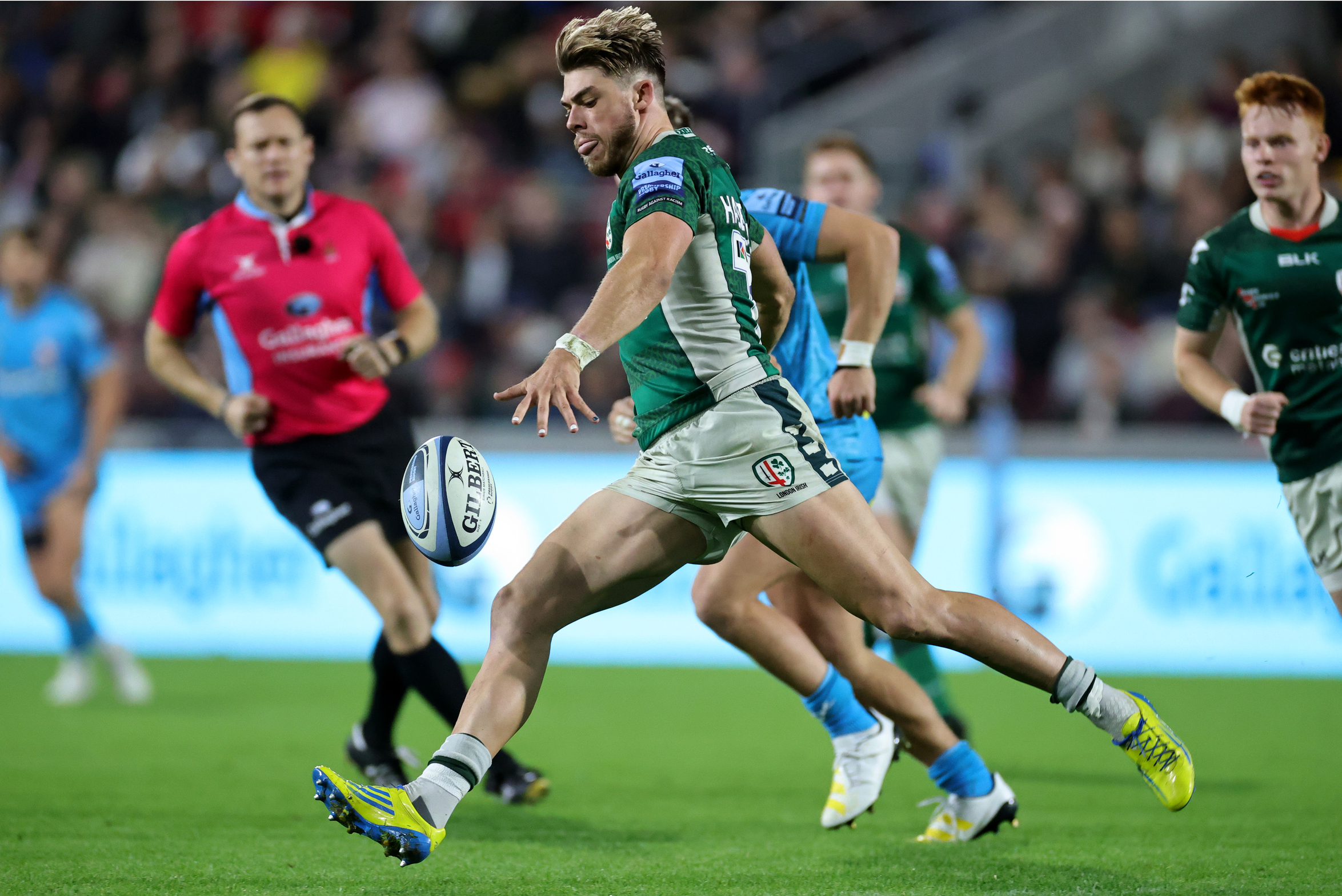 The influence of the English outside back in Irish’s trip to the East Midlands was evident; not only scoring a breakaway try but also laying the groundwork for the side’s fifth score, eventually finished off by Tom Pearson, with excellent running and footwork.

Despite a winless run for the team, encouraging moments of free-flowing rugby that were often attributed to the team last year are still prevalent in the output of the squad this term.

“It’s something I have been working on for a long time,” Hassell-Collins said of his eighth try in the 2022/23 Gallagher Premiership.

“So it’s really nice to see those outcomes arrive from what me and the team are helping create.

“It was a hell of a turnover from Tom Pearson, and I just put my foot on the gas and cross the line really.

“He’s [Pearson] an awesome player, he’s tearing the Premiership apart at the moment.”

Irish close out the year with three crucial league clashes as well as making their first appearance in the Heineken Champions Cup for a decade, and the challenges begin with the welcoming of Dave Walder’s Newcastle Falcons this weekend.

“They’re going very well, they’ve got a very dangerous back three and I think a lot of people are aware of that.

“We know what we need to do, it’s a game we need to do well in and as I say, move the scoreboard back in our favour to get back into the habit of winning.

“A positive result would give us some real momentum heading into these upcoming European fixtures.

“We’re all very excited to play in that, it’ll be my first game in that tournament to it’ll be good fun.

“But first of all, we have Newcastle which is a big game in itself and it would be massive to have this break from the Premiership for a few weeks with a win.”

Text FOROURPLAYERS to 70490 to donate £10 (Each text costs £10 + one standard rate message) to donate to the RPA’s Restart initiative.