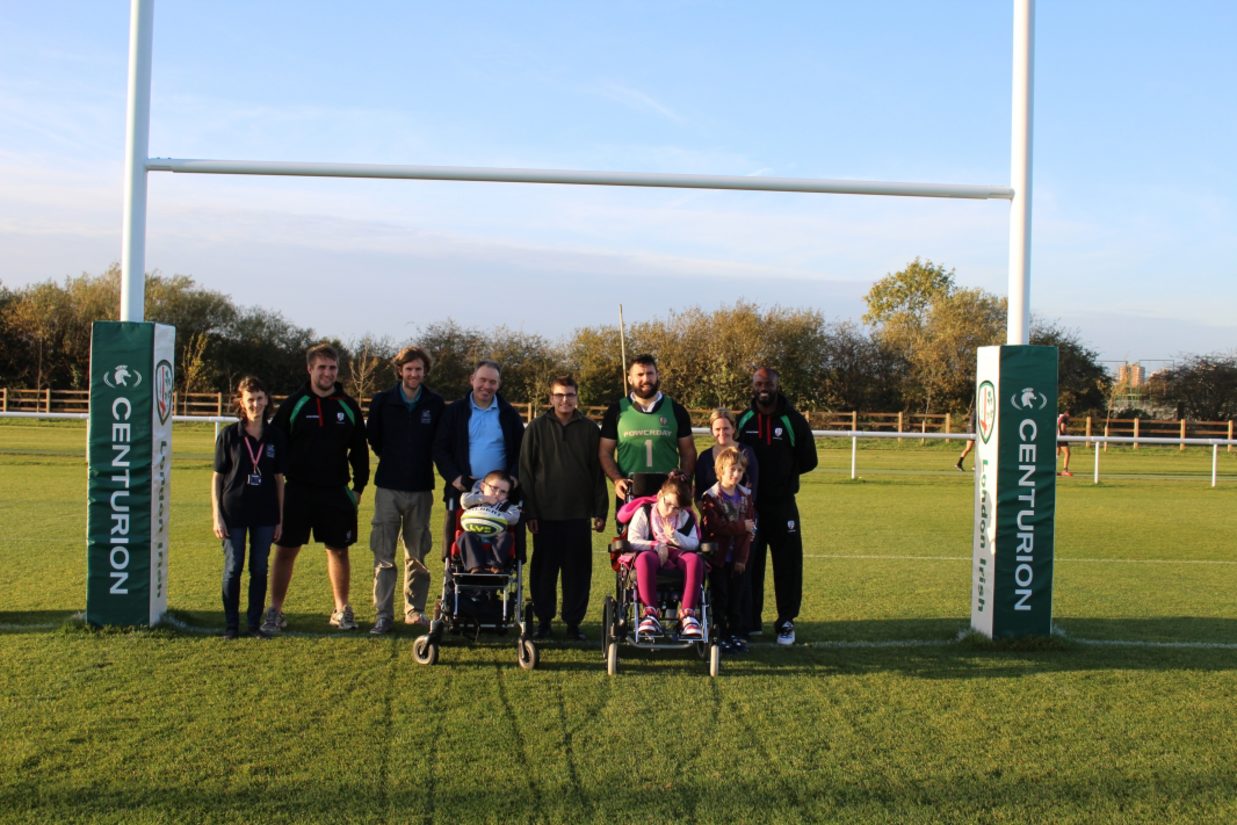 Hampshire-based, Upham Brewery, invited four children from nearby Naomi House and Jacksplace Children’s Hospice to take part in a memorable afternoon of activities at Hazelwood, the training ground of Aviva Premiership rugby club, London Irish. The event was organised as part of the brewery’s three year sponsorship of London Irish, which started this season.

With the help of first team players, Jamie Hagan, Topsy Ojo and Tom Smallbone, the children, who suffer from either life limiting or life threatening illnesses, were given a guided tour of the brand new state-of-the-art training complex, before taking part in a rugby master class outside where the children were put through their paces and taught the basics of passing and kicking.

The afternoon drew to a close with London Irish donating two signed Naomi House and Jacksplace Hospice branded shirts to the charity for auction, as well as some signed squad posters for the children to keep as a memento.

The visit was arranged after Upham decided to donate its shirt branding rights to Naomi House and Jacksplace at last Friday’s European Challenge Cup game against Grenoble in France, where alcohol sponsorship is not permitted.

Speaking about the event, the Head of Fundraising from Naomi House, Paul Morgan, said: “The children absolutely loved being part of the day and, from the charity’s perspective, its generated great awareness. We have to raise £7 million every year to run the charity, less than 10% of which we receive from Government, so the support we receive from individuals, groups, businesses and trusts is crucial.  Our fundraising ensures we can operate 24 hours a day, 365 days a year, free of charge. We would like to thank the team at Upham and London Irish for this wonderful opportunity to give the children a very special experience.”

David Butcher, Director of Upham Brewery, said: “We were delighted to donate the space on the players’ shirts for last week’s game to Naomi House and Jacksplace. The brewery is community-focused and a keen supporter of the charity and their commitment to helping both sick children and their families who have to contend with severe illness.”