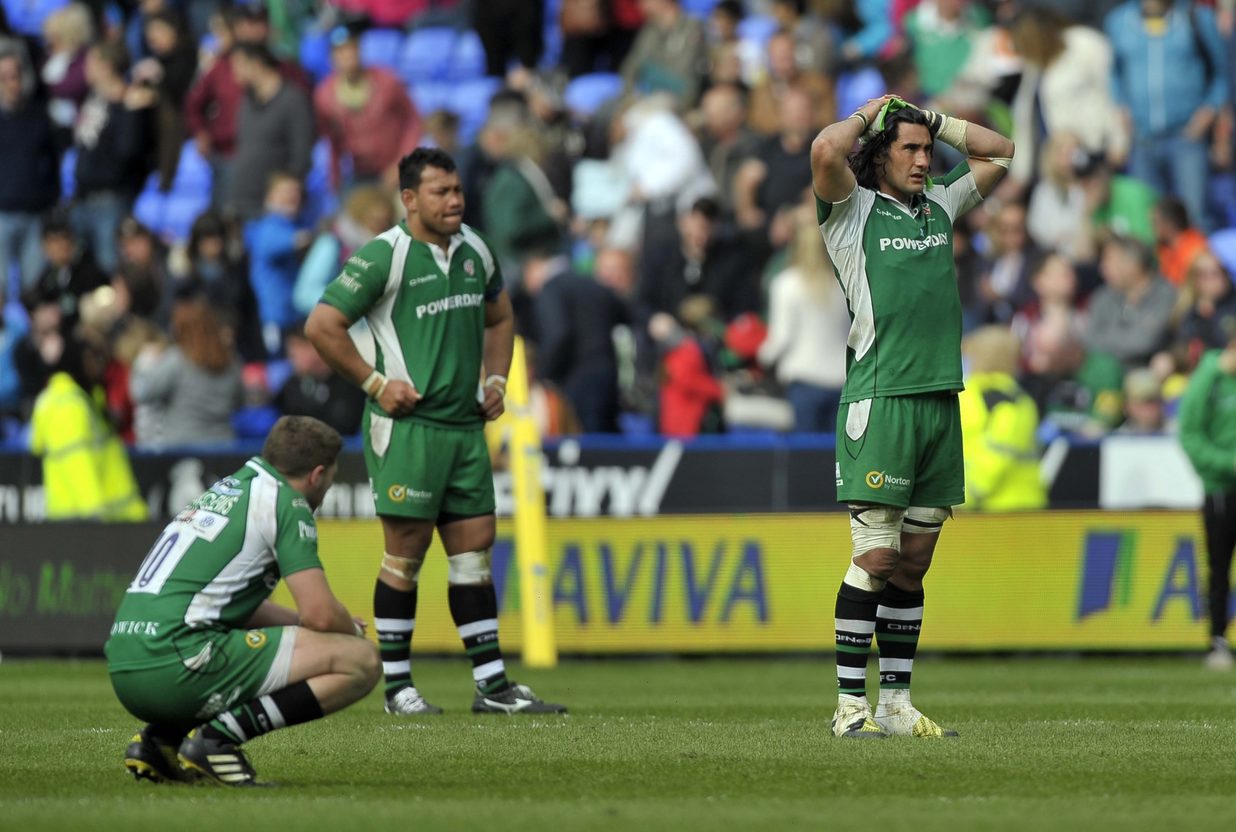 London Irish suffered a 25-32 defeat against Harlequins at the Madejski Stadium this afternoon, a result which sees the Exiles relegated from the Aviva Premiership.

The end of the match marked a sad day in the history of our great Club and the disappointment and emotion was clear to see on the faces of the Irish players.

The visitors scored three tries in the first 22 minutes, meaning Luke Narraway's side had plenty of work to do to claw their way back into the contest. To their credit they did that and with just over 15 minutes remaining led 25-22. However a Kyle Sinckler try 10 minutes before the end was to seal London Irish's fate.

Charlie Walker opened the scoring after 11 minutes of play. Danny Care sniped from the base of the ruck taking full advantage of the lack of Irish defenders around the breakdown. The England scrum half offloaded to James Horwill who in turn found George Lowe, with the centre showing great composure to draw Sean Maitland and allow Walker an easy run in. Ben Botica kicked the conversion to give the visitors an early 7-0 lead.

Theo Brophy Clews reduced the arrears to four points with a well struck penalty just before Walker was over for his second score. The winger showed great tenacity to rip the ball away from the grasp of Sean Maitland after chasing a Ross Chisholm chip kick to dot down in the lefthand corner. Botica added the difficult conversion to make it 14-3.

Only two minutes later Ross Chisholm was on the end of a sweeping Quins attack which saw them go from their own 22. The Irish defence was caught slightly narrow allowing Conor O'Shea's side to take full advantage. 19-3.

The Exiles were given a lifeline when Captain Luke Narraway was bundled over by his forward pack for a crucial score. Jack Clifford was in the sin bin for Harlequins and with one man extra in the pack, the Irish forwards were able to dominate the maul and score the try. This cut the visitors lead to 8-19.

Irish had their tails up and, with the crowd well and truly behind them, were able to muster up a second score three minutes before half time. The forward pack again laid a very solid platform and when the time came, Aseli Tikoirotuma was on hand to barge his way over the try line. It was no less than the FijIan international deserved after his first half display. Brophy Clews converted to make it 15-19.

Botica kicked his first penalty of the game on the stoke of half time to make it 15-22 at the break.

It took 15 minutes of the second half for the next score and it came courtesy of David Paice. The Exiles hooker broke from the back of the driving maul and had enough strength and power to score the try. Brophy Clews' kicked his second successive conversion to level it up at 22-22.

Irish took the lead for the first time in the contest with a second Brophy Clews penalty, however it was quickly cancelled out by Nick Evans who was just on as a replacement.

Kyle Sinckler was able to rampage his way through the Irish defence to break the hearts of the Club's players and supporters alike.

London Irish travel to the Ricoh Arena next Saturday for the final round of Aviva Premiership rugby.