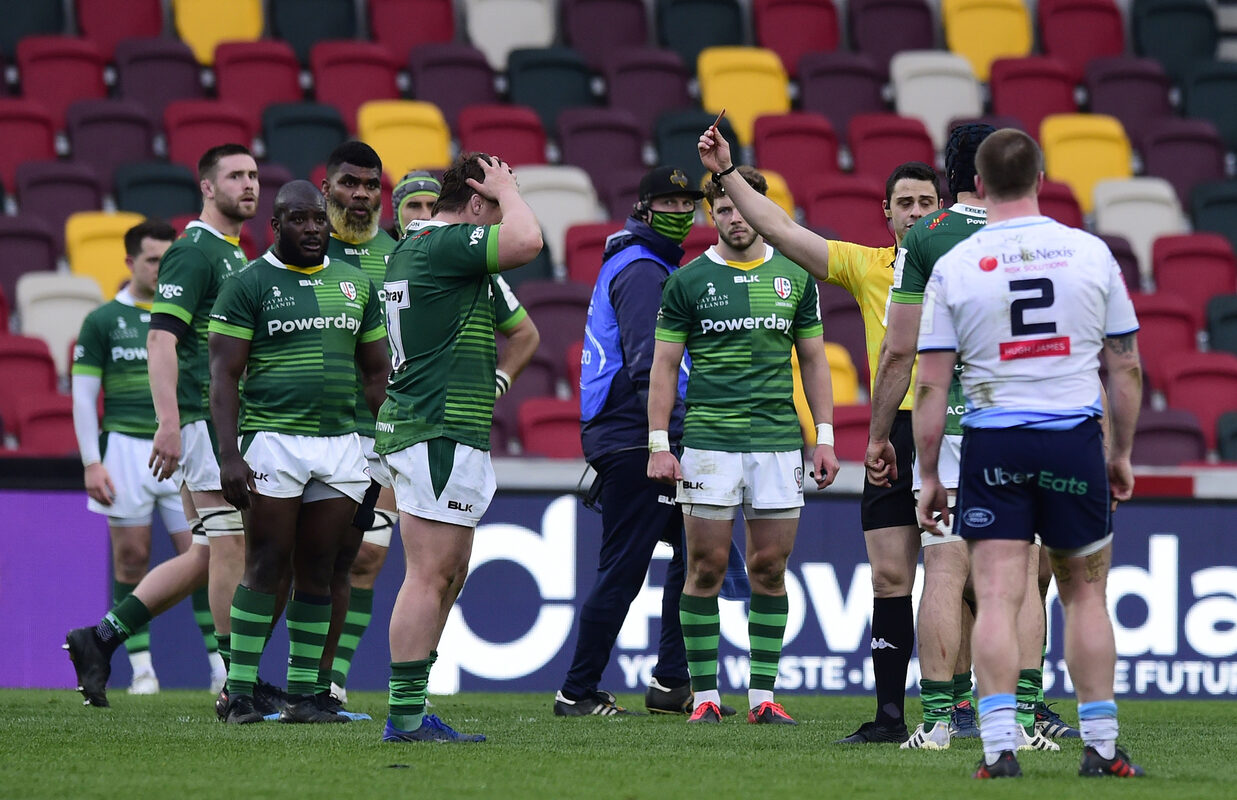 Will Goodrick-Clarke has been suspended for three weeks following an independent Disciplinary Hearing arising from our Challenge Cup Round of 16 match against the Cardiff Blues at Brentford Community Stadium last Friday night.

Goodrick-Clarke was sent off by the referee, Nika Amashukeli (Georgia), in the 46th minute of the match for tackling the Cardiff Blues prop, Dillon Lewis, in a dangerous manner in contravention of Law 9.13.

Law 9.13 A player must not tackle an opponent dangerously

Goodrick-Clarke is free to play on Monday, 26 April and both he and EPCR have the right to appeal the decision.