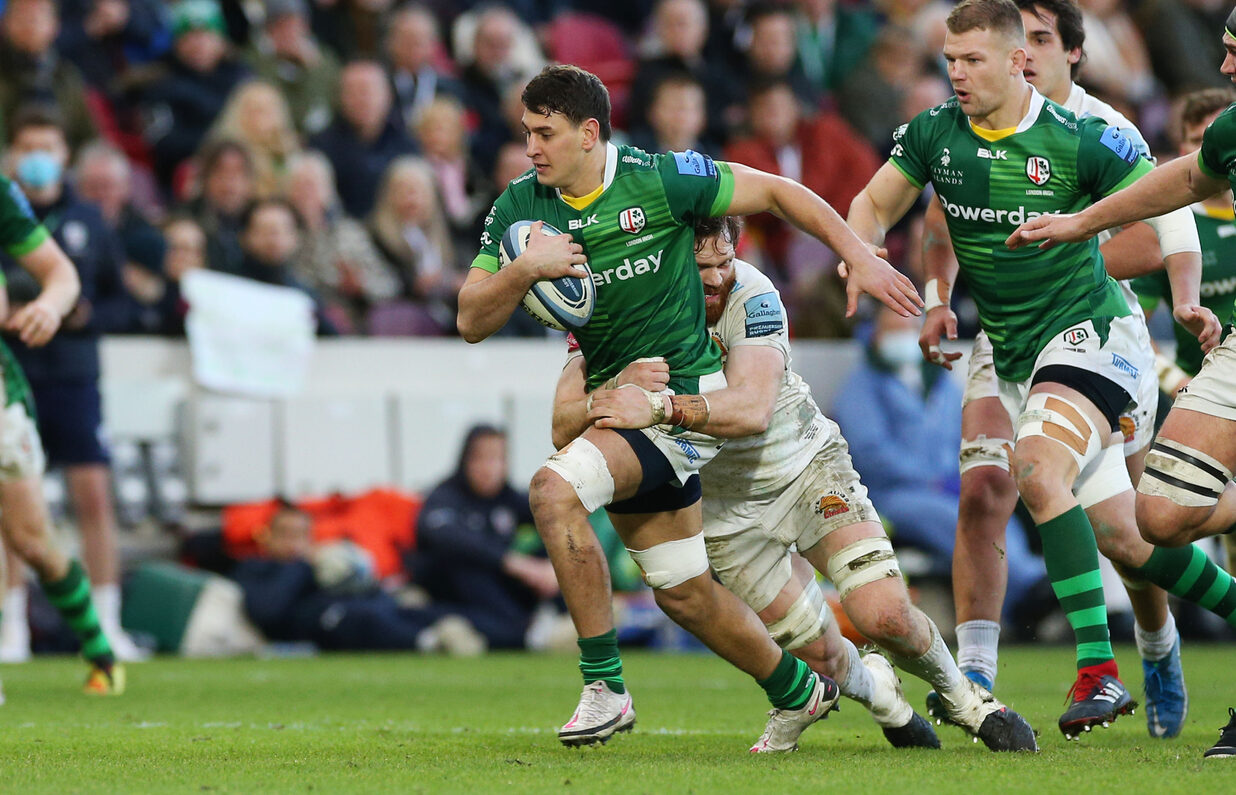 Juan Martín González believes diligent training at Hazelwood is laying the foundations to London Irish’s progression on the pitch this season.

With the Exiles currently occupying fifth place in the Gallagher Premiership, Declan Kidney has been preparing his team for another challenging fixture this Saturday when Worcester Warriors arrive in West London.

González, who has put in a string of good performances in his nine appearances for Irish so far, also underlines the mantra of taking it ‘game-by-game’ despite the Club’s encouraging footing.

“It’s in the way that we are training, in each session everyone is giving 100% in order to reach the top,” González voiced.

“I love the system we play at London Irish, and it’s very similar to what we do in Argentina, which has made it a lot easier for me to embed myself in the games because I feel as though I’ve been playing it all my life.

“We are in a good form. All the players and trainers believe we are on the up and everyone is so focused on our job which will give us a great chance to do well.

“We have to go game-by-game and not think too far into the future and just be in the moment, but if we train and play like we are doing now, we can go far.”

After realising a dream of gaining his first international cap and a try against Romania for Argentina in the summer, Gonzalez is also seeing the benefit of working alongside players at Irish with vast international experience.

“It’s very positive because they are like trainers and coaches, they are still players but always want to explain how I can be better, which I enjoy.”

The 21-year-old loose forward joined the team back in October alongside compatriot Lucio Cinti, adding to the Argentinean contingent and credits them in helping him bed into life at Irish.

“It’s my first time being away from home, but I really love this Club, all the people around me are good and it’s been easy to settle in.

“Agustín Creevy is a very good friend, he’s helped me a lot and is a very good person and a good player, so that combination is excellent in rugby, along with Facundo Gigena and Lucio Cinti.

“They introduced me to the club and within a few minutes I was friends with everybody, but my Argentinian teammates helped me a lot.”

Life on the field differs to that in his native Argentina, but Irish’s newcomer acknowledges how the Exile Nation at the Brentford Community Stadium give a boost to the team on fixtures like Saturday to become the 16th man for the boys in green.

“It is very different to Argentina, here you have a lot of games, and every game is very hard- you can’t afford to lose any matches.

“The competition is different because every game is like a final and not too dissimilar to international rugby, the players you play against are top-level.

“The atmosphere in Brentford is incredible and the fans are noticeable on the pitch, they give us a lot of extra energy, which is a plus and it’s an incredible home.

“Saturday is a very important game to us too, but we will take things game-by-game and will look to win.

“For me the most important part is to win games, it was a good result to go away to Sale and get a draw but this Saturday we are aiming to win and keep on improving.”