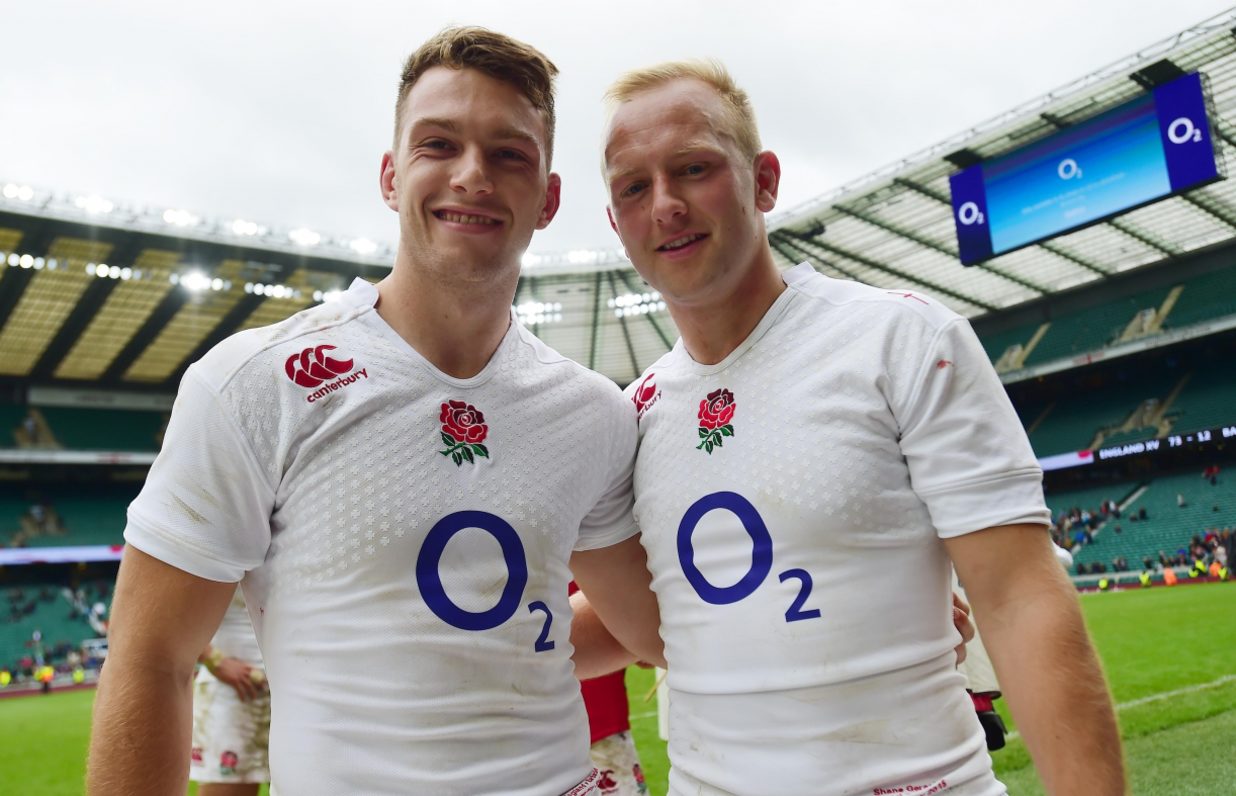 Sunday saw the England XV secure an emphatic 73 – 12 win over the Barbarians at Twickenham in which London Irish’s Shane Geraghty and Alex Lewington were named on the bench.

“It was a great week and great to back and involved in England,” said London Irish’s Shane Geraghty, who has six England caps to his name, reflecting back on the game.

“It was great to get out there and get some game time at the weekend and even better with Alex Lewington coming on.”

The pair have been in fine form for the Exiles this season. Geraghty, who has captained the side on several occasions, bagged 164 points in the Premiership, with Alex Lewington finishing the term with 12 tries in the competition.

With 10 tries for the England XV squad it seemed they could do no wrong, made even sweeter by Shane setting up a Josh Beaumont try with a pass through the legs.

‘I got about 30 minutes,” Geraghty continued. “I’m glad I had a few memorable moments, my family were happy and the coaches seemed happy with my performance.

“Its great to be back in an England shirt at Twickenham against a top team like the Barbarians and to add something from the bench was even better.”

The game also saw Alex Lewington’s first game in the white shirt, and Geraghty was full of praise for the young winger.

“He’s played incredibly well for London Irish this season and his just reward was playing in the England jersey.

“I just said, go out and play your natural game and do what you have been doing for London Irish and I think he showed a good account of himself.

“With the new coaches and players it’s exciting," said Geraghty looking ahead to next season at London Irish.

“I’ve got a bit of time off in June so will hopefully get away somewhere hot for a bit of sun and be ready for a big pre season.

“Obviously it’s big year with the Rugby World Cup and an extended pre season so it is a really good opportunity to start well.”