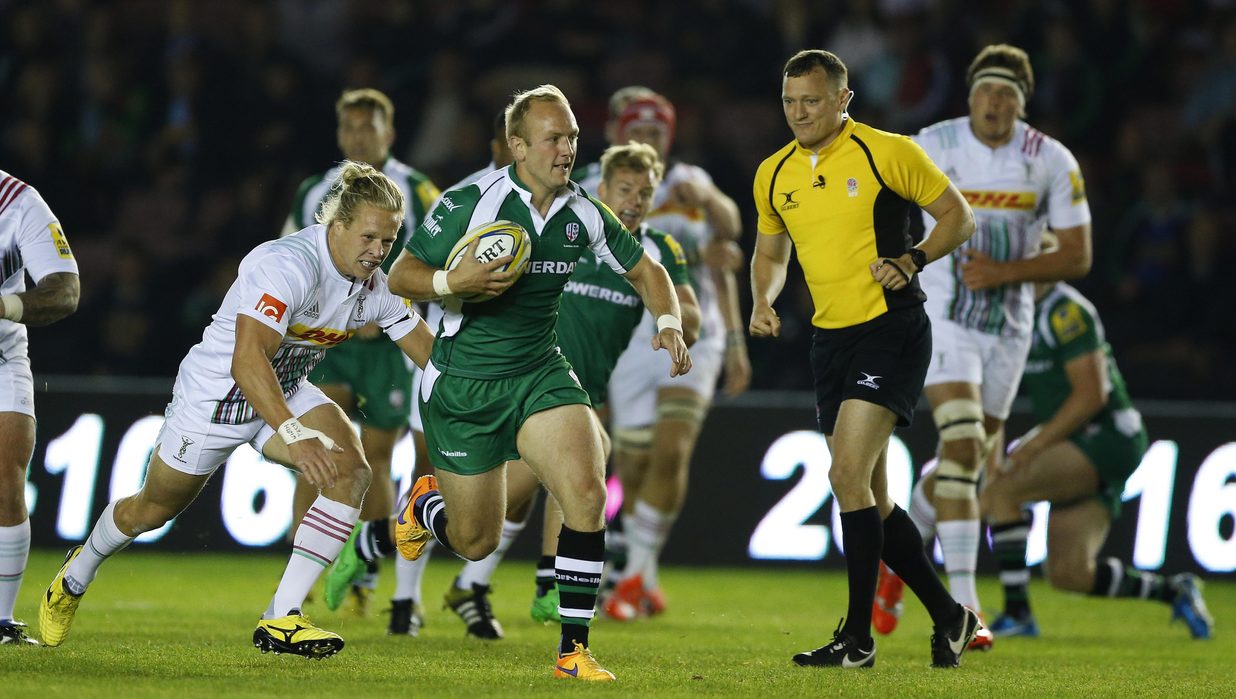 Shane Geraghty has been selected to start at fly half for London Irish when they welcome Edinburgh to the Madejski Stadium in the European Rugby Challenge Cup on Saturday 12th December (kick-off 3pm).

Geraghty is one of five changes to Tom Coventry’s starting line up. The pack remains largely unchanged with Tom Court, Gerard Ellis and Ben Franks lining up in the front row once more with Eoin Sheriff and Jebb Sinclair partnering in the second row.

The only two changes in the forwards come in the back row, with Conor Gilsenan making his first start of the season from open side, Luke Narraway retaining the captaincy on the blind side and Ofisa Treviranus coming in at number eight.

Geraghty is partnered with Brendan McKibbin in the halfbacks, with Johnny Williams making his return to link up with Aseli Tikoirotuma in the midfield.

Andrew Fenby makes his return to the starting line up on the wing, with Alex Lewington named on the other and Sean Maitland at fullback.

London Irish Head Coach Tom Coventry said of his side: “We have welcomed some players back into the squad including Shane who is back from injury. This is a big week for us returning to the Madejski Stadium; we want to go out there to make our supporters proud and give a good account of ourselves to stay in contention in the group.”

London Irish side to face Edinburgh: