Geraghty positive ahead of 2015/16 Season 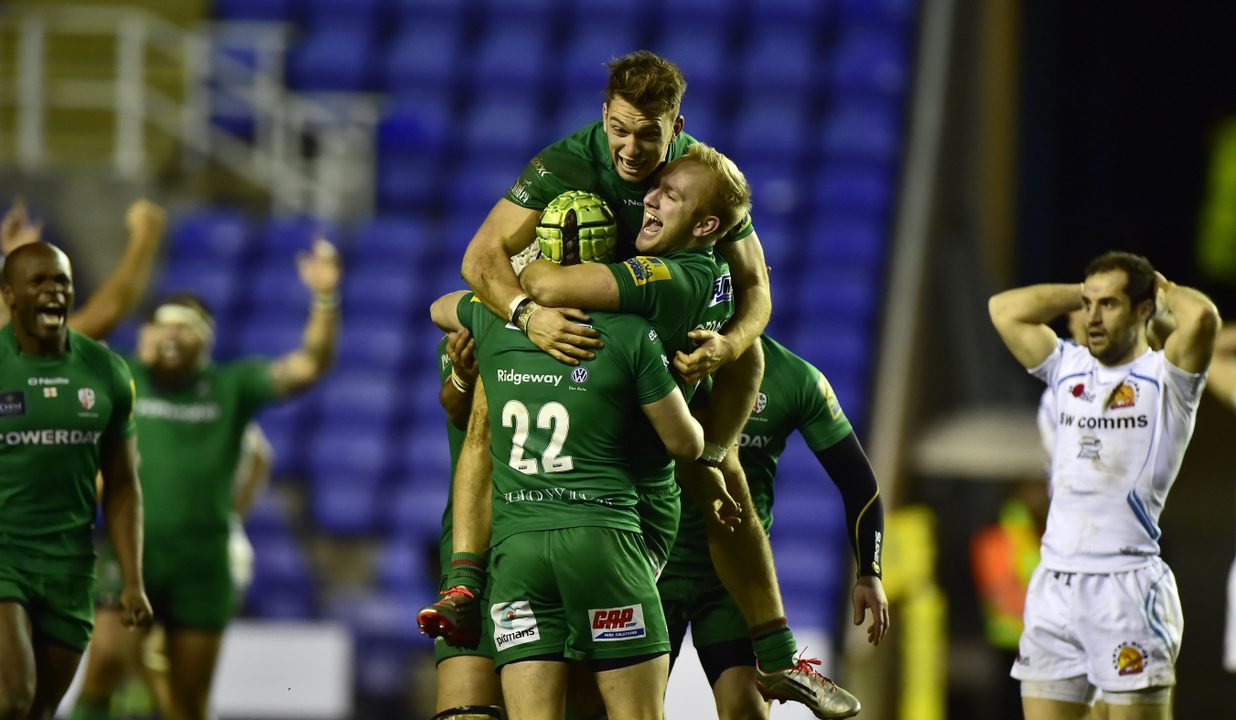 London Irish’s Shane Geraghty looked back on a season that included his last gasp winning drop goal against Exeter at Madejski Stadium back in January.

“It has been a season full of highs and lows, we have had some fantastic games to look back on; beating Leicester at Welford Road for the first time in 11 years was a huge highlight and something not many players achieve. Getting a home quarter final in the European Challenge Cup again was a target, however it was disappointing to obviously not get further in that competition.

“After Christmas our form was quite good and obviously we finished the season on a bit of a high, playing some of the rugby we know we are capable of against Wasps on the final day was a good way to finish off the season.”

Geraghty and the squad will now enjoy some time off before preparing for next season with 11 new additions to the squad and three new coaches.

“Looking ahead to next season, obviously everyone knows about all the changes with coaches and players coming in. There is a lot to look forward to. Exciting times with World Cup players such as Ben Franks, Sean Maitland, people of real quality, but also the new coaches coming in, so we are adding a lot to what we have already got. It’s also great the coaches are coming in early in pre-season so we can really get preparing for the season ahead.”

Competition of places and squad depth is something Geraghty is welcoming, however when asked what position he wants to play, he remains open minded.

“I’ll have to speak to Tom Coventry about that and get his thoughts on it. I am happy to play anywhere in this team. I’ve played a mixture of 10 and 12 this year and I’ve enjoyed mixing it up. It will be interesting to know what style of rugby we will be playing next year and we will take it from there. It will be great to have the likes of Dom Waldouck coming in. I have played with him before at younger age group levels so I know he is a quality player, very skilful so it is great to have him on board.”

The London Irish squad will return to Hazelwood for pre-season training on 1st July.