Geraghty keen to get stuck in 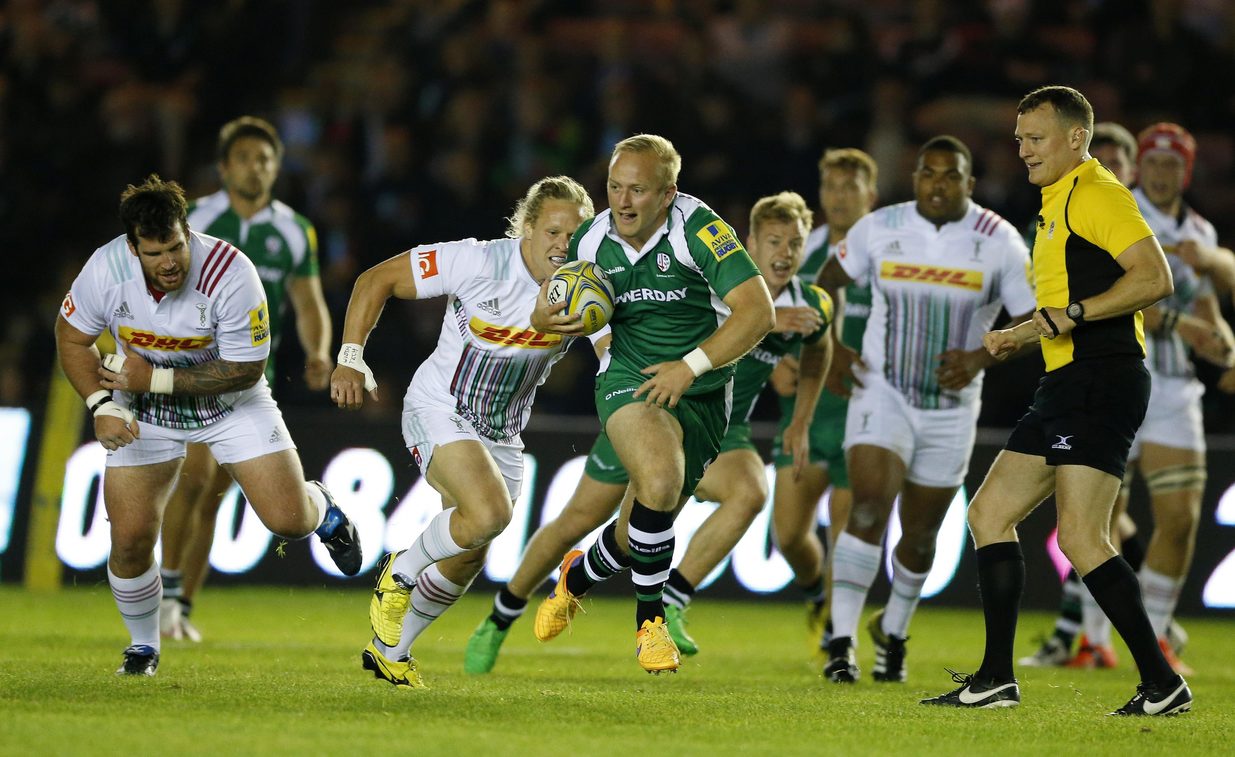 Joining the London Irish Academy back in 2004, Shane Geraghty, 29, has spent most of his rugby career in London Irish green and continues to be a pillar of the squad among his team mates. With a career spanning 12 years, Geraghty talked about some of his favourite moments during his London Irish career and expectations for the upcoming season.

“There have been a few good memories but the one that comes to mind is playing in the Heineken Cup semi-final against Toulouse at Twickenham in 2008. We didn’t win the game but the team we had of Nick Kennedy, Mike Catt, Topsy Ojo and David Paice and the progress we made together led to us getting to the Premiership final the following season,” said Geraghty.

With a number of notable achievements to his name, Geraghty discussed his induction into the London Irish ‘100 Club’ and his International career, saying, “It was a huge honour to play 100 games for such a great club and the fans have been and continue to be brilliant.

As for his International career, “Everyone dreams of playing for their country and for me to achieve that was a massive moment.”

Conversation turned to the current season and having played alongside Nick Kennedy, Declan Danaher and Paul Hodgson throughout the majority of his career, when asked about the new coaching structure he proceeded to speak highly of his former team mates stating, “It’s been a breath of fresh air having Nick, Dodge and Dec come in and they have got so much respect within the squad already.”

This coming season poses a highly competitive London Irish backline and Geraghty is no stranger to competing for a place in the starting XV. When asked what his expectations were, Geraghty said:

“For me it’s getting to the front of the queue of talented players we have in that position. It’s about enjoying the environment, the company of your team mates and really trying to get the best out of myself and to keep improving.”

We’ve heard a lot about the Championship and how tough it is. We respect the teams that are in it but now we really want to get going.”

Join London Irish as they kick start their Greene King IPA Championship campaign on Saturday 3rd September against Doncaster Knights at the Madejski Stadium. Click here to buy your match tickets or call our ticket hotline on 0118 968 1016.