Geraghty Back in Full Training 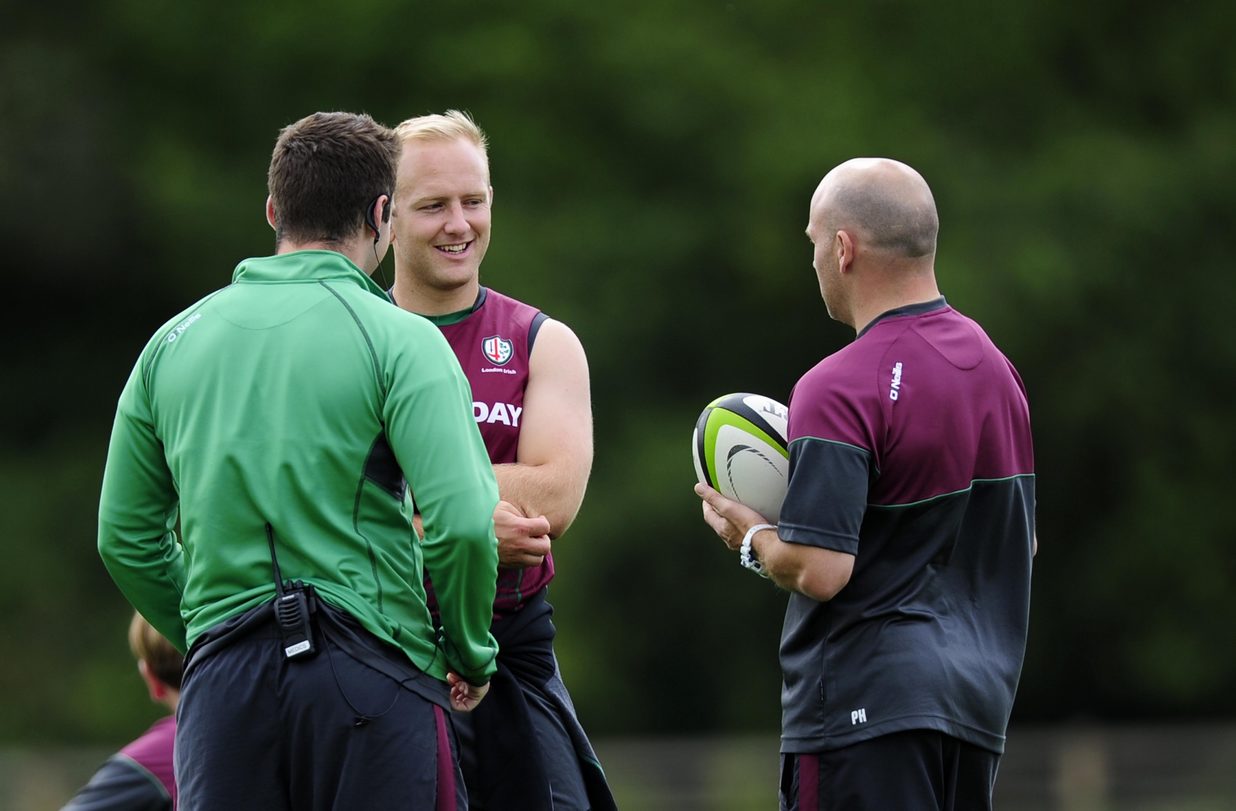 London Irish’s Shane Geraghty has this week returned to full training after recovering from injury.

The England International has just concluded his return to play rehab programme after sustaining a fibula injury whilst playing for the England XV against the Barbarians in May.

Shane has endured a rigorous rehab programme that has now allowed him to integrate back into full training.

“I had to fully recover from the injury before I could get back in the gym and start working on my cardio with Andre Quinn who runs our return to play programme.

“I’ve been on the watt bike and had the chance to work on different things that I wasn’t able to work on last season in the gym, so it has been good in that sense.

“Over the last three weeks I have been running, trying to catch up with the amount of running the other boys have done, and this week has been the first week back in full training so it has been really enjoyable getting back into the thick of it with the new coaches and their philosophies.”

Pre-season has been broken down into three blocks and the focus now in this final block is putting into practise the key learnings which will be executed against Harlequins in the Cunningham Duncombe Series.

“We have been through a long learning stage throughout pre-season and it is now about tying it together and executing against Harlequins.

“It will not be long before we play Leicester and that is in the back of our minds and is really showing in the increased intensity in our training sessions.

“Competition for places is high, so it is good time to be re-joining the group.”

The 29-year-old has shown his versatility throughout his career by playing in a number of positions across the backline and is happy to slot in at 10 or 12 when required.

“The coaches’ approach this season does open up to a second ball player in the backline alongside the 10. Whether I’m playing 12 or 10 I feel I had a good season last year and I really want to build on those positives.

“The competition is good for the 10 position, there is a good mix of experience and youth, it is always good having that blend, everyone is constantly learning, constantly improving and striving to be the best they can be.  The balance is really good and it is exciting for all of us competing for that position.”

One of the huge strides the playmaker made last year was in his goal kicking. His kicking percentage significantly improved and he puts of lot of this down to a kicking tee that a former team mate left behind.

“Last year I changed the tee and the way the ball sits on the tee. I managed to keep hold of James O’Connor’s tee when he left! I finished the season off quite well and it is a good basis to kick on from.

“You see it a lot in other sports, particularly golf where players adjust their technique or the golf club they use to get a more seamless style and I suppose I have done the same. I have worked hard with Richard Whiffin and looked at the games I have kicked well in and tried to replicate that process in training.”

For a man currently in his 11th pre-season programme, who has been involved in both successful and struggling London Irish sides, he is well placed to offer an opinion on the atmosphere around the Club.

“Tom wants everyone on the same page and trusting each other, off the pitch as well as on the pitch. Most Wednesday’s we participate in team bonding sessions to build bonds and gain trust in our team mates.

“It definitely transfers out onto the pitch, you don’t want to be coming out in the first game against Leicester and not have that inner belief and trust in each other.

“From past experiences, in the teams that I have played in that have been successful we have had a great bond on and off the pitch so I think we have a good environment heading into the new season.”