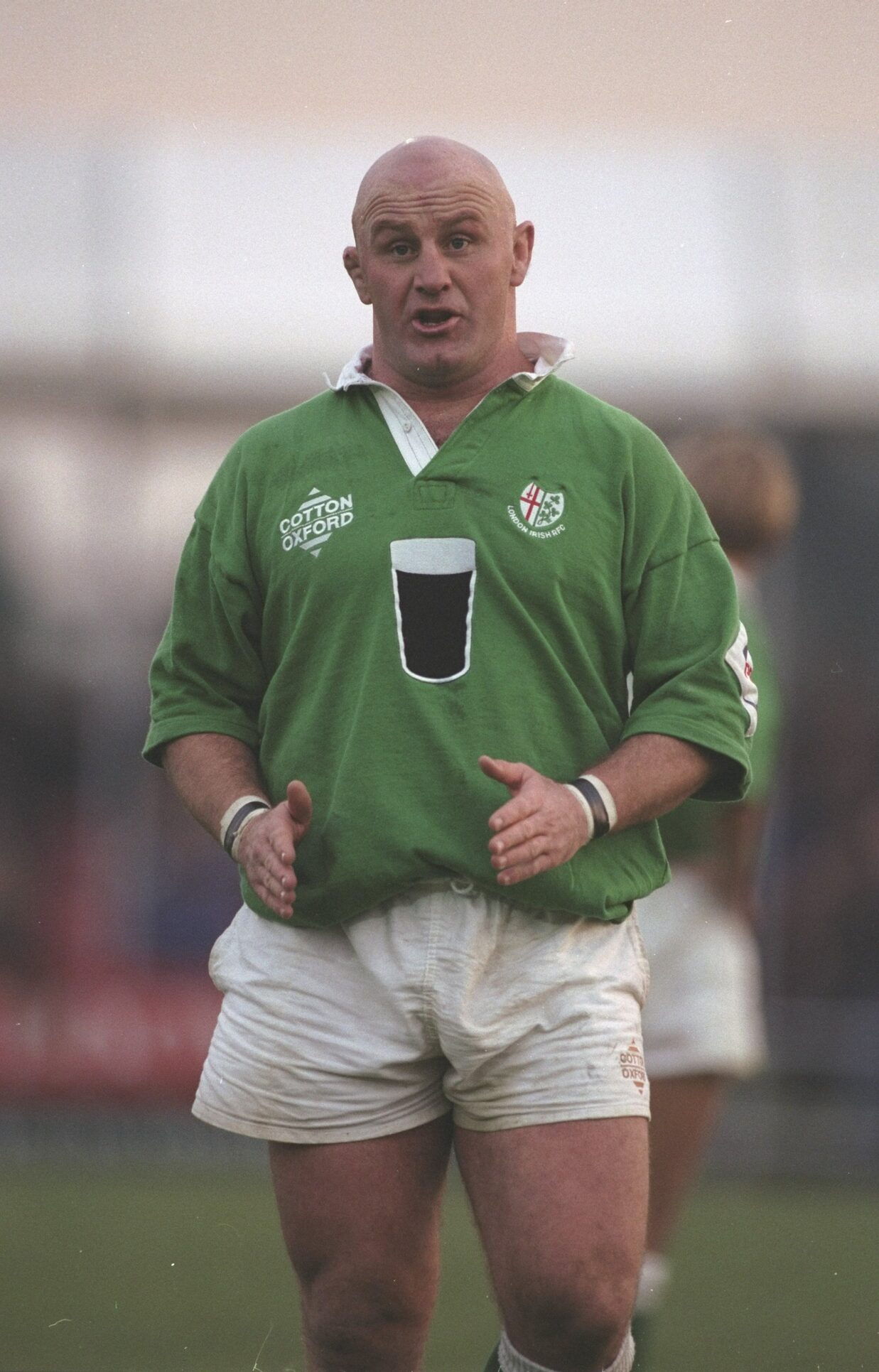 London Irish has learned with regret of the death of its former player and friend Gary Halpin (55) who passed away suddenly on Tuesday 23 February.

Gary grew up in Kilkenny, he attended Rockwell College and played schools rugby for Ireland while at the famous rugby school.

Such was his athletic ability he was offered and accepted a scholarship to the University of Manhattan in the United States where he specialised in throwing the hammer. He won the American Indoor Collegiate Championship in that discipline and represented Ireland in the 1987 World Athletics Championships. He graduated from the College in 1988.

Upon returning to Ireland in 1989, Gary joined Wanderers rugby club in Dublin, toured North America with the Irish senior squad, and the following year made his international debut against England at Twickenham. He won 11 caps and scored one try in a five-year international career that included two World Cups, ending in a 1995 World Cup quarter-final defeat to France.

His one international try was scored against the All Blacks in the 1995 World Cup and is famous for Gary’s post-score celebration.

Gary joined London Irish in 1991 and over the following seven years made 122 first team appearances. He was an inspirational leader and the Club’s first captain of the professional era. A combative tight head prop forward he had the physical strength to compete with the best in the pre-professional and professional eras. He also played for Leinster and the Barbarians.

Off the pitch Gary was an excellent and entertaining speaker, giving generously of his time in the cause of rugby and the many charities he choose to support. He proved to be an exceptional ambassador for London Irish and the game of rugby. He was inducted into the club’s Hall of Fame in 2012.

During his two decades in this country Gary taught at St George’s College in Weybridge and at the Oratory School near Reading.  He subsequently returned to Ireland where he was Head of Boarding at the Cistercian College, Roscrea, County Tipperary at the time of his death at home in Kilkenny.

London Irish extends its sincere sympathy to his wife Carol and their three children – Bentley, Leonie and Lenka, to his sisters and brothers and to his extended family and friends.