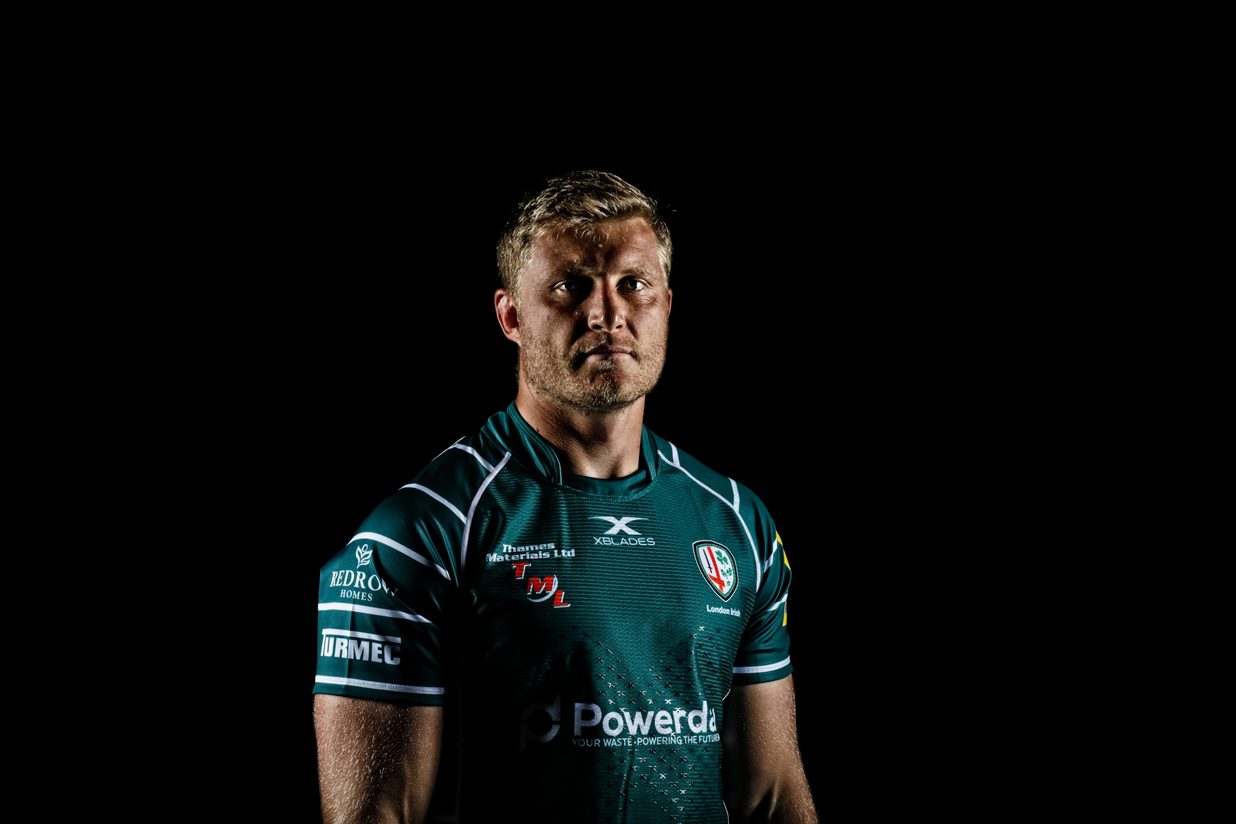 London Irish talisman Franco van der Merwe has already set his sights on a solid pre-season with the Exiles, the former Springbok international keen to see his side back in the big time.

Speaking from his Durban home where he is spending some welcome time with his wife and kids, van der Merwe says he wants to hit the ground running on his return to the club’s Hazelwood training complex on Wednesday 13 June.

“I’m enjoying a bit of family time in South Africa for a couple of weeks and then we’ll head back to London for a couple of days before pre-season starts,” said the second-row, who amazingly played more minutes than any other player in the Premiership last season.

“I’ll be having a nice break from the game, but in saying that I’ll be looking after myself as I don’t want to arrive for pre-season overweight.

“It’s nice to have some time off, but I know the guys are excited and after the team meeting prior to the summer break, there were a lot of positive vibes.”

Pre-season training gets underway on Wednesday 13 June, while the Greene King IPA Championship fixtures are set to be released around this time too as Irish gear-up for the future under Declan Kidney and Les Kiss.

“We have two new coaches in the management team and I’m sure they will be looking to do lots of work with us during pre-season to get us playing the style of rugby that they want,” said van der Merwe, who played under Kiss at Ulster.

“I’ve not played in the Championship before, but I’ve heard that it’s a lot more physical than the Premiership and it’s an upfront battle, which I’m looking forward to.

“I think it’s important that we set a good foundation and ensure that the club is in a good shape longer-term. Whoever we recruit must fit into the culture of the club and the way that we want to play – we have to gel as a team and get those players into the right positions for the future.”

With Scotland international Gordon Reid reaffirming his commitment to the Exiles yesterday, van der Merwe’s wealth of experience is a further boost to the pack. Relishing the captaincy during the latter stages of last season, van der Merwe added: “I must say, I enjoyed the captaincy a lot and I had leaders around me, not just the experienced heads, but players like Theo Brophy Clews were good talkers on the field.”

The future starts now for London Irish, be a part of it with a 2018/19 Season Ticket. Find out more at www.london-irish.com/seasontickets