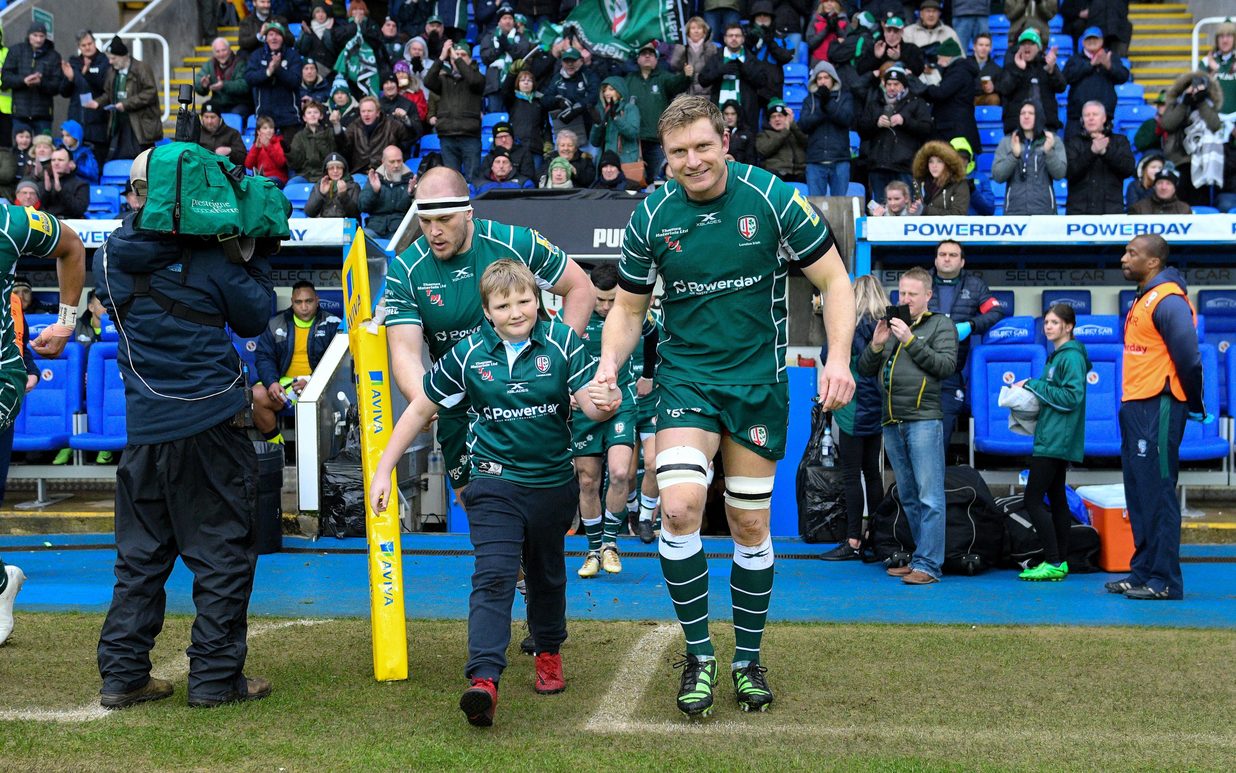 Franco van der Merwe is relishing the prospect of going head to head with Gloucester in the iconic St Patrick’s Party fixture at the Madejski Stadium this Saturday (kick-off 3pm).

The South African, who turned 35 last week, will experience his first ever St Patrick’s Party fixture when the Cherry & Whites come to town.

“I’ve seen the marketing material in the build-up to the game and it has certainly heightened my excitement for the match,” said van der Merwe.

“We’ve had a good training week despite the very cold conditions, and we’re all looking forward to the challenge of going up against a strong Gloucester side.

“They are playing an attractive brand of rugby under Johan Ackermann, so we’re expecting a very tough game and we’ll have to be at our very best from the word go.

“Like us, they have a lot to play for, having got themselves into the top six with some important games coming up.”

Gloucester make the trip to Berkshire having put themselves in contention for a top four finish following a string of impressive results. While the Kingsholm outfit have been embroiled in some tightly contested fixtures in recent weeks, the Exiles defeated Worcester Warriors and pushed Wasps all the way at the Ricoh Arena to give themselves renewed hope ahead of the season run in.

“We showed a lot of character against Wasps and ultimately I’m really proud of the way in which we’ve performed lately,” said van der Merwe.

“The win against Worcester just shows the quality and character that we have in the team and we’ll be looking to play each game like it’s a play-off between now and the end of the season.”

Capped by the Springboks, van der Merwe has been an invaluable presence around the Exiles’ Hazelwood training complex since his arrival last summer.

Enjoying the captaincy, van der Merwe added: “I’m proud to be captaining this side and it helps having other senior heads to assist with the leadership and decision-making too.

“The passion shown by the team in our last outing at Wasps was incredible and I’m honoured to be captaining this team in the Aviva Premiership, especially London Irish which has such a rich history.”

You can book your place at the party of the season from just £4 for under 13s and £26 for adults, and as the St Patrick's Party is the perfect occasion to share with friends and family we are offering a 25% discount to groups of 10 adults or more.

We are also introducing a family ticket consisting of two adult and two concession tickets in the South Stand costing just £50, which saves you up to £44!

You can bag your tickets online by clicking here or by calling the London Irish ticket office on 0118 968 1016 (Monday to Friday 9am to 5pm, Saturday 9am to noon). Please note, family tickets are only available to buy over the phone.