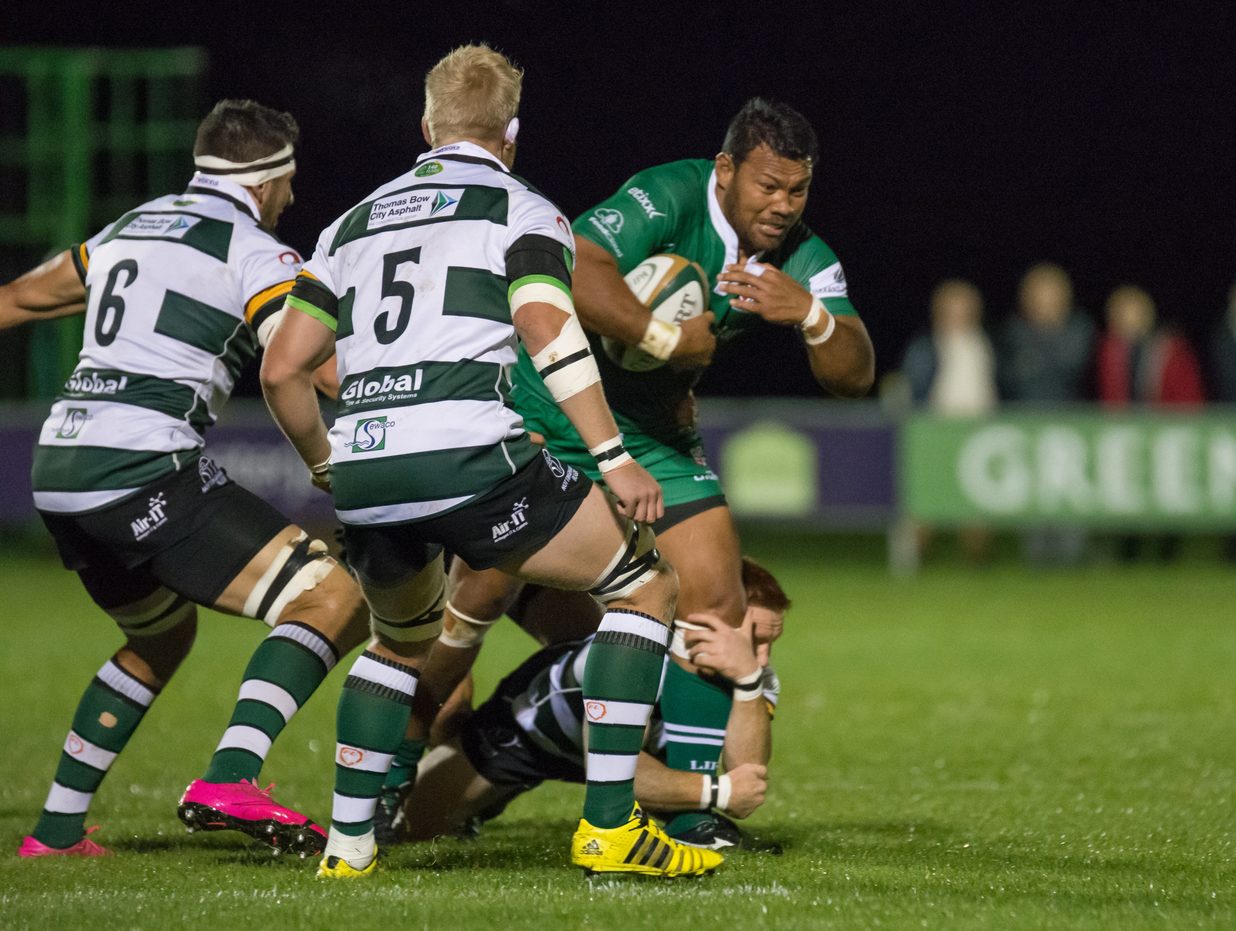 London Irish maintained their perfect start to the Greene King IPA Championship campaign with a 29-7 bonus-point victory over Nottingham Rugby at the Lady Bay Sports Ground.

Tries from Scott Steele, Aseli Tikoirotuma, Max Northcote-Green and Fergus Mulchrone sealed maximum points for the Exiles as Nick Kennedy’s men made it five wins out of five to cement their supremacy at the Championship summit.

This was arguably the Exiles’ most polished performance of the season and despite Nottingham’s last gasp consolation try, Nick Kennedy’s men could head down the M1 in high spirits.

Irish surged into a second minute lead thanks to the impressive Steele, the industrious scrum-half sprinting 35 metres to slide over the whitewash in emphatic fashion. Tommy Bell added the extras to give Irish the early advantage at 7-0.

Bell extended the visitors’ lead to 10-0 with a penalty just short of the half-hour mark as the Exiles' pack turned the screw on a brave Nottingham outfit. Steele went close to doubling his tally for the evening on 33 minutes when he sliced through the hosts’ defensive line following a neat pass from James Marshall. However, a scrambling Nottingham defence prevented Steele from crossing the line.

Irish would not be denied their second score of the contest before the break however, as Tikoirotuma showed a series of Nottingham defenders a clean pair of heels to cross in the corner. A sweeping move involving Mulchrone and Fowlie provided the Fijian winger with the ammunition to score and send his side into the break 15-0 up.

Irish picked up where they left off after the interval, Northcote-Green crossing for his second try of the season on 44 minutes. Steele, who was pulling the strings from scrum-half set-up the former Bath man as Irish increased their lead to 22-0. Six minutes later Irish secured the try bonus-point by virtue of Mulchrone. The Mancunian, who was handed his first start of the season last weekend, hit an intelligent line to take Steele’s pass and crash in under the posts. Bell’s simple conversion made it 29-0.

The visitors looked to push home their advantage for the remainder of the contest, but Nottingham to their credit demonstrated their steely character in defence. And with the last play of the game Nottingham got their just reward for their endeavour in defence when Antonio Harris touched down in the corner. Lawrence Raynor converted from the touchline and it finished 29-7 to Irish.