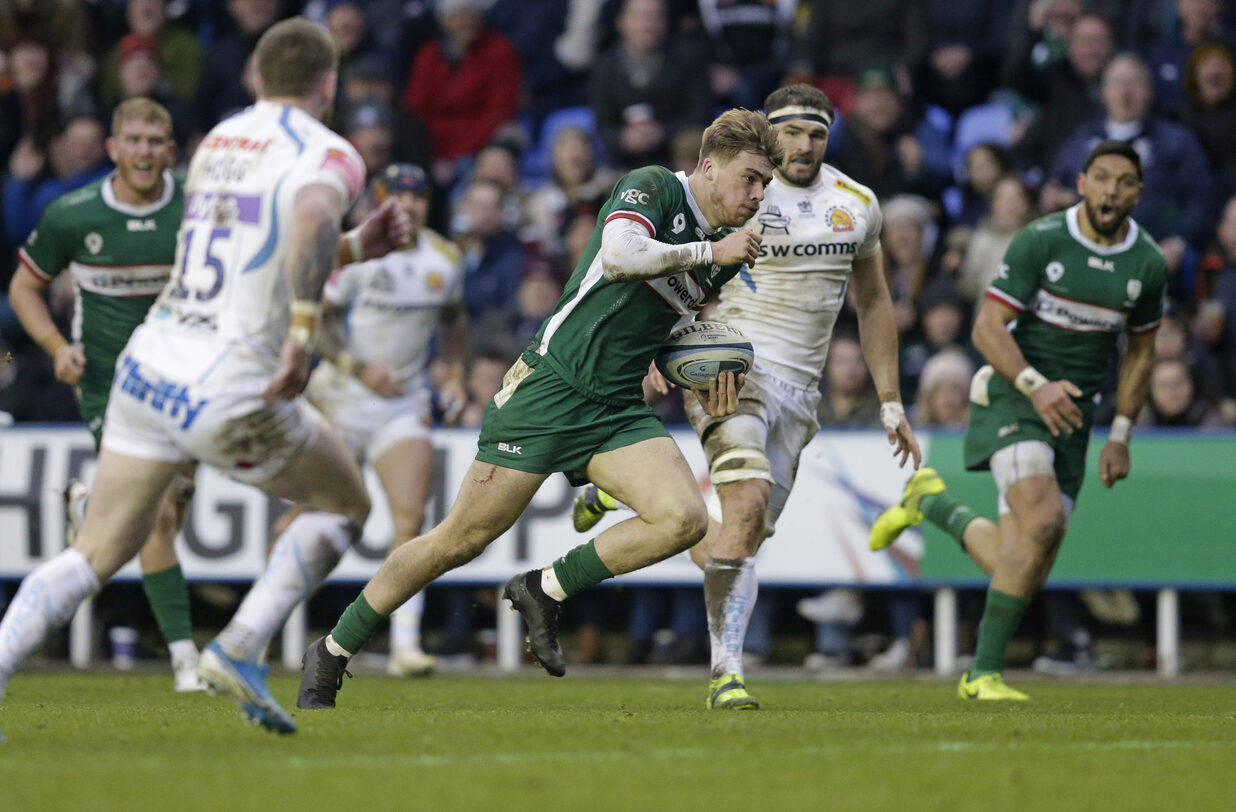 As the clock ticks down to the resumption of professional rugby in mid-August, Premiership Rugby has now confirmed all the outstanding fixtures for the remainder of the 2019/20 season.

As confirmed earlier this month, the Exiles will return to action at the Rec against Bath on Saturday 15 August (kick-off 3pm).

A first 'home' fixture at the Stoop – where the club will play all its remaining home fixtures between now and the end of the current campaign – follows a week later on Saturday 22 August against Northampton Saints, a match which will be broadcast live on BT Sport at 2pm.

Rounds 14-17 are concluded with an away fixture against Leicester Tigers (Wednesday 26 August, 6pm) and a home clash versus Saracens, which has now been moved back 24 hours, to Bank Holiday Monday, 31 August, at 1pm.

Declan Kidney's men will start their final five fixtures of the campaign at Gloucester Rugby in another live TV fixture on Saturday 5 September (4.30pm), before Exiles play 'host' to our temporary landlords Harlequins at the Stoop in a midweek clash on Wednesday 9 September (6pm).

The following Sunday, 13 September, Worcester Warriors are the visitors to the Stoop, prior to our penultimate fixture of the season at current leaders Exeter Chiefs, on a date to be confirmed in due course.

The Exiles' final fixture of a prolonged 2020/21 season sees them host the Bristol Bears on Sunday 4 October – 3pm kick-off.

Every match played behind closed doors in the resumption of the 2019/20 Gallagher Premiership will be shown live on BT Sport. Once crowds can safely return to stadia, BT Sport will revert to broadcasting multiple matches exclusively live per round.

Exiles Director of Rugby, Declan Kidney, said: “Seeing all the remaining fixtures confirmed takes us that bit closer to the return of rugby, which we’re all really excited about.

“We’re keen to finish the season strongly and regain the momentum which we had had when the league went on hiatus back in March.

“Of course, there’s an element of the unknown with so many fixtures in such a short space of time, but it presents an opportunity for us to use the full squad as well as delving into the Academy.

“We’re disappointed we can’t play in front of our fans, but we know they’ll be with us in spirit – as always, every time we pull on the jersey, we do it for our supporters.

“Playing all our fixtures away from home will take a little bit of adjusting to, but it will make playing at Brentford next season even more special.”

Kidney added: “I couldn’t speak any more highly of the players and staff over the last few weeks and months.

“They’ve adapted to and embraced the new ‘normal’ in the most professional of manners and we’re all champing at the bit to return to competitive rugby once again.”