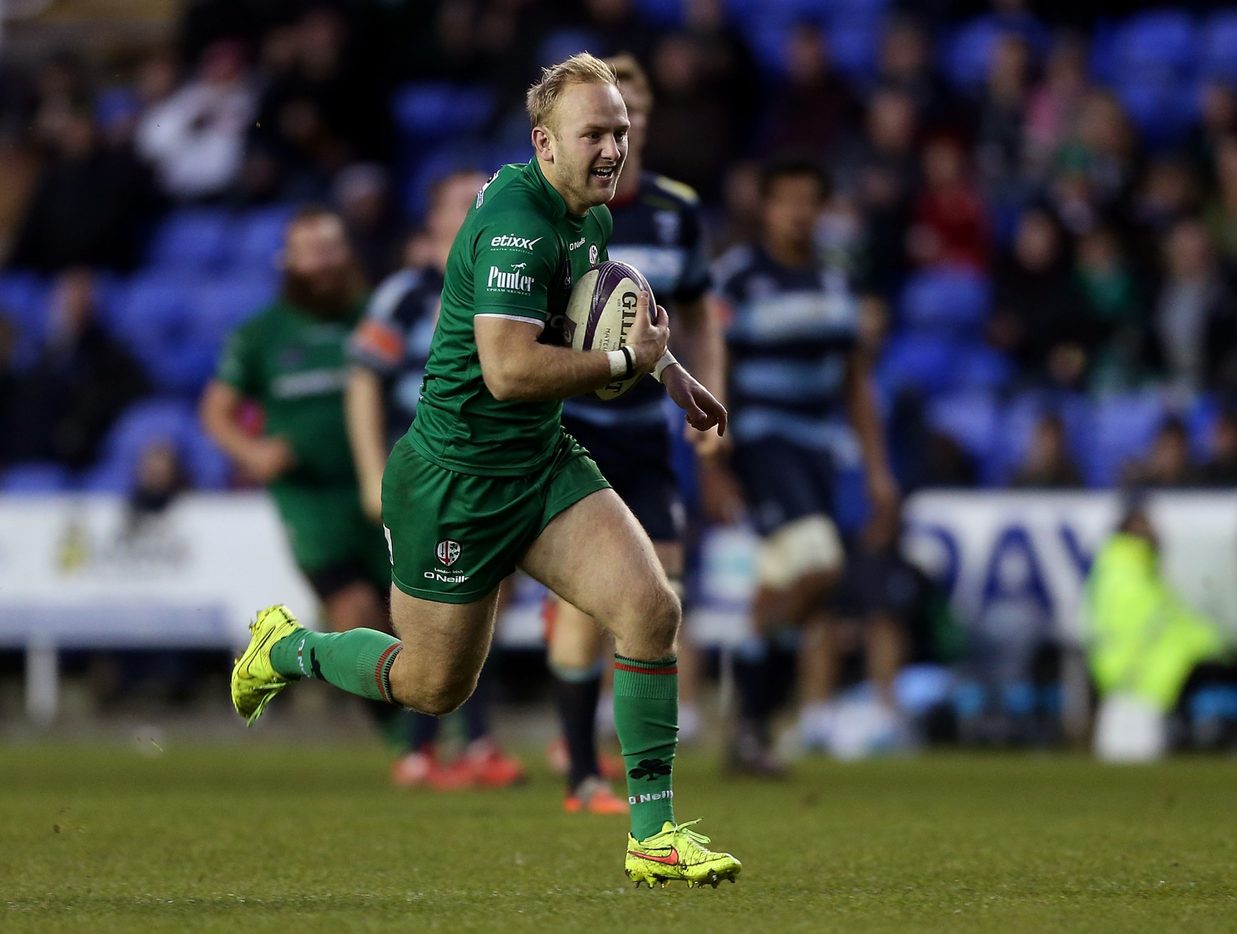 London Irish moved to the top of their European Challenge Cup pool this evening with a 34-23 victory over Cardiff Blues at Madesjki Stadium.

Andrew Fenby crossed for a brace of tries in the win and there was also a try for Shane Geraghty who played for the first time at fly half since the opening day of the season and 19 points from the boot of Tom Homer.

Corey Allen and Gareth Anscombe replied for the visitors with the latter also kicking 13 points.

London Irish were buoyed by the return of George Skivington from injury to make his first European start of the season. Tom Homer also started the match at full back after coming off the bench in the Welsh capital last weekend.

Shane Geraghty moved from inside centre to fly half with Eoin Griffin and Eamonn Sheridan forming an all Irish centre partnership. Luke Narraway started at number 8 in place of Ofisa Treviranus.

Irish took the lead after six minutes with an early Tom Homer penalty as the visitors were penalised for bringing down the Exiles driving maul.  The Welsh outfit responded with a well worked try that was finished off by outside centre corey Allen to take a 3-7 lead after 10 minutes of play.

Brian Smith's side then had to stand up to an onslaught of pressure from the Blues as they came metres from scoring a second try, however the hosts turned the ball over and managed to clear their lines.

Homer reduced the arrear to a single point with his second successive penalty goal and followed that up with a third six minutes later to put London Irish back in front 9-7.

Andrew Fenby put in a great defensive hit on his opposite man Alex Cuthbert to really give the Exiles a lift and shortly afterwards they scored their first try. Shane Geraghty made a fantastic break up the middle of the park and was well supported by Topsy Ojo who was dragged down just short of the line.  The ball was quickly recycled and found its way into the hands of Fenby who finished well in the corner. Homer converted to make it 16-7 to the Exiles.

Gareth Anscombe got the Blues well back in contention with two penalty goals just before half time to give Irish a slender 16-13 lead at the break.

Irish scored their second try seven minutes after the restart and it was made and finished by Shane Geraghty. The Irish 10 charged down his opposite numbers attempted clearance kick, regathered and scampered away to dive in under the posts. Homer's conversion put daylight between the sides for the first time in the contest and made the score 23-13.

Irish continued to pose a threat in attack and were rewarded with another penalty which Homer booted over to increase the Irish lead to 26-13.

Anscombe reduced the arrears with a third penalty goal and then straight from the re-start Irish were in for their third try. Eamonn Sheridan won the aerial battle from the Geraghty re-start and tapped the ball fortuitously into the hands of Andrew Fenby who strolled in for his second score.

Homer increased the lead too 34-16 but that was cancelled out by try and conversion, late on,  from Anscombe to set up a tense finale, however Irish held out and came away with the victory.

London Irish play their remaining two European fixtures against Grenoble and Rovigo in January as they continue their pursuit of a quarter final place.