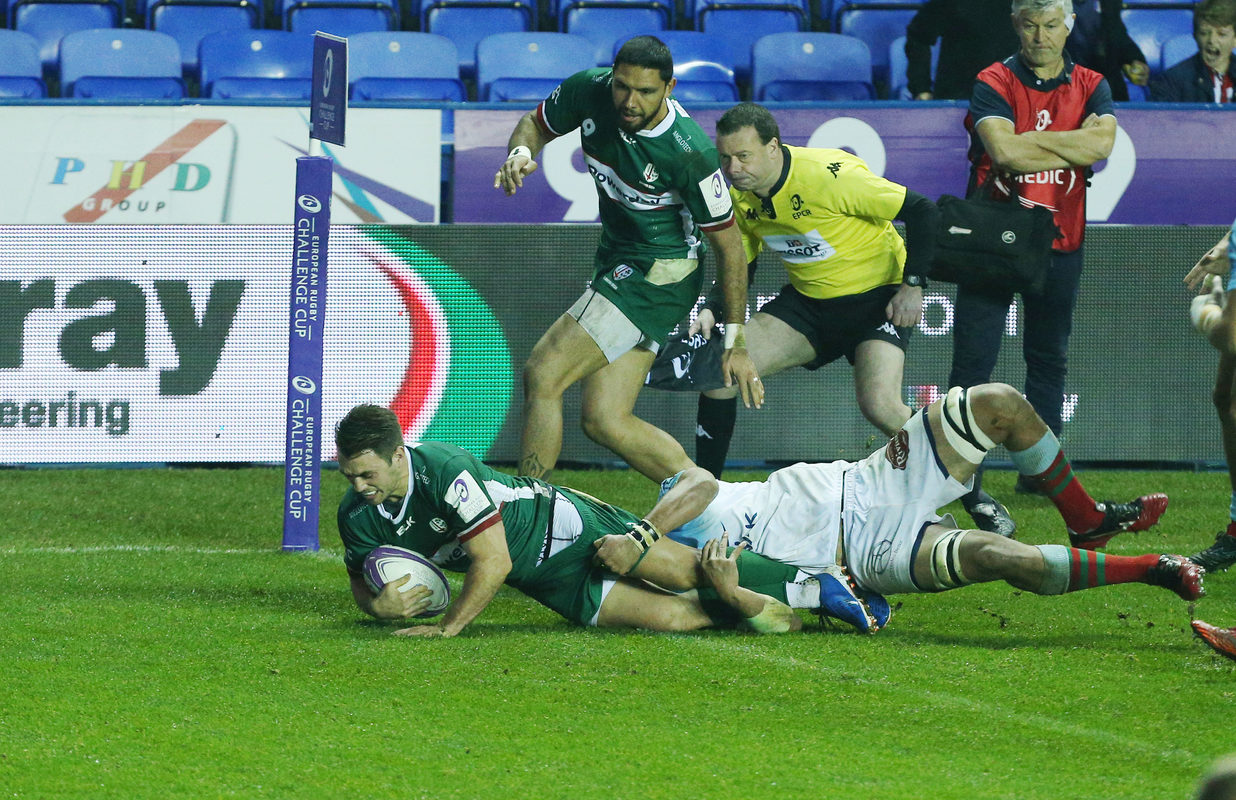 London Irish got their European Challenge Cup campaign back on track, scoring seven tries in a fantastic victory at the Madejski.

Five first-half tries and two second half efforts saw the Exiles prevail against a spirited Bayonne team, who are currently sitting fourth in the Top 14.

The visitors made the better start to the match and took the lead after six minutes of play. Brandon Fajardo put the ball high and with Irish unable to gather, the ball was fumbled and fell nicely into the hands of winger, Arthur Duhau who crossed in the corner. Farjardo added the extras to give Bayonne a 0-7 lead.

The Exiles crossed for their first try six minutes later, Alivereti Veitokani dotting down after another kick caused defensive disruption. Paddy Jackson kicked to the corner where Stephenson and Hassell-Collins were able to force the turnover and the Fijian had a simple run in from a few metres out.

The tries kept coming, three in the space of six minutes. Bayonne prop Toma Taufau barged his way over the line after some powerful work from his forward pack. Paddy Jackson responded minutes later with a nice show and go to split the visitors defence and dot down under the posts for his first try for the club. Jackson converted to make it 12-14.

The French side stretched their lead again straight from the restart. The visitors won the aerial battle and passed to Duhau, who was over for his second try.

Julien Tisseron, the Bayonne full-back, was shown a yellow card for a deliberate knock on and from the resulting penalty, Jackson kicked to the corner and the forwards did the rest, with Albert Tuisue coming up with the try. Jackson’s conversion levelled the scores at 19-19.

It was déjà vu minutes later, the Exiles again failing to gather the restart and Matt Luamanu charged over for his side’s bonus-point score. Seven minutes from half time the visitors led 19-24.

Tom Stephenson got himself on the try scoring sheet before the break and Meehan grabbed his second of the day, both scoring great individual efforts to give Irish a 31-24 lead at half time.

The Australian duo of Saia Fainga’a and Ben Meehan added tries to the Irish tally early into the second half. The hooker was carried over by his forward pack and Meehan snipped from a five metre scrum to score in the corner. Jackson added both conversions to put daylight between the sides at 45-24.

The visitors pulled a try back with just over 15 minutes of the match remaining, their forward pack again showing its strength, but Irish held out for a resounding 45-31 bonus-point win.

London Irish return to Gallagher Premiership action next week with a trip to Bristol, before European Challenge Cup action returns with a double header against Toulon. For tickets, please click here.