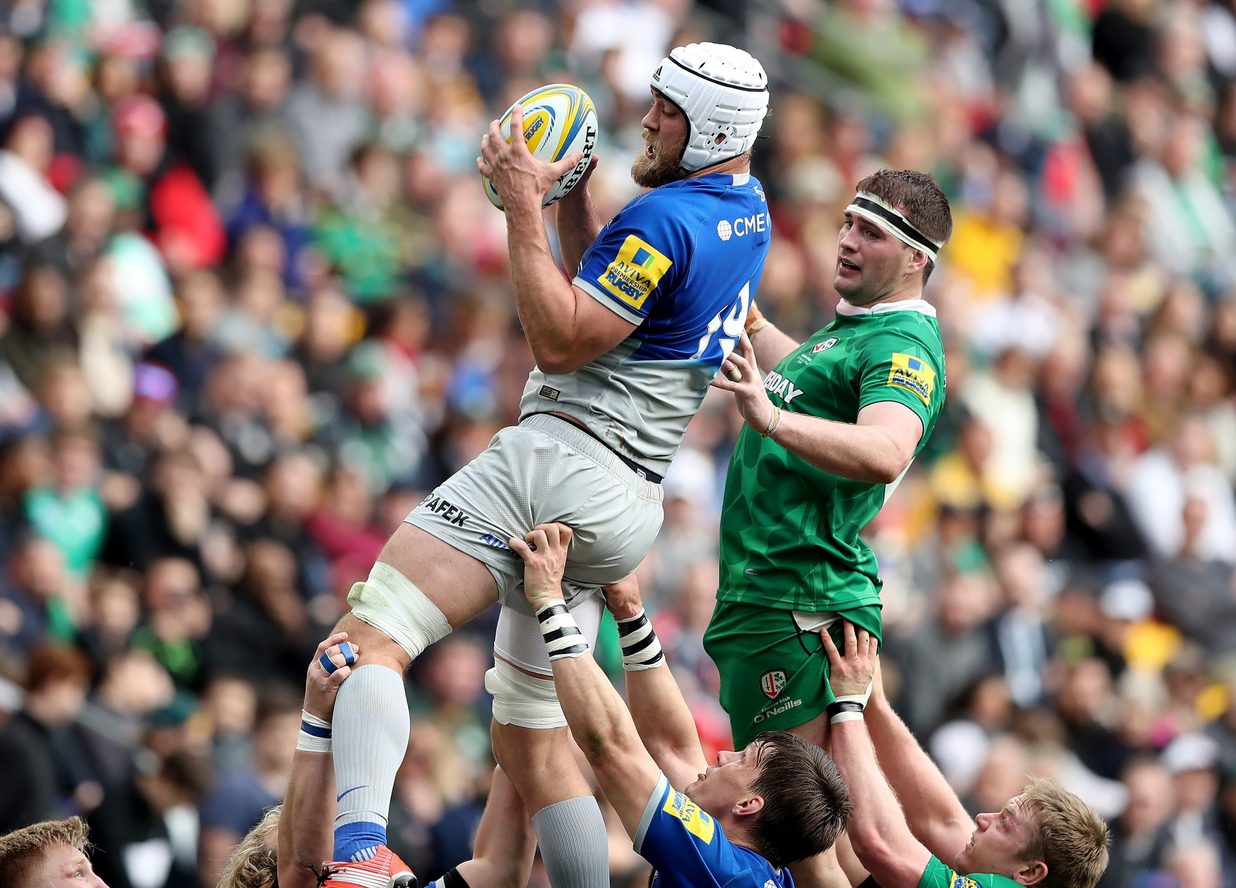 The ground breaking Premiership fixture, the first to be played outside of the UK, went down to the wire until a late Nick Tompkins score denied Irish a losing bonus point after they led 13-7 at half time

Over 14,000 supporters were in attendance for this historic occasion and witnessed three tries, two for Saracens scored by Alex Goode and Tompkins and one for the Exiles, scored by Alex Lewington.

London Irish made an exciting start, attacking the Saracens line with intent and were unlucky not to score the first try of the game as the TMO judged Lewington to be in touch just before grounding the ball.

Greig Tonks, making his first start for the club, got his side on the scoreboard after 10 minutes with a straightforward penalty goal after an early infringement in the lead up to Lewington's no try.

Alex Goode, who was earlier this week released from the England squad, showed the national selectors what he can do with a fantastic individual score. The full back evaded two attempted Irish tackles to score under the posts. Ben Spencer added the extras to put Saracens 3-7 ahead.

Lewington was not to be denied a second time as he finished off a fine flowing Irish attack to dive in under the posts after 19 minutes of play. Scott Steele and Tonks were instrumental in the lead up and their quick hands allowed Lewington the space to finish off the try. Tonks converted to make it 10-7.

The Scotland international added a penalty on 26 minutes to extend his sides lead to 13-7, which is how it remained until the break. Saracens would have been level had Ben Spencer not missed two penalty attempts which, by his standards, should have been kicked.

Alex Goode took over the kicking duties at the start of the second half and quickly got his side on level terms with two efforts within 10 minutes of the restart to level up the game at 13-13.

The full back, who was rightly named Man of the Match, edged his side ahead with 55 minutes of the game played as Irish ill-discipline cost them dear.

The goal kicking battle continued and, after a great break from scotland international Sean Maitland put Irish on the front foot in a great attacking position, Saracens were forced to infringe and give Greig Tonks the opportunity to level the score at 16-16 which he duly did.

With 10 minutes remaining and both sides looking a little fatigued, Goode kicked his fourth penalty goal of the half to make it 16-19.

Chasing the game, Tom Coventry's forward pack drove into the heart of the Saracens defence to earn themselves a penalty. Irish opted for the posts and the decision wasn't rewarded as Tonks' effort drifted wide.

Nick Tompkins fortuitously crossed for his side's second try after an array of charged down kicks saw the ball fall at the feet of the Saracen who ran in unopposed.

Alex Goode added the conversion with 10 seconds left on the clock to make the final score 16-26.

The Exiles return back to London tomorrow afternoon to start preparing for next Sunday's St Patrick's Day Game fixture against Gloucester at Madejski Stadium.