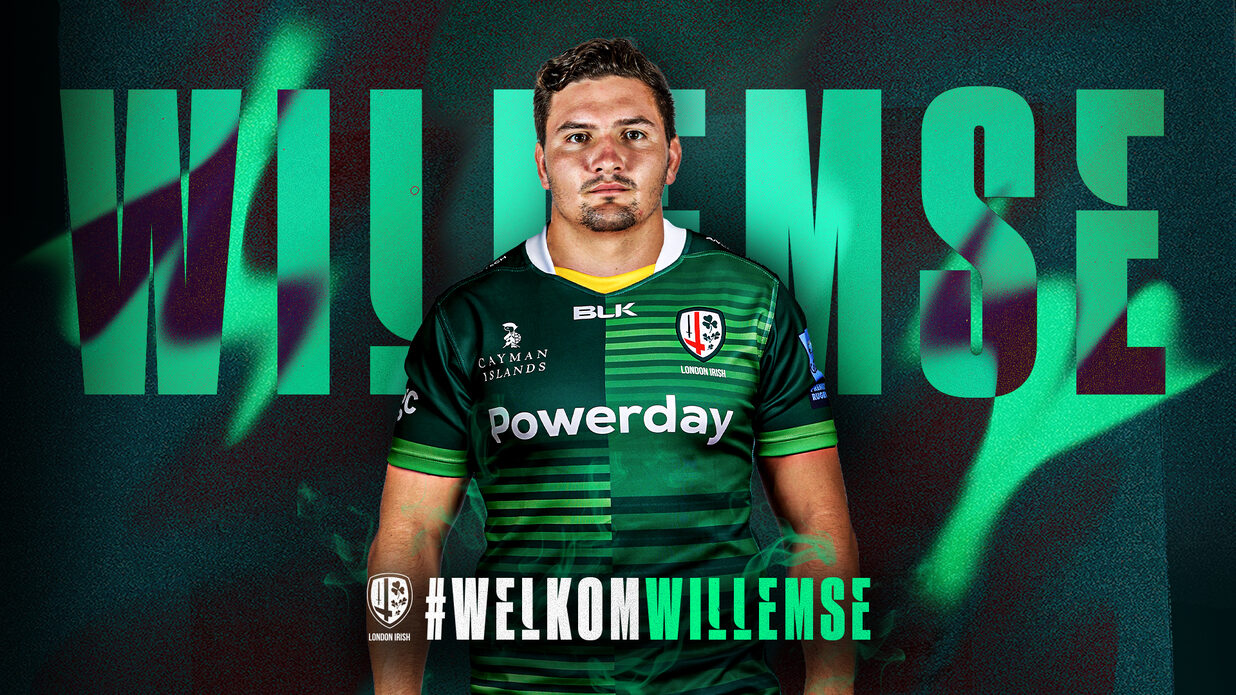 London Irish will complete the signing of hooker Mike Willemse ahead of the 2021/22 season.

The 28-year-old South African, who is currently plying his trade for Edinburgh in the Pro14, will join the Exiles in the summer.

“It’s a great opportunity for me to join a club that is enjoying an exciting new chapter in London, at an incredible new stadium.

“The attractive brand of rugby and results being displayed by the team of late speaks volumes of the direction the Club is heading at the moment, and I can’t wait to contribute in any way possible.”

Willemse has spent the last two seasons with Edinburgh, making 34 appearances and scoring five tries during that period.

Earlier in his career, the hooker came through the ranks at the Eastern Province Kings, while playing Varsity Cup rugby with UCT Ikey Tigers.

Following the conclusion of the 2013 Varsity Cup, Willemse was called up to Western Province’s Vodacom Cup squad where he made his first team debut against Argentinian side Pampas XV.

Willemse made his Currie Cup debut during the same campaign as he came off the bench against the Sharks. The hooker was named in the Stormers Super Rugby squad for the 2014/15 season.

The Cape Town native joined Southern Kings in 2017 and made 36 total appearances for the Port Elizabeth outfit, scoring five tries, before joining Edinburgh.

Willemse has represented South Africa at under-20 level, where he scored two tries in three appearances at the 2013 IRB Junior World Championship held in France.

Declan Kidney is looking forward to welcoming Willemse to the Exiles in the summer, commenting: “Mike will bring good quality and experience to our front row.

“We’ll have some strong competition at hooker next season and Mike will certainly add to the options available.”