Exiles Through the Ages 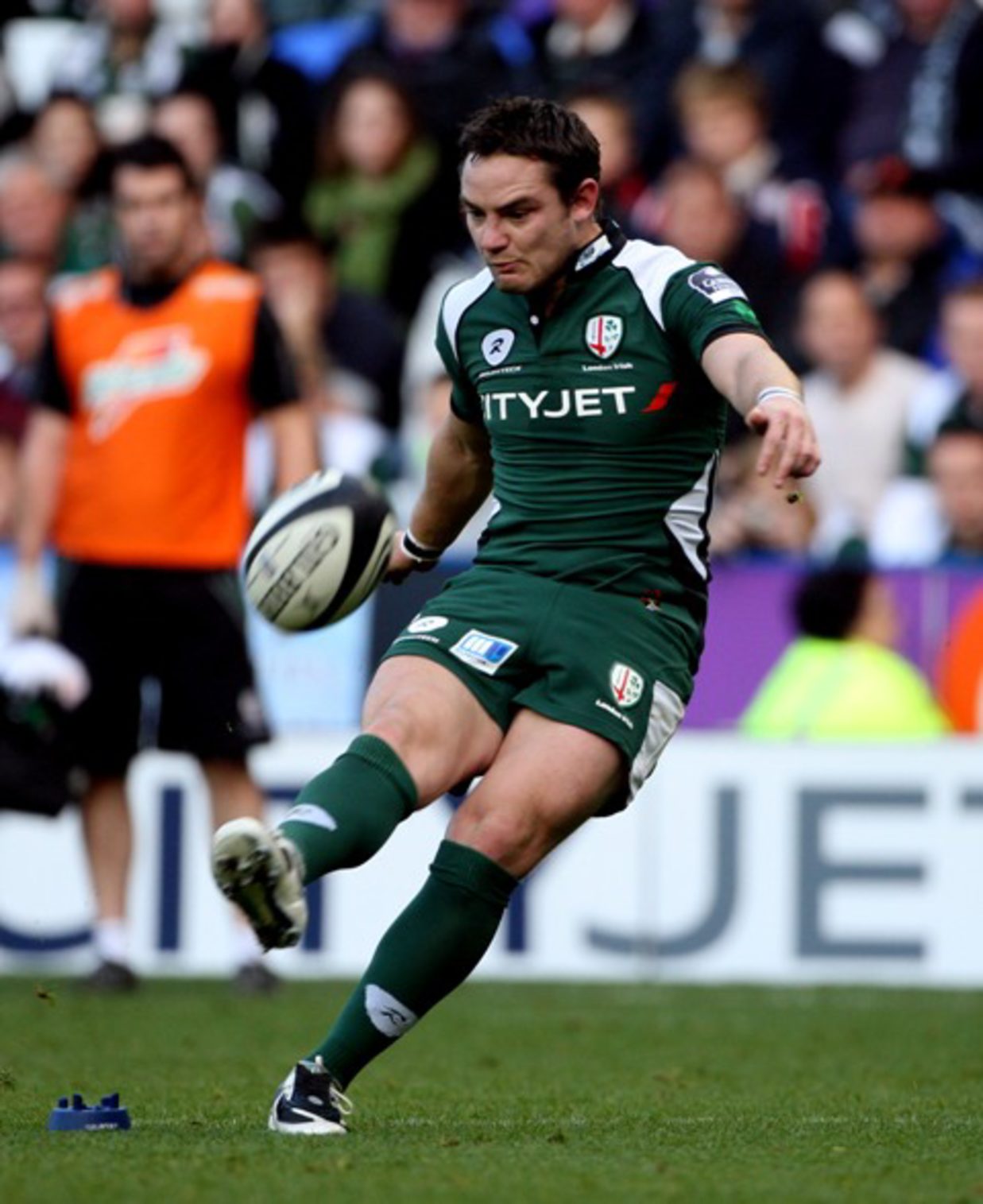 This week Irish face a trip to the fortress that is Welford Road to play a Leicester side fresh off the back of a 45 - 0 rout at the hands of Bath.

Ahead of the game, here at the Hazelwood offices we decided to recount our favourite memories of past encounters between the two sides, and to launch the brand new feature 'Exiles Through the Ages' where, for every away game, we will list our Top 5 moments from fixtures past, with this week’s focus being of course, London Irish vs Leicester Tigers.

At Number Five we look back to November 2005 where the Exiles denied the Tigers their first home win of the season. As the game entered the closing ten minutes Irish found themselves seven points behind at 24 - 17.

Under pressure Leicester fly-half Jeremy Staunton had his clearance charged down behind his line and Matt Garvey touched down in the corner to give a young Tom Homer a chance to level the scores from the touchline.

Homer landed the conversion and despite a last-gasp drop goal attempt from Toby Flood that sailed tantalisingly wide, Irish held on for the draw.

Number Four sees us go back to 2009 and Irish's debut at the Premiership Final. The event itself and the achievement of reaching the final alone would have merited the game an appearance in this shortlist. However, 22 seconds into the game Peter Hewat gave Irish the dream start by casually collecting a sliced clearance from Sam Vesty and having a pop at goal, giving Irish an early lead.

Former captain Mike Catt grabs the bronze medal and Number Three in our list, his 71st minute drop goal insuring victory for the Exiles in 2008 over the Tigers. With Shane Geraghty forced off the pitch after 34 minutes it was World Cup Winner Catt who steered the ship for Irish, leading them to a six-point advantage with nine minutes to go. And it was Catt who put the final nail in the Leicester coffin and secured victory, hammering a drop goal from 40 meters out which flew just inches over the bar to secure a 22 - 13 win.

Boxing Day 2006 is the setting for Number Two, and a Barry Everitt penalty that saw Irish home in a 51 point thriller between the two sides. With the scores at 23 - 18 it was replacement Everitt who stepped up to slot a penalty in the 71st minute to give Irish an eight point lead, a buffer that would prove crucial as the Tigers struck back through an Alesana Tuilagi  try and an Andy Goode conversion in the closing moments, leaving the score 26 - 25.

And at Number One, and claiming Gold in the inaugural 'Exiles Through the Ages' is Ryan Lamb, and a kicking master class to gain revenge over the Tigers the season after Irish's Premiership Final loss to Leicester.

16,199 packed into the Mad Stad to see a repeat of the previous season's final, and the home supporters were not disappointed. In a game where all 30 points were scored from the tee the match became not a 'David versus Goliath' but rather a 'Lamb versus Staunton' as the two fly halves went blow for blow with the boot.

And it was Lamb who came out on top. Six minutes from time the Irish fly half stepped up to land his sixth penalty and secure an 18 - 12 victory for the Exiles.

So there you have it, our top five moments from Irish v Leicester throughout the years. Keep an eye out for the next 'Exiles Through the Ages' ahead of our clash with Exeter Chiefs at Sandy Park on Saturday 11 September.