Exiles Through The Ages - Wasps 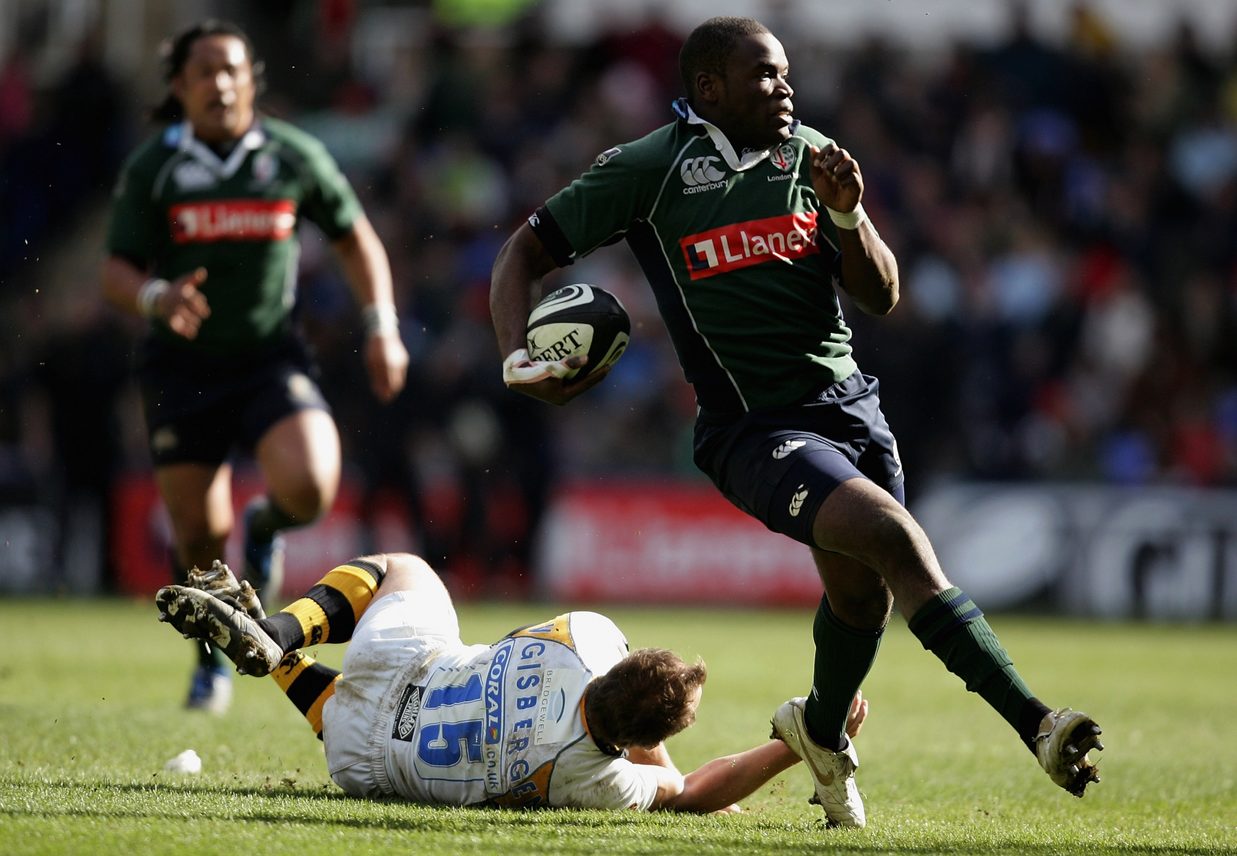 This latest’s edition of Exiles Through The Ages looks back over some of London Irish’s best Premiership results against one of their great rivals.

On Saturday 16th May the Exiles welcome Wasps to the Madejski. A Club with Premiership and European honours, Wasps are always a tough team to play. This season, following moving to Coventry, Wasps have been rejuvenated and they are now within touching distance of the Premiership play-offs.

Our first game sees London Irish win on the road versus Wasps in the Allied Dunbar Premiership. 1998 is the year, and an Exiles side featuring the likes of Conor O’Shea, Peter Richards and Zak Feau’nati travelled to Loftus Road to face Lawrence Dallaglio, Kenny Logan, Simon Shaw and co.

In a high scoring match, which featured six tries in total, the Exiles came away with a 19 – 38 win, O’Shea, Feau’nati, Ian McLaughlin and Daivd Humphreys all adding tries to Niall Woods’ 18 point haul from the tee to claim an historic victory over the Club’s then London rivals.

The next stop is an even more impressive score line from 2006. 93 points in total were scored in this clash at Adams Park, as every player from ten to fifteen crossed for the Exiles, Topsy Ojo and Riki Flutey each picking up a brace as Irish saw out a 37 – 56 victory in Wasps’ back yard.

14 tries were scored in total, ending Wasps’ 16-month unbeaten home league record and securing the Exiles’ their place in the semi-finals.

The 2007 St. Patrick’s Party is next, a game memorable for many reasons and none more so than a certain Juan Manuel Leguizamon try that never was.

22, 648 packed into the Madejski to set a new Premiership record as London Irish celebrated the St. Patrick’s party in style, edging a close 16 – 13 win.

Topsy Ojo scored the only try of the day, Leguizamon booking his place in blooper reels for years to come after dropping the ball midway though an acrobatic dive over the line, leaving him in a heap in the in-goal area with his head in his hands.

Luckily for the Argentina international, Irish did not go on to rue the calamitous error. Flutey, who joined Wasps the following season, landing the winning penalty with six minutes to go.

Our penultimate fixtures sees a 21 point haul from the boot of Tom Homer secure Irish the victory.

November 2011 and London Irish edged an attritional affair, 38 points coming through shots at goal as both sides gave away multiple penalties.

In game that will go down as ‘one for the enthusiasts’, neither side offered much in terms of attacking running rugby. However, with Homer at his metronomic best, London Irish were able to see the game out to record an all important 21 – 17 win.

Christian Wade scored the only try of the game on the 79th minute to salvage a point for the visitors, but it was Homer who stole the headlines, his boot guiding Irish to victory.

The final stop in this edition of Exile Through he Ages comes in 2014, where again it was through the boot that Irish secured victory, this time with Shane Geraghty to thank.

In a closely contested encounter at Adams Park, neither side pulled away. Five penalties from Joe Carlisle and a try from current Exile, James Short, cancelled out tries from Ian Humphreys and David Paice and ten points from the boot of James O’Connor.

With seven minutes to go the two sides were locked at 20 a-piece. Irish went down to 14 men with Tomás O’Leary sent off leaving Irish with their backs to the wall and Wasps in the ascendancy.

Up stepped Geraghty as the clock wound down, dropping into the pocket to slot a dramatic late drop goal to take the lead, and the win, for Irish.