Exiles Through The Ages – Sale Sharks 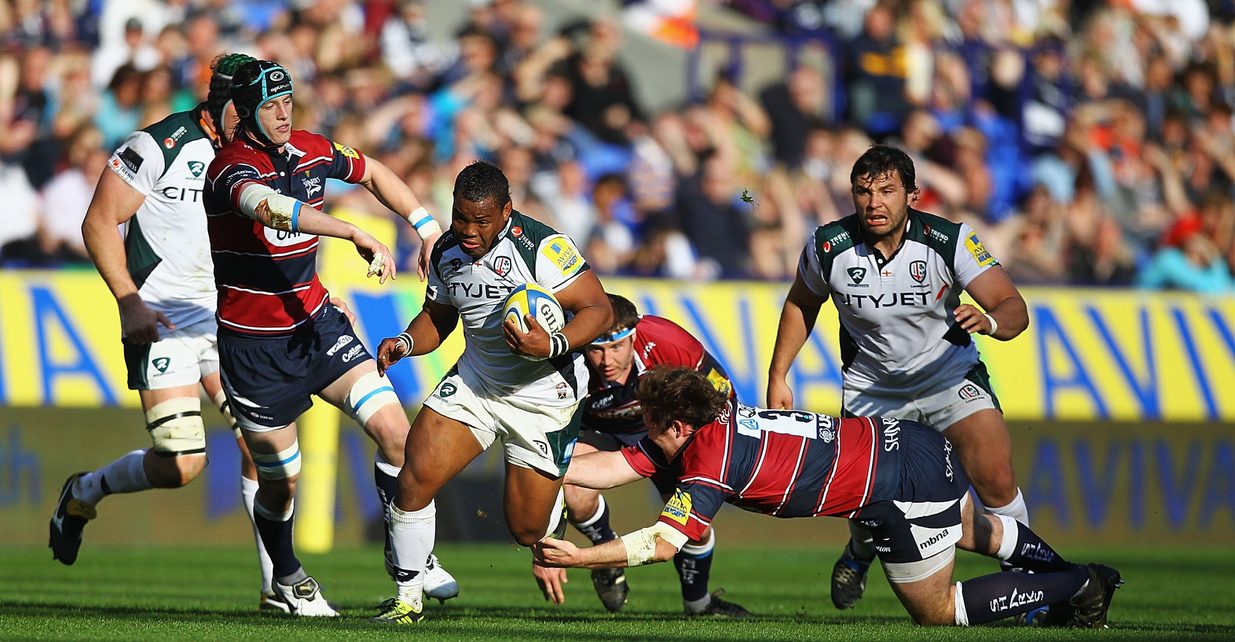 London Irish and Sale Sharks lock horns at the Madejski Stadium this weekend in what is a crucial Aviva Premiership encounter for both teams.

The Exiles know a win will keep them hot on the heels of Newcastle Falcons and a win for the side from the North-West will see them stay well in contention for a place in the Top 6 and a step closer to securing a Champions Cup berth.

The two sides have had some tough battles in the Premiership in recent seasons and, ahead of Saturday’s contest, we recall our favourite memories of past encounters between the two.

At number five we go back to April 2015 where an Alex Lewington brace ensured a 25-23 victory for London Irish at the Madejski Stadium. Andrew Fenby ran in for a try of his own to go with 10 points from the boot of Chris Noakes which saw Irish secure their seventh Premiership win of the season.

Number four sees us go back to the final Premiership game of the 2013/14 season and another narrow win for London Irish. This was to be the final appearance in a London Irish shirt for Marland Yarde and James O’Connor. Yarde crossed for a try and O’Connor kept the scoreboard ticking over with the boot to see Irish prevail 22-20.

At number three is the contest on 31st March 2013 with another entertaining battle between the two sides as the 8,000 strong crowd were witness to a try-fest as the two teams drew. Nick Macleod's last-minute penalty earned Sale Sharks a pulsating 33-33 draw.

Halloween 2010 is at number two and saw Irish earn a bonus point win over their North-West counterparts to go top of the Aviva Premiership table thanks to a last-gasp try from winger Jonathan Joseph. Ryan Lamb, Joseph and George Stowers had run in tries to help Irish establish a 26-6 lead as the final quarter loomed. The Sharks fought back, however two late penalties from Lamb helped Irish regain control in the final five minutes before Joseph scored the crucial fourth try amid a frantic finish.

And at number one, the 2010 St Patrick’s Day game between the two sides at the Madejski where the Exiles ran out comfortable 38-0 winners in front of 21,535 supporters. Steffon Armitage crossed for two tries, with winger John Rudd, Australian full-back Peter Hewat and prop Alex Corbisiero also touching down. Fly-half Ryan Lamb kicked 11 points and his late replacement Chris Malone converted the fifth try from Corbisiero as the Exiles secured an emphatic victory.

Tickets for this game start from £22 for adults and £4 for kids. They can be purchased online by clicking here or by calling the Ticket Office on 01189 681 016