Exiles Through the Ages – Harlequins 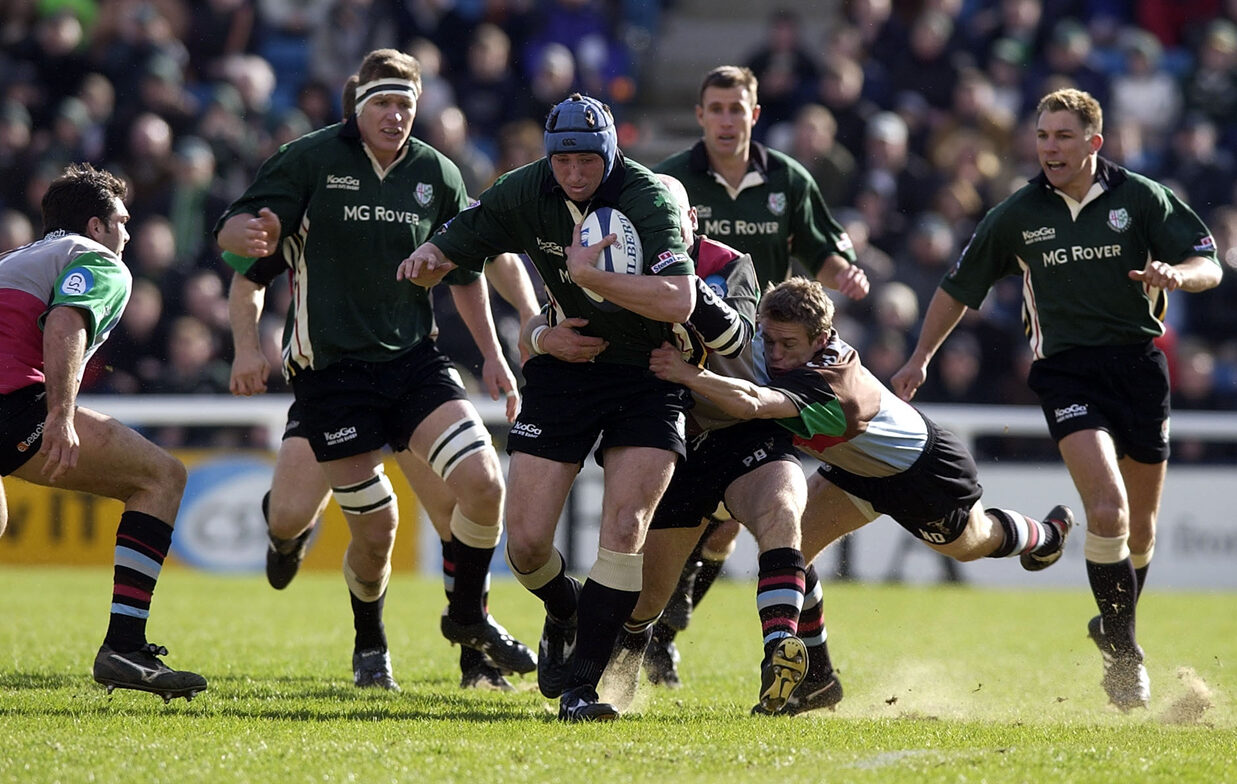 London Irish are seven points adrift at the foot of the Aviva Premiership table as we approach the Club’s final two games of the season. A win is crucial for the Exiles’ Premiership survival bid, while Conor O’Shea’s side will be looking to finish their season on a high following defeats to Saracens and Northampton Saints respectively.

Ahead of this Sunday’s clash against Harlequins at the Madejski Stadium, we have raided through the archives to find the most significant moments throughout the history of this old rivalry. With this game all to play for this bank holiday weekend, no doubt it will be another nail-biting fixture as the 2015/16 Aviva Premiership comes to an exciting climax.

At number five Harlequins outscored Irish two tries to nil, but were unable to add conversions allowing Irish to rack up the points with five penalties from the boot of Barry Everitt, ensuring the two sides drew 15-15 at the Madejski Stadium back in 2004.

At number four we look back to 19th April 2008 where 10,000 supporters witnessed a closely fought encounter which eventually saw London Irish come out on top 13-6. The win ensured the Exiles kept their top four hopes alive and dented Harlequins' play-off chances as a second-half Topsy Ojo try eventually broke down a resilient Harlequins defence.

August 2000 saw another closely fought battle between the London sides at the Twickenham Stoop. The late Jarrod Cunningham booted 17 points to go with a Richard Kirke try to confirm a 22-16 win. At our number three, this contest was a fantastic way to start the 2000/2001 campaign.

We return to the Madejski Stadium for our number two; the round five contest from the 2013/14 season. Blair Cowan and Alex Lewington both went over in the space of three second-half minutes as London Irish held off Harlequins to claim a deserved 18-13 win in the Aviva Premiership.

And at number one we take the journey back to one of the greatest days in London Irish history. Mike Catt and James Hudson crossed the line at the 2009 Premiership semi-final, played in front of a packed house at The Stoop. It was this day that we booked our place in the final at Twickenham Stadium following this 17-0 victory against Harlequins.

Join us this bank holiday weekend to relive the thrills of this derby clash. Tickets are available from only £22 for adults and £4 for juniors – click here to purchase your match tickets or call our ticket hotline on 0118 968 1016.