Exiles Through The Ages - Gloucester 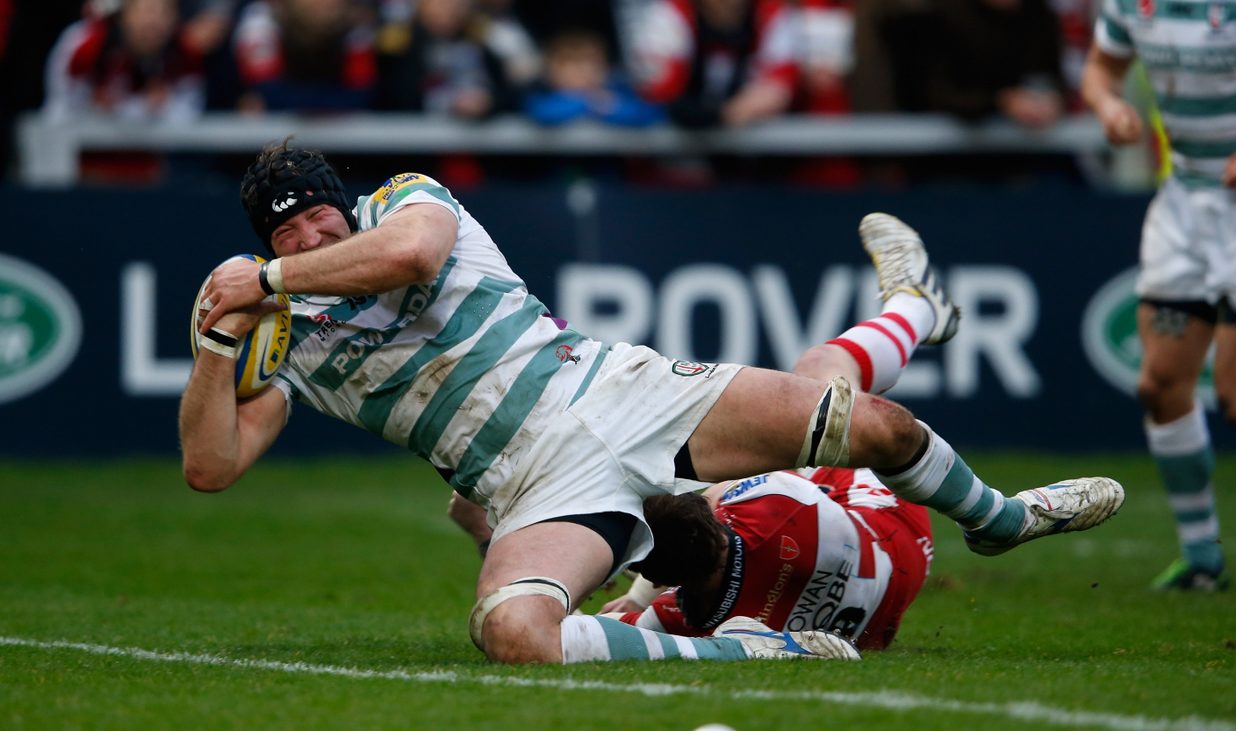 A quick glance through the records will show you that London Irish v Gloucester has usually been a high scoring affair. In fact, since 2012 alone there have been no less that 419 points scored in total in clashes between the two sides, which works out as 52 points scored per game on average. Safe to say it has always produced some exciting encounters.

This week’s Exiles Through The Ages takes a look back at some of these encounters as we recall some of the most memorable moments between the two sides in recent history.

As we approach this week’s in a chronological order our first stop is May 2006 and the European Challenge Cup Final.

In what can only be described as a rambunctious final, in which 70 points were scored, in line with the trend in fixtures between the two sides and a rarity for a final, seven tries were scored in total.

With Gloucester leading by 12 points with 15 minutes to go Irish looked down and out. But, with two tries, one a piece for Oliver Magne and another from Robbie Russell, in the final ten minutes the game was take to extra time with the scores level at 31 – 31.

Irish took the lead in the first half of extra time thanks to a Barry Everitt penalty but a last gasp James Forrester try claimed victory from the jaws of defeat for Gloucester and they took the crown.

Despite the loss it is easy to see how this game has forced its way onto this list. 70 points, extra time, a last minute winner- it has all the hallmarks of a fantastic cup final.

Next up is a game in which London Irish ran in 40 points as the Cherry and Whites could only muster 10 in reply. Two tries for Sailosi Tagickibau, one from Delon Armitage and a penalty try added to an impressive 20-point haul from the boot Ryan Lamb which saw Irish run away with the victory at the Madejski Stadium.

The win was also The Exiles’ first win of the Premiership season, and by grabbing a bonus point victory to boot it was quite a way to mark the opening of their Premiership account for the season. This form continued as Irish progressed all the way to the Premiership final that year, the first time the Club had done so in its history.

In September 2010 London Irish notched up another victory against the West Country outfit, moving up to second in the Premiership table.

A 100% kicking display from Ryan Lamb, with five from five, and tries from James Buckland and George Stowers claimed Irish the victory with a final score of 23 – 16.

In what was a relatively scrappy game, dominated by both sides ill-discipline, Irish bullied Gloucester out of the game despite the Cherry Whites fielding twelve internationals.

Our penultimate game in this week’s Exiles Through The Ages is a game in which Irish put Gloucester to the sword in a 52 – 12 demolition at the Madejski Stadium in 2012.

Six tries from London Irish, including two from Marland Yarde, and fifteen points from the boot of Tom Homer saw Irish dismantle Gloucester.

Both sides went into the game struggling for form, with Irish having only won one out of their last eight games.

However, in a season in which Tom Homer won the Aviva Premiership Golden Boot award, the full-back’s kicking was key to a huge win for Irish, both physically and mentally.

Finally we come to Irish’s visit to Kingsholm in 2013 and two tries from skipper George Skivington. In a game in which London Irish prevailed 18 – 12 away from home it was the lock’s brace that proved the difference.

Always a tough place to visit, having to deal with the 15 men on the pitch as well as a rowdy Shed, very few sides come away from Kingsholm with a win.

The fact that this is the first game on this list to have been played there is testament to the challenge Kingsholm poses as an away trip, making victory there all the more memorable.

In a season where The Exiles had previously lost three times to the Cherry and Whites, London Irish ended the host’s four month unbeaten streak at home and pulled themselves ever closer to safety from the dreaded drop zone.

That brings the latest edition of Exiles Through The Ages to a close, look out for the next instalment which will focus on past encounters with Wasps ahead of London Irish’s trip to the Ricoh Arena in the Aviva Premiership on Sunday 21December.