Exiles suffer first defeat of pre-season in Waterford against Munster 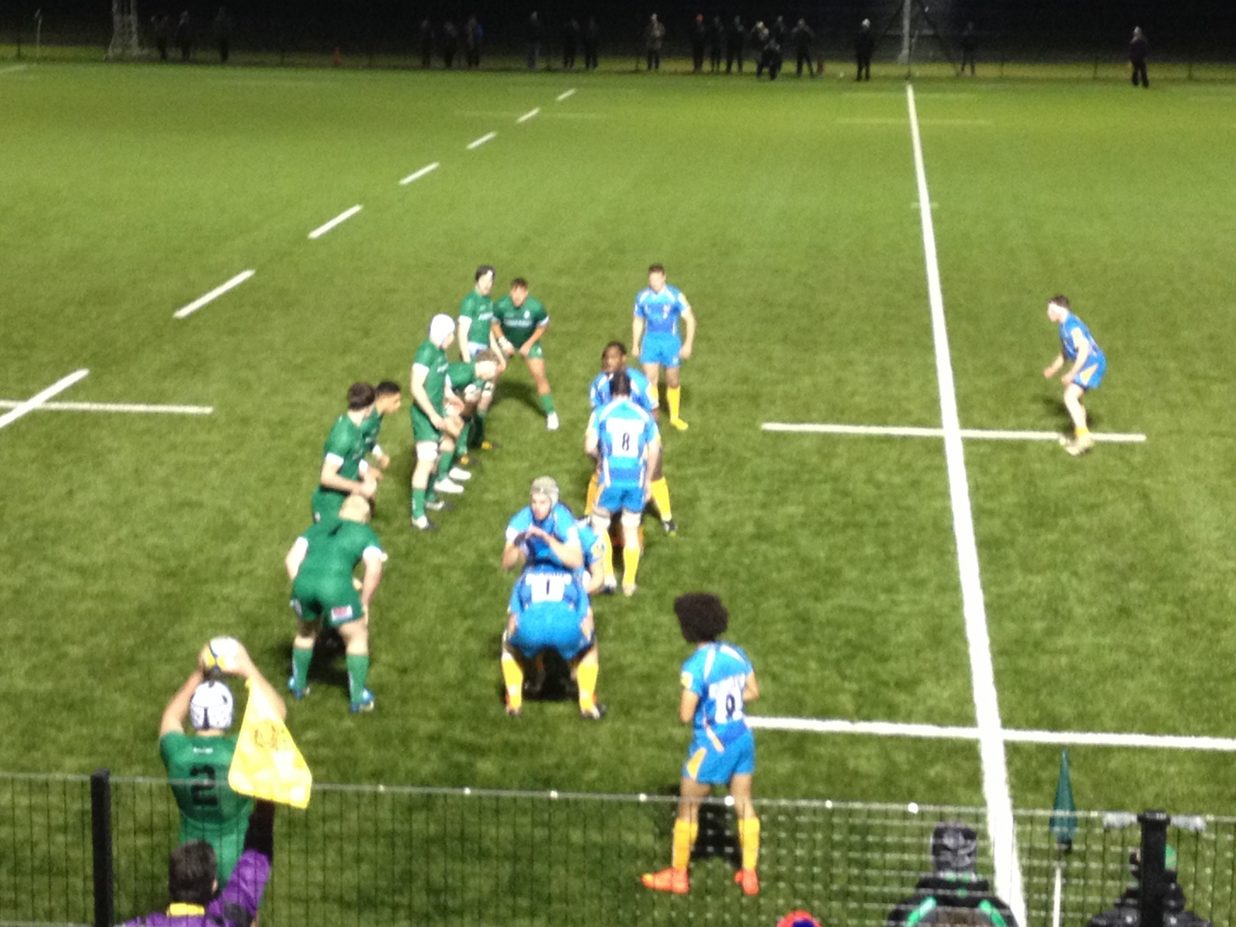 London Irish suffered their first pre-season defeat this evening going down 17-5 to Munster in front of a packed house at the Waterford RSC.

Tries to winger Ronan O'Mahoney and replacement scrum half Duncan Williams and seven points from the boot of fly half Johnny Holland were enough for the win.

Alex Lewington scored a belter of a try just on the stroke of half time to give Irish hope, however they were denied possession in the second half an were unable to mount a comeback.

Irish fielded a much changed side from the team that narrowly defeated Bristol at Hazelwood last Friday evening with David Paice and Halani Aulika the only survivors from the starting line-up.

In a hard fought first half where neither side gave an inch, it was the defensive effort that was visibly noticeable. Both teams enjoyed pressure in their opponents half but failed to register any points on the scoreboard.

Tom Fowlie and Guy Armitage were working well in attack and Matt Parr and Halani Aulika were holding up their end of the scrum, putting the hosts front row under plenty of pressure.

Donnacha O'Callaghan and Jebb Sinclair were sent to the sin bin just before the break for an altercation off the ball and it was Munster that took advantage of the extra space.  After sustained pressure inside the Irish red zone a lofted pass from out half Johnny Holland allowed winger Ronan O'Mahoney a simple stroll over. Holland added the extras to give his side a 7-0 lead with only two minutes remaining until half time.

Irish responded immediately thanks to individual brilliance from first, Tom Fowlie and then Alex Lewington. The young Academy star, playing at outside centre, took the ball to the line challenging the hosts defence before executing a basketball style pass to Alex Lewington  who finished well in the corner with limited space. Myles Dorrian's conversion attempt went wide and at half time it was Munster that led 7-5.

The second half was dominated by Munster, with Irish constantly on the back foot defending for long periods of time in their own 22. Replacement scrum half Duncan Williams, orchestrated play well and added real tempo to his side's play. After his forwards went through the phases Williams was on hand to dart under two defenders from short range for the score. Holland kicked his second conversion to stretch Munster clear at 14-5.

With only 15 minutes remaining the Exiles were looking to chance their arm and play from their own territory. They paid the price when Andrew Fenby was penalised for holding onto the ball and Johnny Holland punished the error with three more points.

The Irish province should have had their lead cut after great play by London Irish down the right hand flank was not fully utilised when the try was certainly on.

Neither side added to the scoreboard for the remainder of the match and it finished Munster 17 London Irish 5.

The Exiles will travel back to London tomorrow to prepare for the start of the Aviva Premiership season and the London Double Header at Twickenham against local rivals Harlequins next Saturday.

Hoskins ready for 'special' Sunday at the BCS!