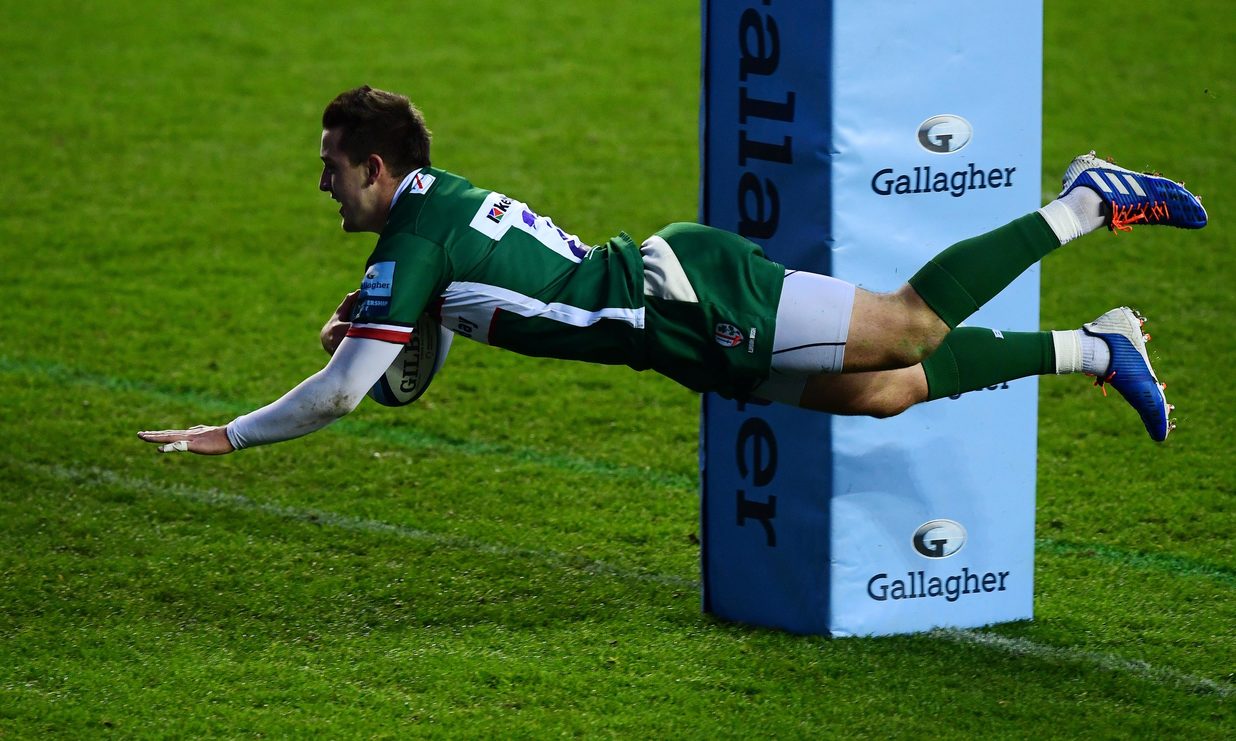 London Irish crossed for five tries in a scintillating display at the Madejski Stadium this afternoon, defeating Leicester Tigers 36-11.

The Exiles went over for their first score of the afternoon after eight minutes. Tigers ill-discipline allowed London Irish possession and field position. Ollie Hoskins, fresh from signing a new contract earlier in the week, was bundled over by his forward pack from a rolling maul five metres out, giving his side the perfect start.

Tom Hardwick reduced the deficit on the 15-minute mark, Irish penalised for being offside in defence, and the young centre made no mistake with his penalty kick, 5-3.

Irish responded emphatically with a second try straight off the training ground. Ben Loader scoring off first phase, receiving a delayed pass in the midfield to split the Tigers’ defence. The winger had just enough momentum to ground the ball over the Tigers’ try line. Myler’s conversion extended the hosts lead to 12-3.

The home side never quite got away from the Tigers and another Hardwick penalty reduced the arrears to just six points with the score 12-6.

Stephen Myler kicked a penalty goal just before the break to give London Irish a 15-6 lead, but the best moment of the half was saved for just before half-time. The Exiles turned the ball over in defence and went 80 metres up the other end to dot down for their third try of the match. Ruan Botha cut a brilliant line five metres out to score his second try for the club. Myler’s conversion made it 22-6 at the break.

The second half was a very stop, start affair with the visitors dominating possession for the most part of the third quarter.

It took 25 minutes for the first points to be scored and it was worth the wait. Two debutants Nick Phipps, on as a replacement, and Waisake Naholo combined brilliantly to secure the Exiles the try bonus-point. The Australian scrum-half executed a pinpoint cross-field kick which was gathered, and expertly finished, by Naholo. Stephen Myler converted to make it 29-6 to the home side.

Irish’s final try came in the form of Tom Parton who, on as a second half replacement, raced clear to score a length of the field try after a great defensive effort saw the ball dislodged in the Tigers midfield. Nick Phipps added the extras to record his first points in a London Irish shirt.

Declan Kidney’s side are in European Challenge Cup action next Saturday, with a trip to West Wales to take on Scarlets. Click here to get tickets to the next home game!