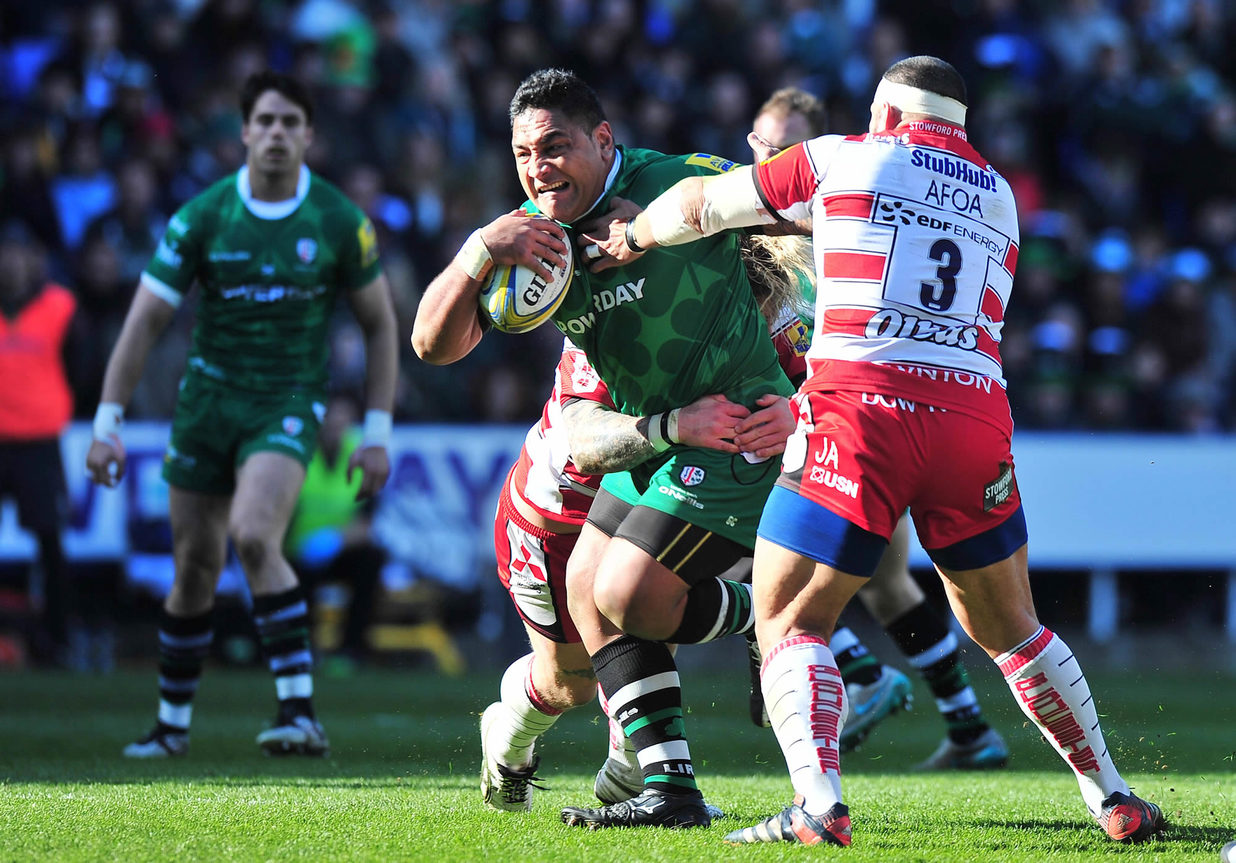 Relentless, unity and passion were the key ingredients for London Irish as they secured a precious 23-18 victory over Gloucester to close the gap on Newcastle Falcons at the foot of the Aviva Premiership table.

Five points is all that separates the Exiles from their Tyneside counterparts, with Tom Coventry’s charges locking horns with the Falcons next month. Blair Cowan’s decisive try 10 minutes from time ensured the spoils for Irish in front of a crowd of just under 18,000. The Exiles’ superiority in the scrum was evident throughout the afternoon, their dominance earning a series of penalties which put the Cherry and Whites on the backfoot. Irish now gear-up for a date with Worcester Warriors at Sixways next weekend, looking to record successive victories as the survival bid gathers pace.

London Irish’s game management, coupled with nerves of steel won the day and sparked scenes of jubilation at full-time. Irish began the game in confident mood, looking to utilise the electric pace of Alex Lewington and Topsy Ojo out wide – the duo a constant threat.

However, with less than five minutes on the clock, Gloucester thought they were over for the first try of the contest when Billy Twelvetrees eased in under the posts. The England capped centre got on the end of a neat defence-splitting move after Henry Trinder’s kick-through, but the television match official ruled an offside in the build-up.

The warning signs were certainly there, but the Exiles kept their composure to take the lead on 10 minutes through Halani Aulika. Johnny Williams and Topsy Ojo were the catalysts, carving open Gloucester’s rearguard with back-to-back line breaks to set the platform for the stocky Tongan to crash over from the base of the ruck. Greig Tonks added the extras to give the Exiles the early advantage at 7-0.

A James Hook penalty two minutes later reduced the deficit to 7-3, before Tonks restored the Exiles’ seven point advantage with a penalty of his own.

The Scotland international had the chance to edge Irish further ahead with a penalty on 27 minutes, but his effort was hooked wide of the upright.

With half-time looming, Gloucester number eight Lewis Ludlow got his side on level terms, burrowing his way across the whitewash. Hook’s conversion from directly in front of goal made it 10 apiece going into the break.

Tonks and Hook traded penalties in the opening exchanges of the second period with the score poised at 10-10, before the visitors went ahead just short of the hour mark through Trinder. The pacey winger latched onto a chip over the top to squeeze in at the corner, with the TMO giving his approval. Hook failed to convert the touchline conversion and Gloucester led 18-13.

The Exiles began to turn the screw on Gloucester up front, with the hosts displaying their dominance in the scrum, which led to yellow cards for Yann Thomas and Tom Savage. Four successive scrums took place before referee Matt Carley lost his patience.

Irish were camped inside Gloucester’s 22 for the majority of the last quarter of the game, and they got their reward thanks to Blair Cowan, who added the finishing touch to an effective rolling maul. Tonk’s conversion from an acute angle put the Exiles 20-18 ahead.

And with four minutes remaining, Tonks sealed the win with a penalty to end the game 23-18 and spark joyous celebrations at the Madejski Stadium.