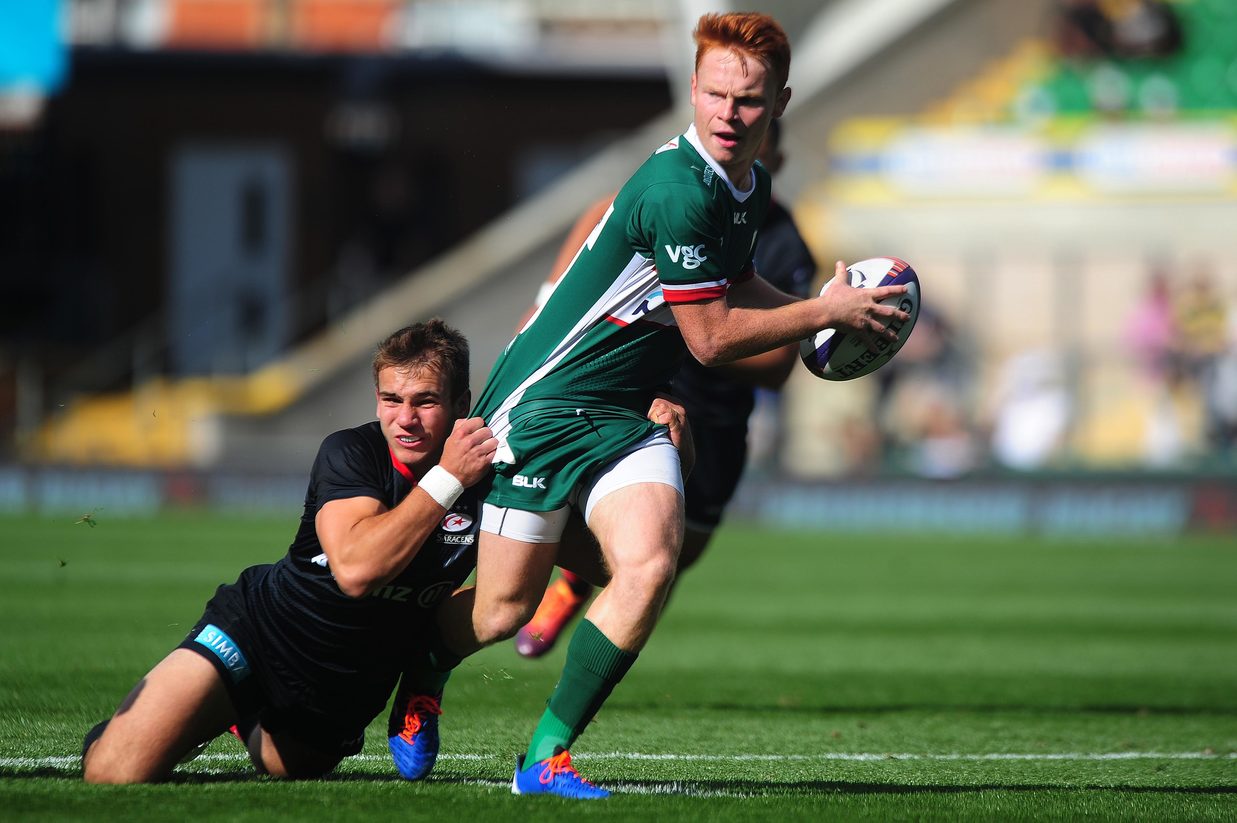 London Irish’s first taste of rugby in the 2019/20 season came in the form of the Premiership Rugby 7s at Franklin’s Gardens.

Spread over two days, the Exiles pitted themselves against the likes of Gloucester, Exeter and Saracens.

The curtain raiser fixture of the competition saw Irish take on Gloucester and it was the Sunbury-based side that started quicker out of the blocks.

Two tries apiece from Femi Sofolarin and Timi Olopade and one from Jack Cooke got London Irish off to a great start to secure a 27-19 bonus-point victory.

Next up for the squad was Exeter, with the South West outfit playing in their first match of the day.

The Chiefs showed a clinical edge to run out 32-10 winners, with tries from Sofolarin and Olopade not enough to halt Exeter.

At the close of the first day, Irish finished second in their pool, which was enough to see them through to the Quarter-Finals to meet Saracens.

Another Sofolarin score, mixed with a ferocious 45 metre solo effort from Phil Cokanasiga, gave the Exiles hopes of reaching the Semi-Finals. However, a strong flurry from Saracens ensured they grabbed a 24-14 victory, ending London Irish’s Premiership Rugby 7s campaign.

The Exiles are next in action on Saturday 21 September in the Premiership Rugby Cup, travelling to Gloucester.

Get your tickets for home fixtures by clicking here.